"When you work for years to champion a road project & right when you're about to go into construction, to have a loss of life just adds to the pain," said Eads. 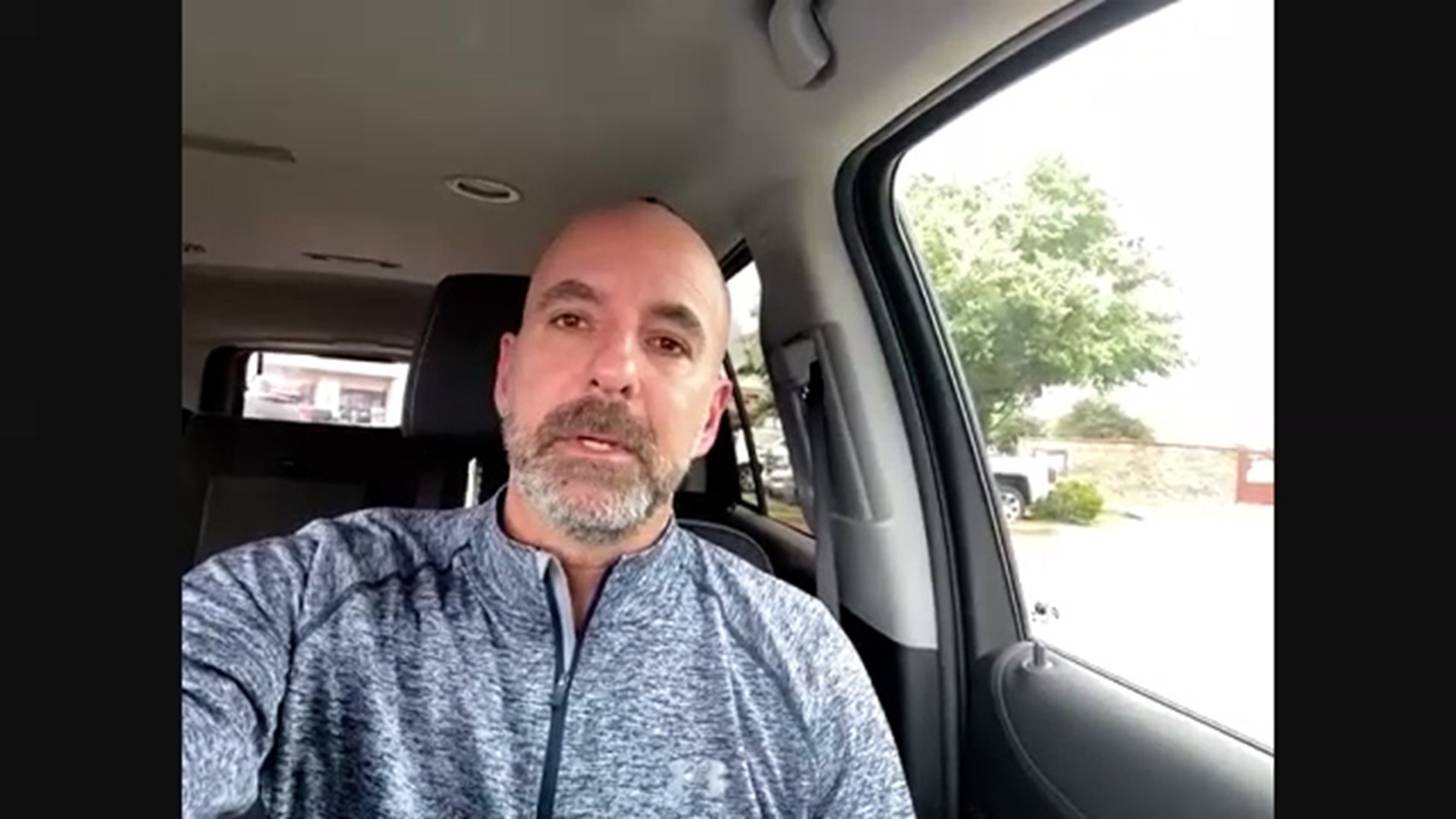 DENTON COUNTY, Texas — Editor's note: The above video is an interview with an uncle of one of the victims in Sunday's crash on Highway 380.

Sunday's tragic crash is sadly not an uncommon scene to Highway 380 through Collin and Denton counties. This weekend's head-on collision killed three people and injured 3 others.

"I don't think you can truly get it until you lose somebody. When is it going to be enough?" said Kristan Rice-Kinsey, who lost her husband Cameron on the road five years ago.

Cameron Rice died the week before Christmas and the day after his son's birthday. Rice-Kinsey told WFAA that her husband was also a victim of on-coming traffic.

"The wreck that happened yesterday is very close to the same spot my husband's wreck happened," she said referring to the area of 380 and Rockhill Road.

The complaints about Highway 380 have been going for years. We've heard residents talk about high and low speeds, no medians, bad drivers, poor configuration, and congestion.

"When you work for years to champion a road project and right when you're about to go into construction — to have a loss of life, this just adds to the pain," said Denton County Judge Andy Eads.

Eads said the county continues to work with city partners and The Texas Department of Transportation (TxDOT) to alleviate the issues surrounding the highway. He too has heard the complaints from residents and says all entities are working to address them. TxDOT has a both a $140 million and $21 million project set to address issues on Highways 380 and 377. Plans include adding a raised median with left and right turn lanes and widening Highway 380 with grade separations at intersections.

RELATED: 'She was a fighter:' Family mourns loss of Highway 380 crash victim, who was bride-to-be and 3x kidney transplant survivor

But you can't about the fixes without talking about the exponential growth here in northern parts of Collin County and eastern parts of Denton County. For example. Celina, Prosper, and Providence Village have all seen population increases of more than 100% since 2010.

"It does create a strain on our infrastructure, and 380 is a perfect example," Eads said. "The eastern part of Denton County is the fastest-growing part along the 380 corridor."

Construction should start by the end of this year and is expected to finish by 2023. TxDOT is currently in the process of conducting a feasibility study on additional measures to be taken to address the growing congestion in the area.

RELATED: 'Click it or Ticket' campaign is back ahead of Memorial Day weekend

"TxDOT’s primary mission and top priority is safety. We have several projects identified along US 380 to improve safety and mobility in the region. There is a $21 million project currently under construction from Loop 288 to US 377. The project will add a raised median with left and right turn lanes on US 380 and is estimated to be completed in late 2023, weather permitting. There is also an estimated $140 million project that will begin later this year from the US 377/US 380 intersection to the Collin County line that will widen US 380 from four to six lanes with grade separations at major intersections. In addition, TxDOT is also conducting a long-term feasibility study to analyze potential transportation options, including improving the US 380 existing alignment or utilizing new alignments."

"I lived right there in Aubrey right off the 380 corridor, and I left because of 380," Rice-Kinsey.

For her, Sunday's crash was a heart-breaking reminder she made the right choice. It's also a reminder to all of us of what still needs to be done.