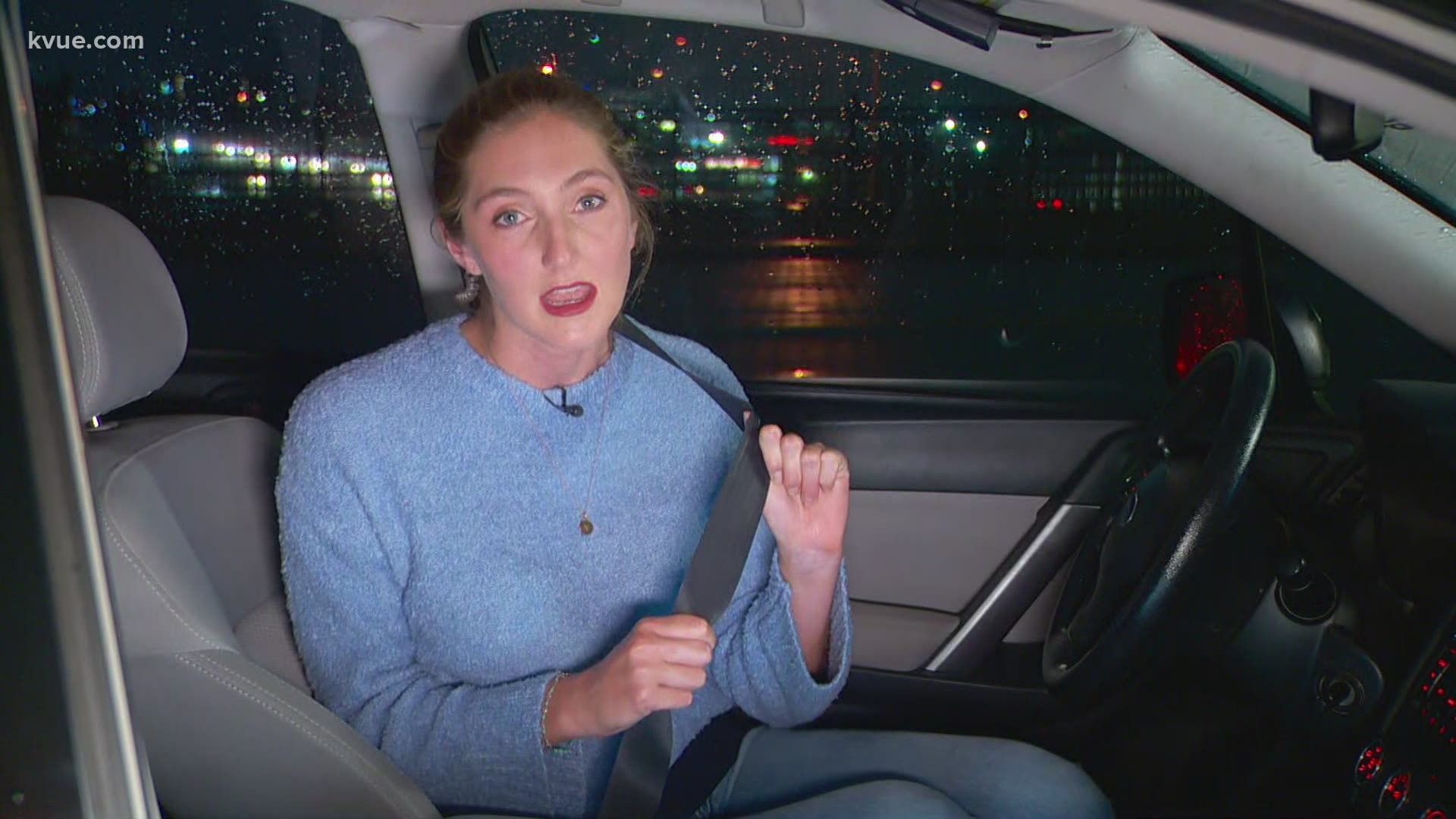 AUSTIN, Texas — Buckle up Texans! The "Click it or Ticket" campaign kicks off Monday to ensure people wear seatbelts and stay safe leading up to Memorial Day weekend.

The campaign's goal is to save lives when people drive on Texas roads.

In the Austin area last year, nearly 70 people died and more than 100 others were seriously hurt during a crash because they did not buckle up, according to the Texas Department of Transportation (TxDOT).

That does not have to happen.

People who wear their seatbelts in the front seat reduce their risk of dying in the case of a crash by 45%, TDOT reported. A seatbelt reduces deaths by 60% for individuals in pickups.

Texas resident Emilce Ferreira is a mom and a wife. She knows the importance of a seatbelt all too well.

One rainy day in Texas, Ferreira and her family were making their way to Austin when a car in the right lane hydroplaned and hit them.

"When we got out of the car and realized the damage to both of the vehicles, we realized how lucky we were to be alive and to walk," said Ferreira.

Everyone in the car was wearing a seatbelt and her 3-year-old in the back seat was in a car seat.

"If this campaign can even save one life or one family that heartbreak from losing a family member from something that could be prevented, that's honestly all I can ask for," she said.

While everyone should wear a seatbelt, DPS is also asking drivers to make sure children are also strapped in and have an appropriately fitted car seat.

#ATCEMS has responded to 2 collisions w/ 3 patients ejected in the last 18 hours, 2 of which were under 4 y/o.
Car seat safety should be your top priority. The installation, fit, size & harness must all be appropriate for your child. Call 512-972-SAFE for help w/ installation. pic.twitter.com/QnUiqGN53s

Children younger than 8 years old must be in a child car seat or booster seat unless they are taller than 4 feet, 9 inches. Fines issued to drivers for unrestrained children in their vehicle can be as high as $250 plus court costs. Any adult not wearing a seatbelt could get a ticket as high as $200.

On top of enforcing seatbelts, the Texas Department of Public Safety (DPS) will also look out for people violating the "Move Over, Slow Down" law, which requires drivers to either move over or slow down for first responders and tow truck drivers.