Andre Emmett, the former Carter High School and Texas Tech star, would have turned 38 on Aug. 27. 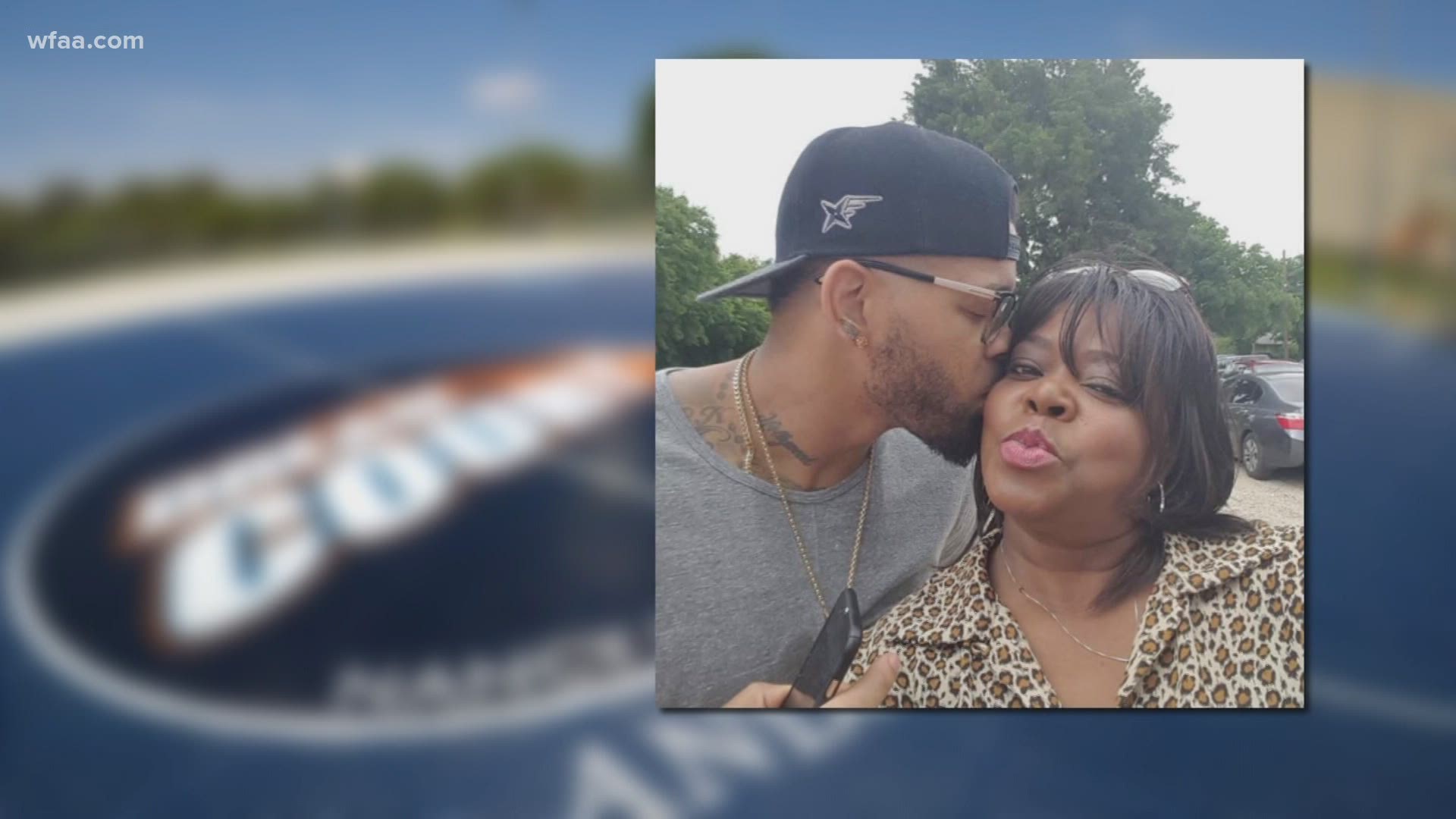 DALLAS — Andre Emmett made his name on the basketball court.

"He always had a ball," recalled his mother Regina Oliver. "He played wherever there was concrete."

Emmett was a standout at Carter High School in Dallas before starring at Texas Tech from 2000-2004 under Hall of Fame head coach Bob Knight.

"He was a tremendous offensive player," Knight said, in a Tech-produced tribute video for Emmett.

Emmett was a consensus All-American in 2004 and left Tech as the school's all-time leading scorer.

Sixteen years later, he still is.

The 6-foot 5-inch tall, 250-pound guard-forward was picked 35th overall in the 2004 NBA Draft by the Seattle Supersonics, but was traded on draft night to the Memphis Grizzlies.

Emmett appeared in eight games for the Grizzlies, but it was just the start to a 15-year career in professional basketball with stops in the NBA, the NBA D-League, Belgium, China, France, Greece, Korea, Lebanon, Mexico, the Philippines, Puerto Rico, Spain and Venezuela.

In 2018, Emmett was drafted to the BIG3—  the 3-on-3 basketball league founded by rapper and actor Ice Cube.

That's when he formed a bond with Basketball Hall of Famer (and fellow Dallas resident) Nancy Lieberman.

"He had this swag, this confidence and kindness about him," Lieberman explained. "People loved him. Everybody just wanted to be around Andre."

Flying to and from Dallas, Lieberman and Emmett shared more than 20 flights during their time together in the BIG3. Those flights and trips were the setting for an unlikely, yet fierce, bond between a basketball star from Oak Cliff and a world-famous trailblazer for women's basketball.

They talked about everything.

A common topic of discussion: giving back to the community. 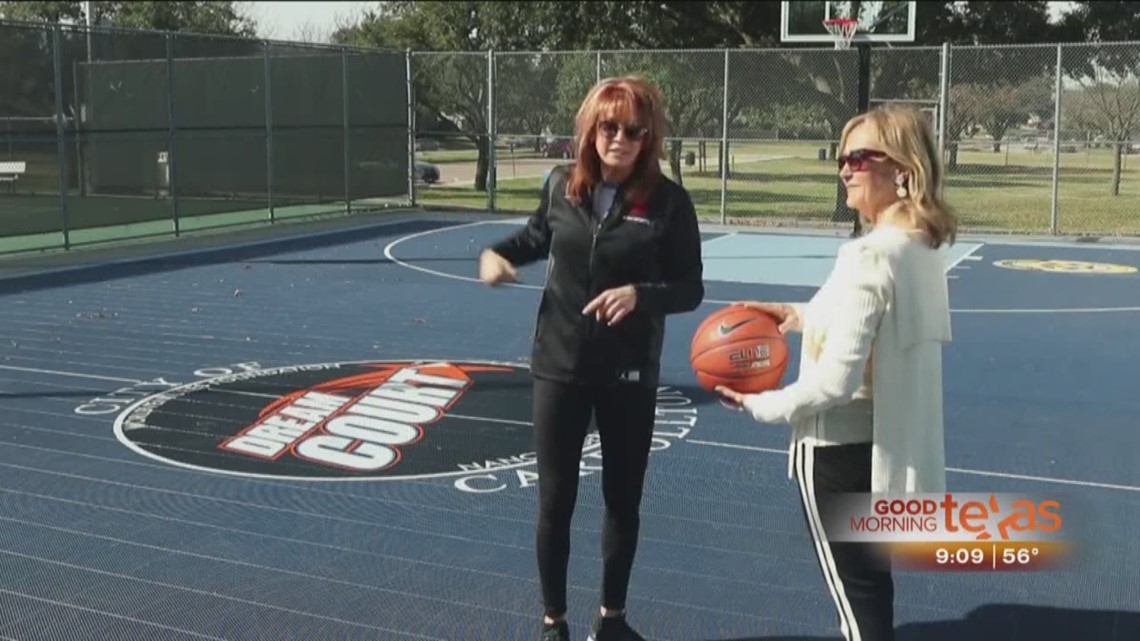 Lieberman has been involved in philanthropy for decades, largely inspired by her early friendship with global icon and world-renown humanitarian Muhammad Ali. 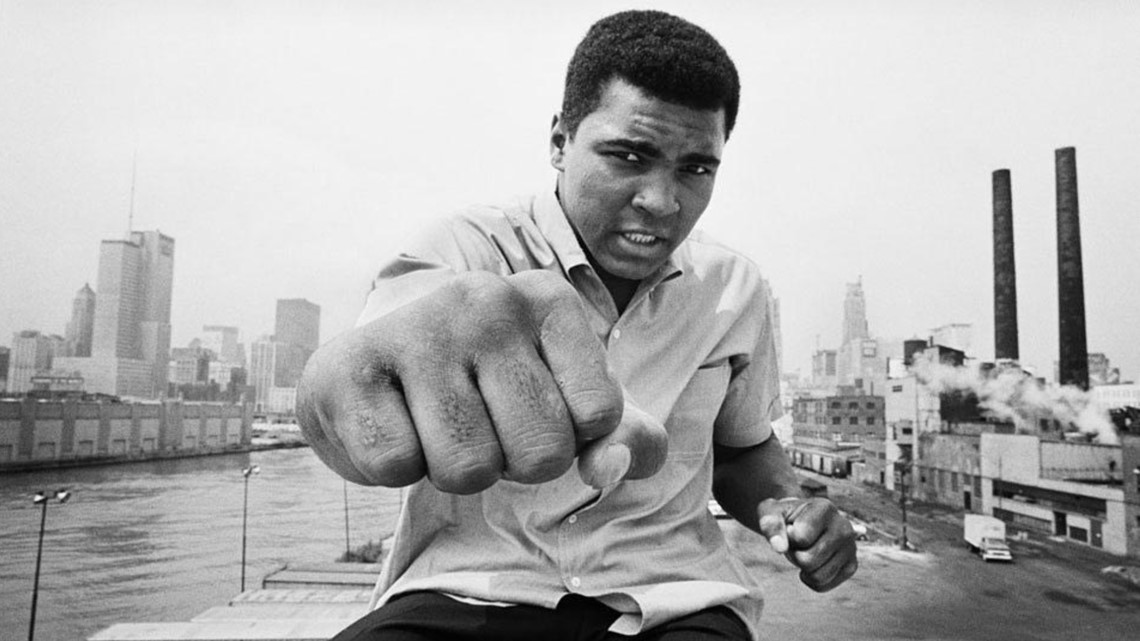 Muhammad Ali's family continues fight against racial injustice; likens 'The Greatest' to Colin Kaepernick
Four years after his death, Muhammad Ali's legacy and activism carry on in the hearts and minds of millions, including his immediate family. DALLAS - Inside the ropes, Muhammad Ali fought with his left and right. Outside the ropes, he fought for what was right.

Emmett understood the importance of giving back to the community. He was involved with coaching clinics and in 2019, he founded the Dreams Really Exist (DRE) Foundation.

"What people don't see a lot is what we do off the court in the communities," Emmett said in a past interview with the BIG3.

Off the court, Emmett was a devoted father of two little girls, Kennedy and Zara.

By every measure, Andre Emmett was living the dream. 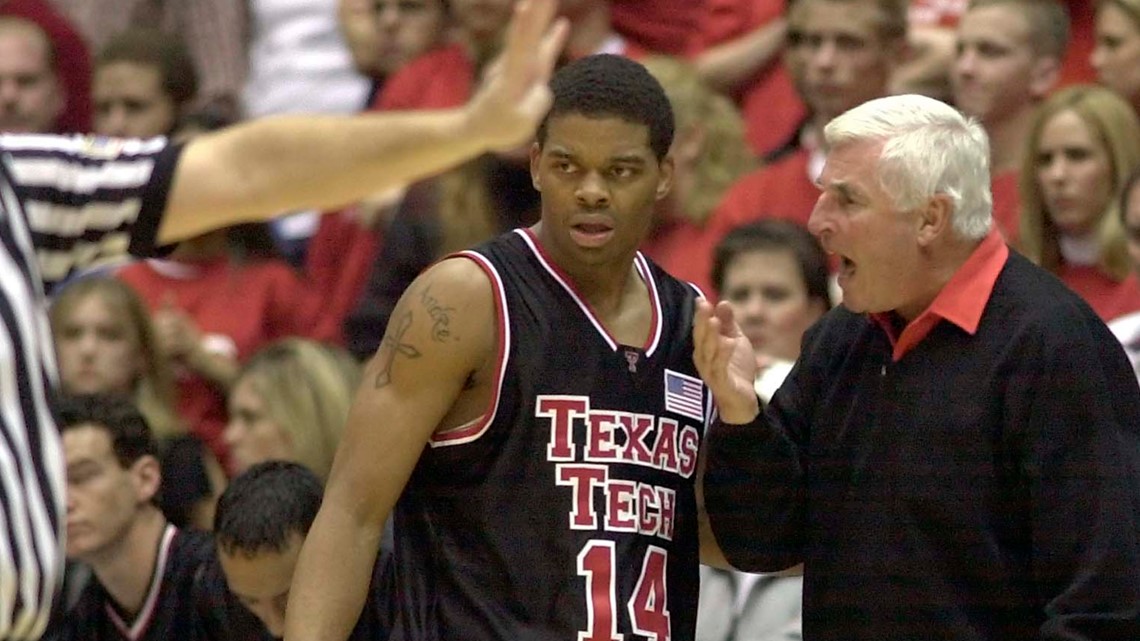 Emmett was parked outside his home in Old East Dallas when two men approached his car to rob him. He tried to run away, but they shot and killed him, police said.

In December, two suspects were arrested and indicted on capital murder charges. 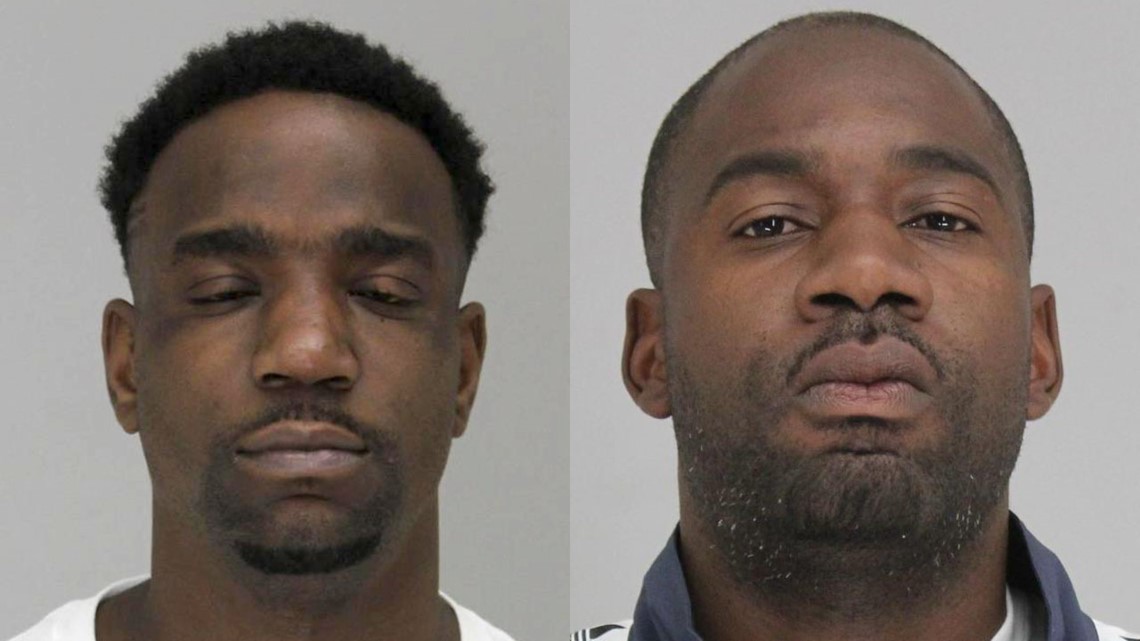 Two indicted in slaying of former NBA player Andre Emmett
A passerby found Andre Emmett critically wounded after he was shot while sitting in his car on Sept. 23 in Dallas. He later died from his wounds. Two men have been indicted by a grand jury in the shooting death of Andre Emmett, a former Texas Tech University and NBA player.

"I'm hurt... I'm devastated... because he was not a bad person," Oliver asserted. "Andre would have given them whatever they wanted, but obviously that wasn't enough."

Andre Emmett made his name on the basketball court.

"He wanted to affect the lives of people he didn't even know," Lieberman told WFAA on the day Emmett was murdered. "Didn't matter if they were white or Black." 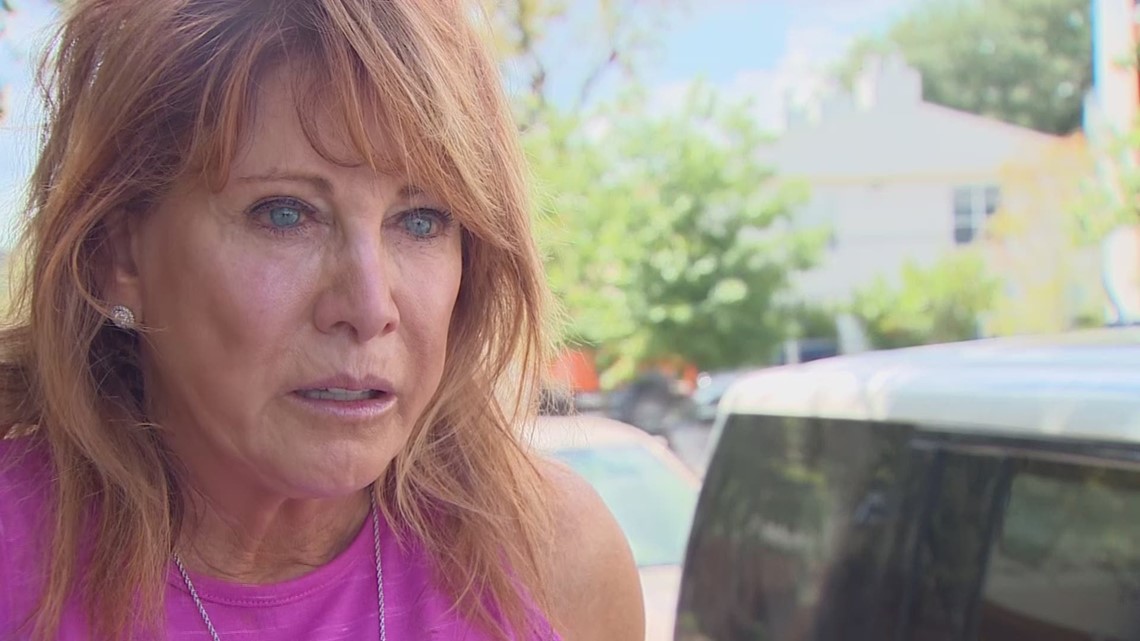 Now, Emmett's name will help dreams come true for the next generation.

Located at the Oak Cliff YMCA in Dallas is a brand new "Dream Court," courtesy of Nancy Lieberman Charities.

The court is dedicated in honor of Andre Emmett.

"I'm just happy we were able to get this [court] open for the kids, for the Y and in Andre's memory," Lieberman said. 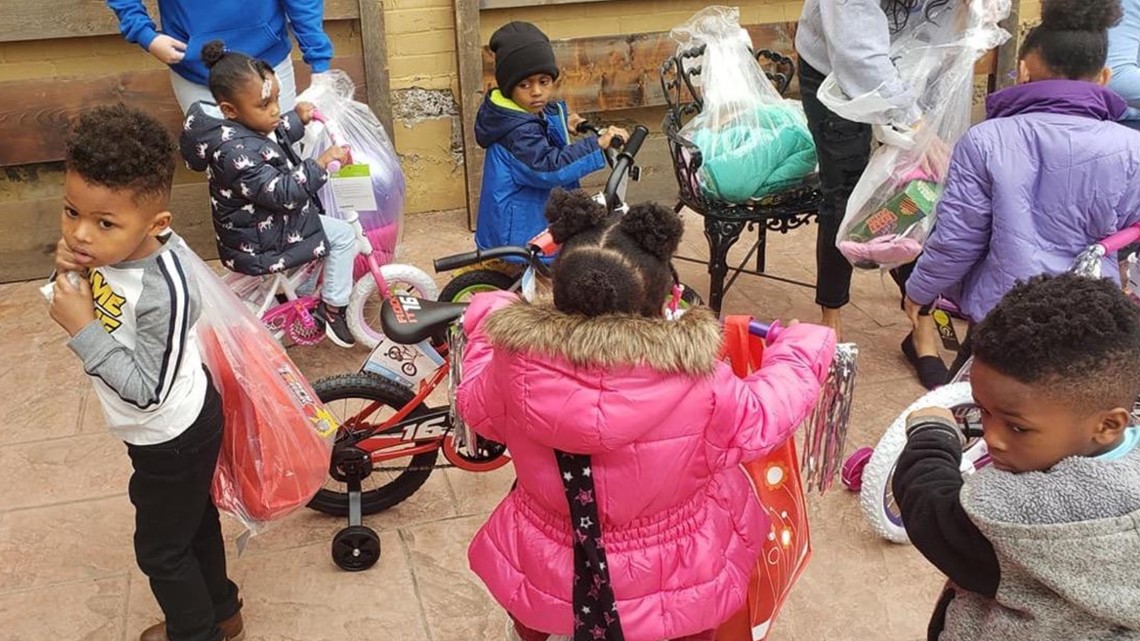 Three months after his murder, Andre Emmett's foundation throws holiday party for kids in need
The Saturday before Christmas, the Dreams Really Exist Foundation partnered with several community donors to throw a holiday party for kids in need. He was a basketball star at Texas Tech, most recently playing in the Big 3, but Dallas native Andre Emmett made a tremendous difference off the court.

Andre's memory lives on in the mind of Keith Hasty.

Days after the Dream Court's grand opening earlier this month, the smooth-shooting lefty was on the blue-top shooting hoops by himself.

"When I'm out there, I think about him," Hasty admitted. "Like when I'm shooting, it feels like he's right there with me."

Hasty and Emmett met 20 years ago on a basketball court..

"He always wanted a 'Dream Court' in Oak Cliff close to home," Hasty explained. "So, I think his legacy is going to live on forever and it'll motivate the younger kids."