The Dallas Cowboys trailed the NY Giants in the 2nd Quarter until a black cat ran onto the field. Cowboys won 37-18.

It was the Cowboys' first trip to MetLife Stadium since their confounding Week 6 loss to the then-winless New York Jets.

The Giants entered Monday night's divisional game at 2-6. The Cowboys were 4-3 and favored by 6.5 points. (They were favored by a touchdown against the Jets.)

With 5:32 left in the second quarter, the Giants had a 64% chance of winning the game.

A game in which Cowboys quarterback Dak Prescott threw for 257 yards and three touchdowns.

A game in which running back Ezekiel Elliott ran for a season-high 139 yards. Zeke has eclipsed 100+ yards rushing in five of eight games, including three straight.

A game in which receiver Amari Cooper caught four passes for 80 yards and his sixth touchdown of the year.

A game in which receiver Michael Gallup took one small step for man and one giant leap for a touchdown.

A game in which tight end Jason Witten made his return to Monday Night Football (after a one-year stint in the broadcast booth) and logged a season-high eight catches for 58 yards. 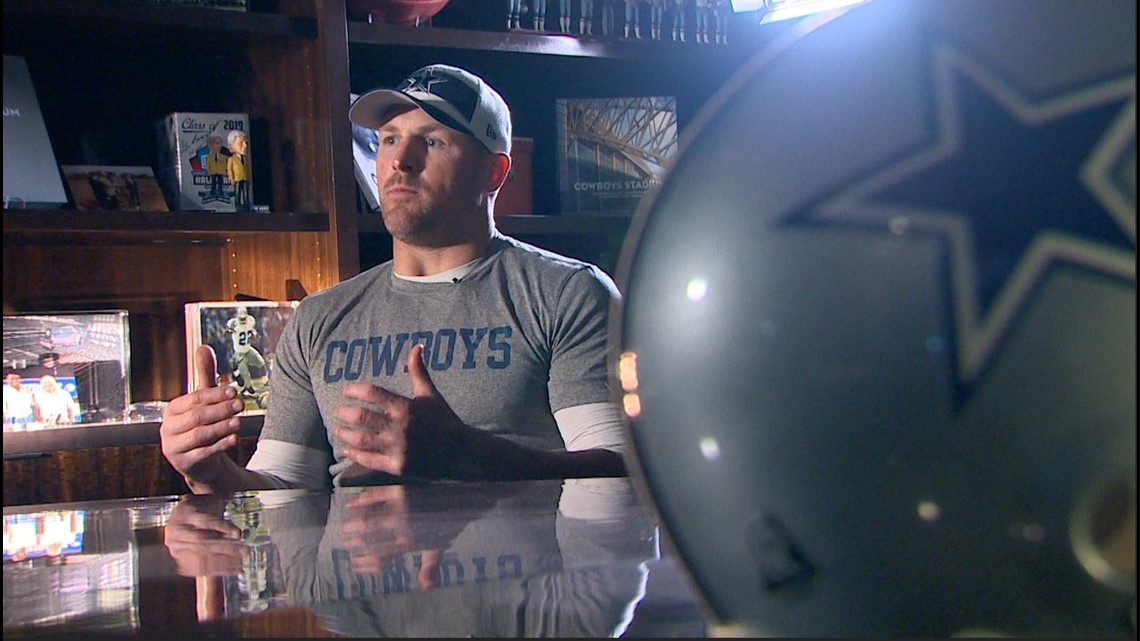 Witten not concerned by brain injuries: 'If something happens... I don't know that I would've changed it'
FRISCO, Texas - See more of our interview with Witten on WFAA at 10 p.m. Dallas Cowboys tight end Jason Witten is halfway through his 16th NFL season. He has suffered the wear and tear of spending nearly half his life playing a violent game at the highest level.

A game in which the Cowboys defense held Giants star running back Saquon Barkley to 28 yards rushing on 14 carries. 28 yards is tied for Barkley's lowest rushing total of his career (in a game he did not exit due to injury). The other time? Week 2 of 2018 — a 20-13 loss to the Cowboys.

RELATED: DeMarcus Lawrence on how football correlates to family: 'I’m just trying to make sure I don’t take my blessing for granted'

A game in which Dallas forced three turnovers without Pro Bowl linebacker Leighton Vander Esch (neck) on the field. The Cowboys had five takeaways through the first five games. They have seven takeaways in the last two.

A game in which Cowboys newcomer and three-time Pro Bowl defensive end Michael Bennett registered three tackles including one sack.

With 5:32 left in the second quarter, the Giants ran out of luck.

A black cat ran onto the field, halting play for a few minutes until it ran up the tunnel. 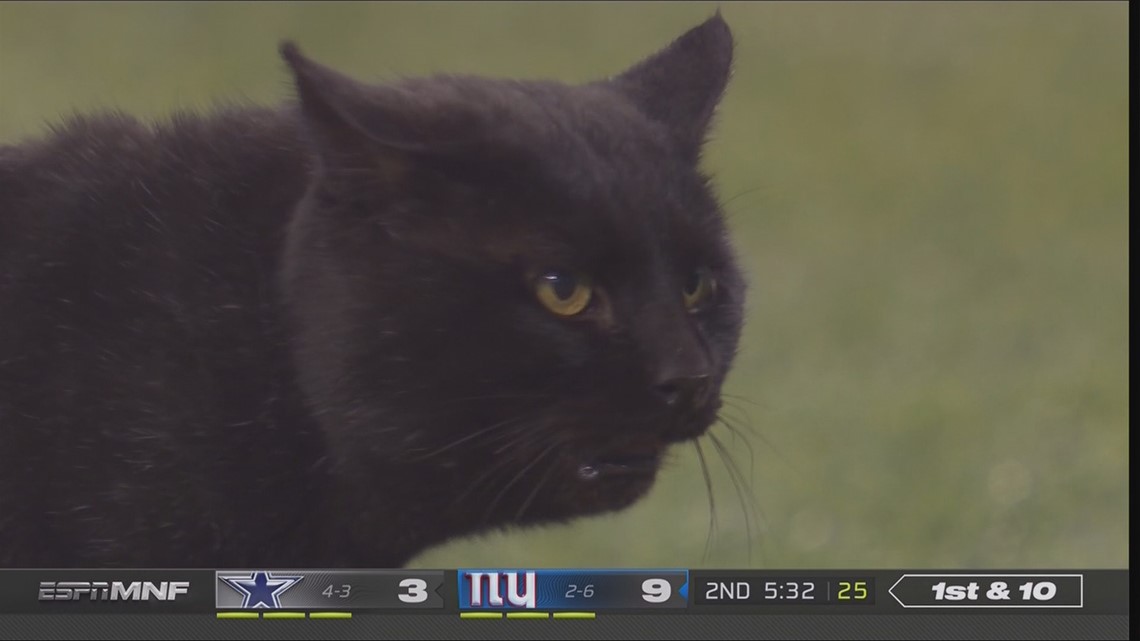 Black cat escapes onto MetLife Stadium field during Cowboys game
DALLAS - The moment of the night so far at MetLife Stadium wasn't a touchdown run or a big-time catch. It was a black cat, stealing the show by running across the field and delaying the game for several moments.

They continued to outscore the Giants 24-6 in the second half.

Then, Giants rookie quarterback Daniel Jones fumbled (his third turnover of the night). Cowboys cornerback Jourdan Lewis scooped it up and returned it for a touchdown with six seconds left.

A whole bunch of people in Vegas won.

The Giants did not.