DeMarcus Lawrence on how football correlates to family: 'I’m just trying to make sure I don’t take my blessing for granted'

This is Cowboys defensive end DeMarcus Lawrence like you've never seen him. 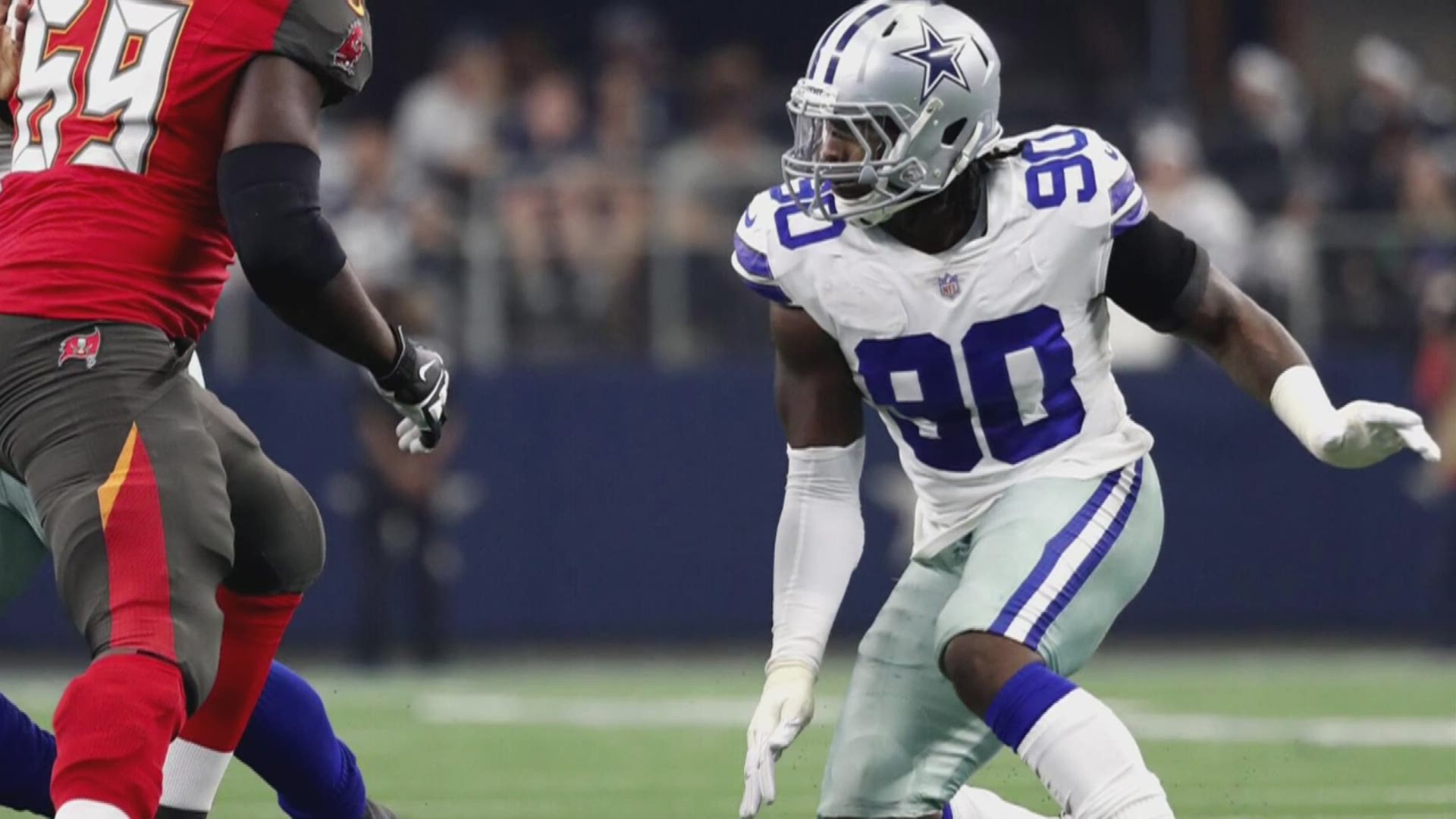 Even hours before game time, the determination is apparent.

Pressure is his business.

He is the brash, relentless, fearless leader of the Dallas defense, most often seen harassing quarterbacks.

But this is Cowboys defensive end DeMarcus Lawrence like you've never seen him.

It’s Halloween eve in the Lawrence household, and on this night, Lawrence is doing what Dad must.

"Gotta paint your face for your kids," Lawrence says with a laugh as his face gets made up in black and white facepaint.

RELATED: Monday Night Football is on WFAA on November 4th: Here's how to watch 'Dancing with the Stars' and 'The Good Doctor'

Lawrence and his wife Sasha got married in May.

They’ve been together for several years, though, creating a wonderfully modern multi-cultural, blended family.

He's the Cowboys Alpha male on defense, but he says he's learned to switch gears when he gets home.

"Oh man, yeah, [my leadership style] and roles change a little. The Alpha calms down," he said. "Being able to have patience is really the key to understanding what your kid needs, how they feel."

We had a few questions for Lawrence about his life as a dad.

The go-to cartoon for the kids?

Has Lawrence ever sung "Baby Shark" to the kids?

So, can you give us a few bars?

Anything for the kids.

And this time of year…anything for a great Halloween party.

Lawrence hosted teammates and their wives, and there was a party for the kids too.

The journey’s been full of growth for Lawrence, a first-round talent who fell to the Cowboys in the second round because of character concerns. But he’s worked through it all, signing a 5-year, $105 million deal in the off-season.

"It's truly a blessing. I’m just trying to make sure I don’t take my blessing for granted.

"Being able to be blessed with kids, it's something special because they're a reflection of you. How much time you invest in 'em equals either success or failure."

And believe it or not, Lawrence says he has found some cross-over from football to family.

"That's one thing I try to preach to my kids, you shouldn't live off of motivation because motivation comes and goes. You should live off determination. And you keep that determination and focus and that should drive you to success.

"So, when you motivate somebody, you ain't doing nothing but adding that fuel to the fire. Especially if they already have that determination and that focus. Now, you then created a monster. And that's what you've got today."