Throwing it back to 1999: Dirk and Spongebob were rookies and Luka was a newborn

Dirk Nowitzki made his NBA debut for the Dallas Mavericks on Feb. 5, 1999. He's outlasted 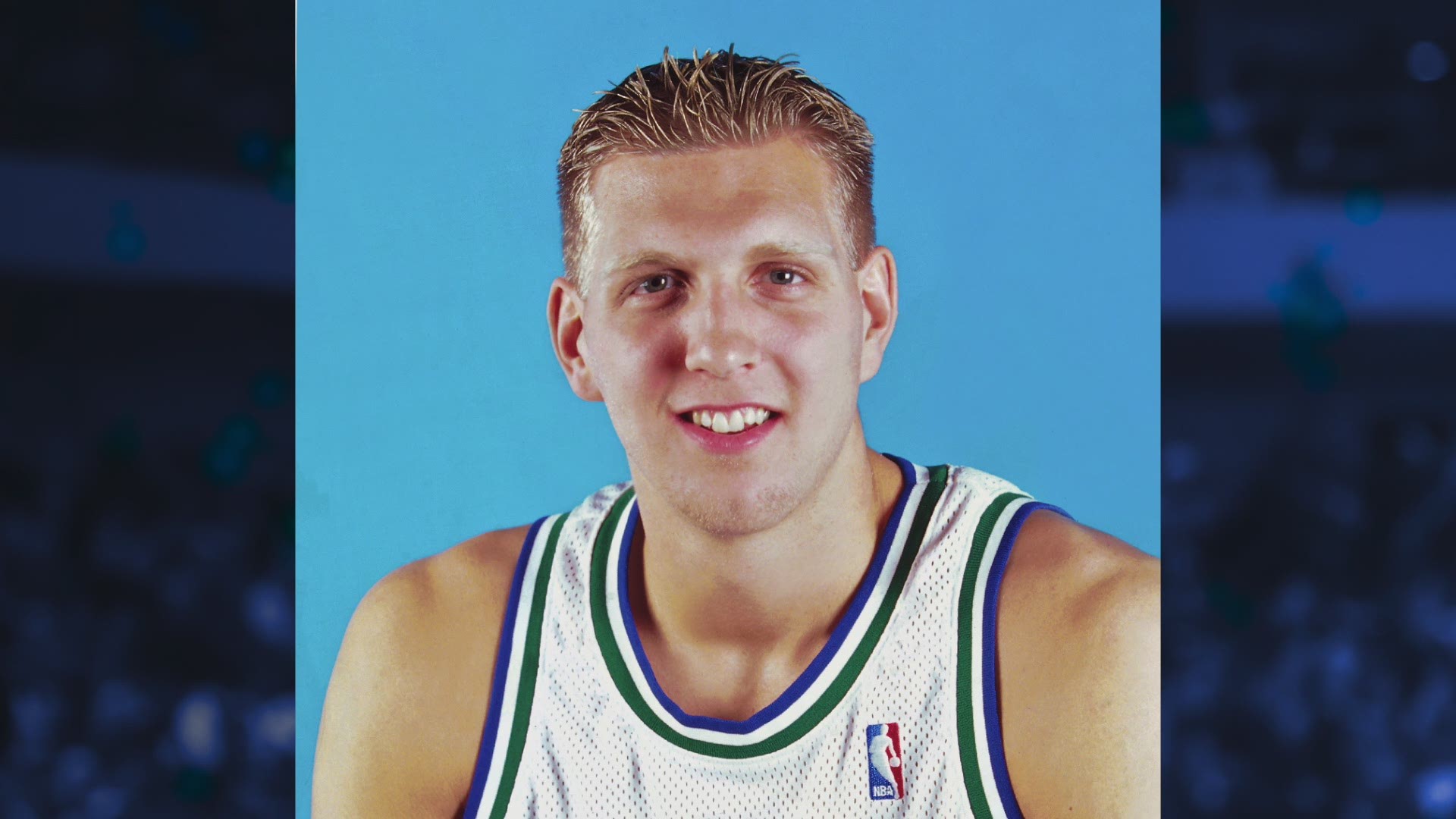 But even seeing the 40-year-old Dirk lumber up the court alongside the 20-year-old Doncic doesn't quite put Nowitzki's legacy and longevity into perspective.

Think about it this way: When Dirk made his NBA debut on Feb. 5, 1999, Luka wasn't even born. Baby Luka didn't arrive for a few weeks later.

So we figured it might be interesting to take a trip back to 1999, via gifs and a couple YouTube clips.

While young Dirk was getting acclimated to the NBA (and fashion – see below), a few other things were making their debut.

Credit: WFAA
A young Dirk arrives in Dallas after the Mavs traded for him.

Call us biased, but we think Dirk's game aged better than any of the following (even the Sopranos).

RELATED: The master of self-deprecation: A tribute to Dirk Nowitzki's greatness on Twitter

RELATED: From his first points to the bucket that passed Wilt: Dirk's greatest moments