Joshua Black was paralyzed eight months ago in a trampoline accident. This week the Dallas Mavericks treated Joshua and his family to a star-studded experience. 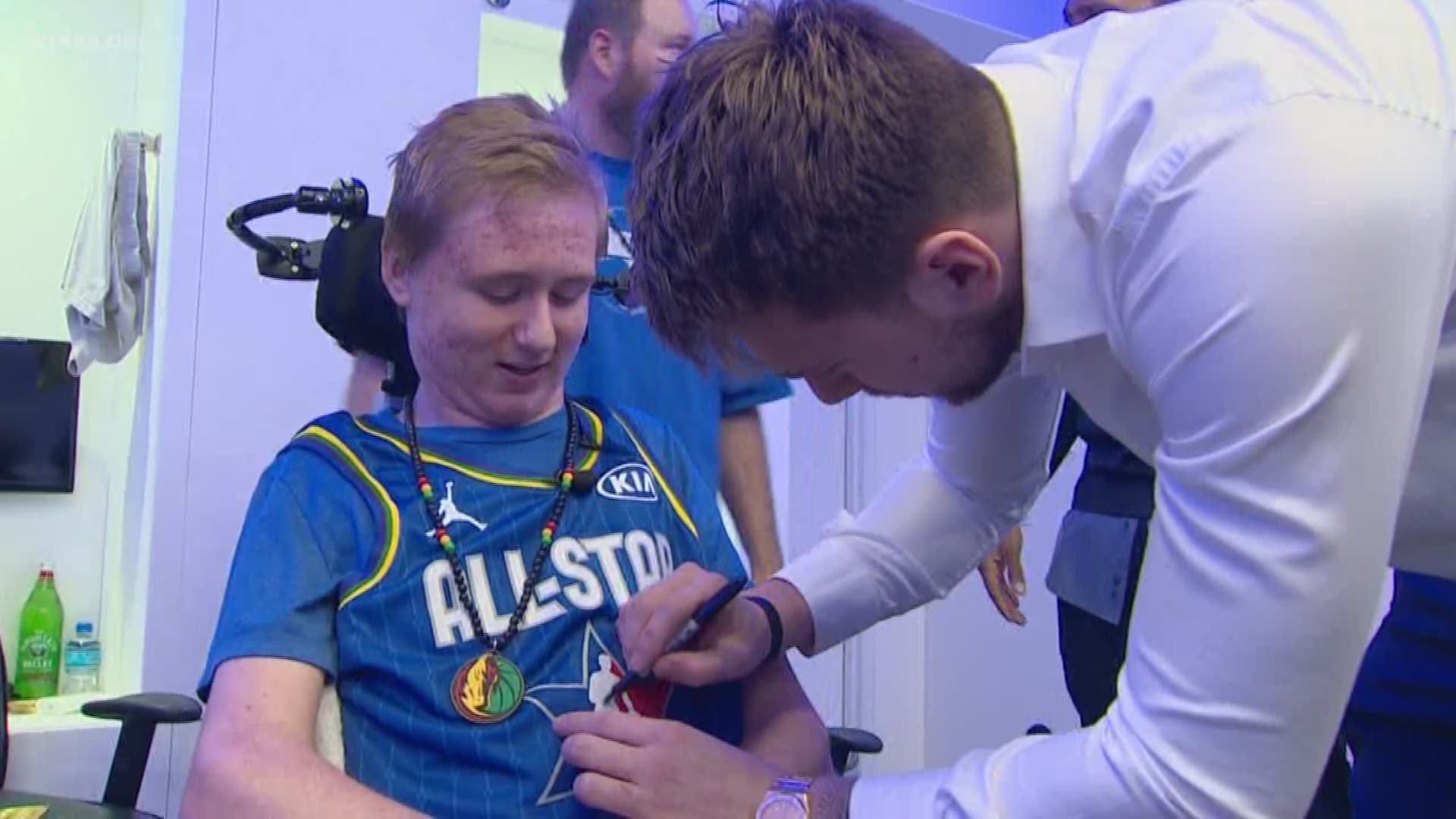 Eight months ago the 14-year-old was enjoying himself on the first day of summer.

”May 24th, I was at my best friend’s house. His parents were away. Me, him and another kid were on a trampoline. I did a double backflip and I broke my neck," Joshua said.

In that one moment his life changed forever.

”It was a pain that I really can’t describe. I couldn’t move anything. I couldn’t feel anything, but everything hurt at the same time,” Joshua said.

Joshua was paralyzed from the neck down.

”And when he landed on his head he didn’t get a good jump. This is a trick or a stunt he’s done hundreds of times probably,” said Joshua’s father Dan Black.

Joshua was active. He has a black belt in karate. So for months, he has struggled to find a new normal.

”Just seeing the hurt and the pain and the frustration. It has been so hard,” Joshua’s mother Joy Black said.

Joshua and his family are huge Mavs fans, and when the team found out about that, they rolled out the red carpet for him.

They allowed Joshua to hangout pre-game with the players.

Kristaps Porzingis stopped to sign his shoes and take some pictures.

”Today has been so fun. I got my shoes signed. I got my jersey signed,” Joshua said.

They all wanted to make sure Joshua had the time of his life.

”We understand the special attachment you have to teams, and this is awesome,” Marion said.

And then the Mavs created a very special moment for Joshua in the locker room.

Joshua got to meet his favorite player.

The very first NBA all-star jersey with Luka Doncic’s number on it was given to Joshua. Doncic even autographed it.

"I was praying for that. I wanted that to happen so bad. I was so thankful he did," Joshua said.

”All Joshua wants to do is feel normal and do things with his friends and this helps him feel normal,” Joy said.

I asked Joshua and his parents if they had a message about trampolines and safety.

His mother says at times she wishes she hadn’t let him on trampolines, but realizes it was just a freak accident.

”If she would have taken them away from me I would have been mad at her," Joshua said. "I am glad she didn’t. I would not have changed it if I could."

Joshua and his family say they still hope for a miracle, but Joshua says if he never walks again he says he still has faith.

"[God]'s the reason I am getting through this. I know if I don’t walk on this earth I will walk in Heaven someday.”