The Dallas Mavericks host their first home game since Kobe, his daughter and seven others died in a helicopter crash on Sunday in California. 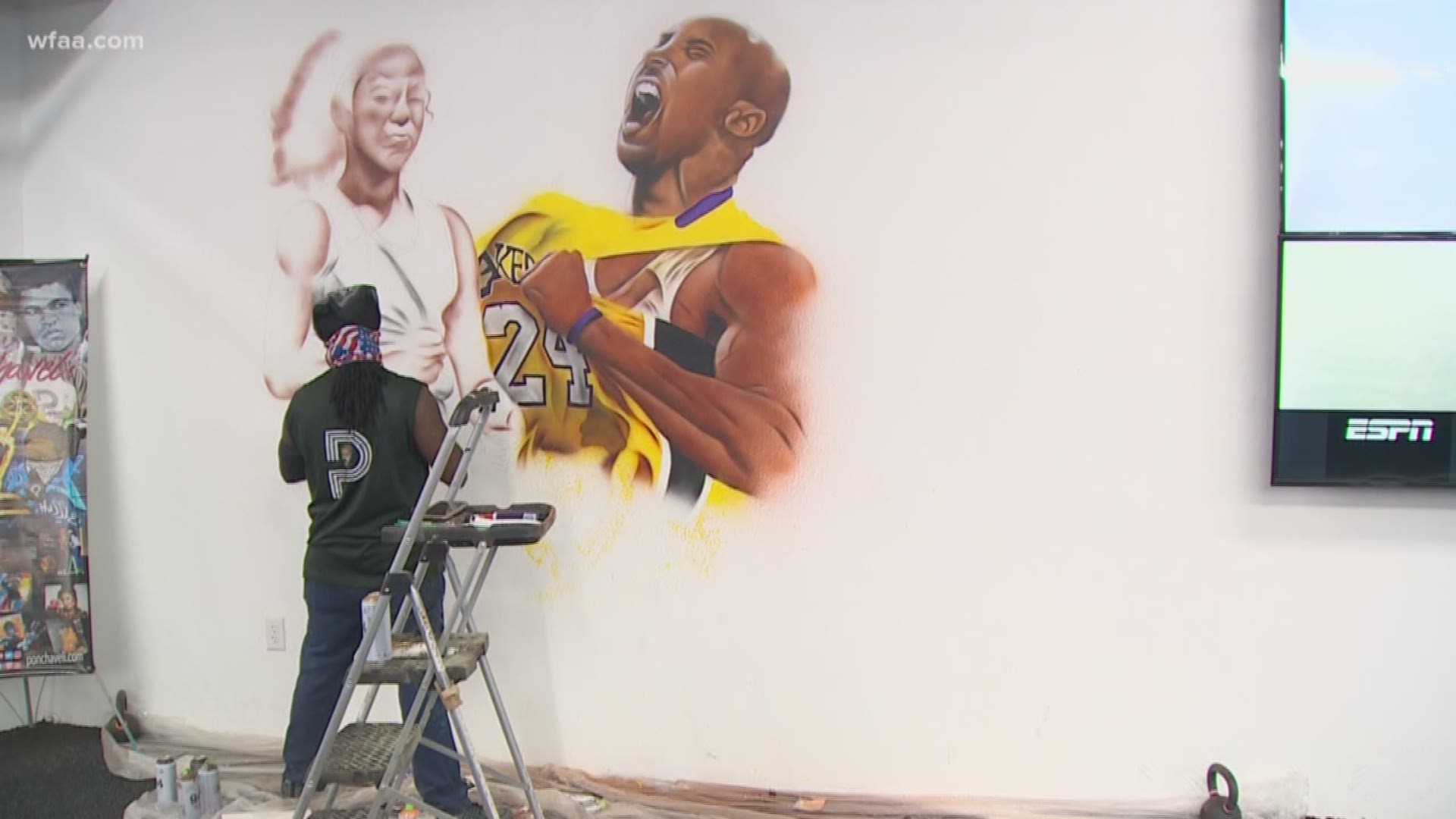 DALLAS — This story will be updated continuously throughout the night.

The world continues to mourn the loss of basketball legend Kobe Bryant, his 13-year-old daughter Gianna and seven others who died in a helicopter crash on Sunday morning in California.

Teams, coaches and players around the NBA, along with athletes around the sporting world, continue to honor Kobe.

On Tuesday night, the Dallas Mavericks hosted the Phoenix Suns in the Mavs' first home game since the crash.

Outside the American Airlines Center and the WFAA studios, the big screens paid tribute to Kobe.

Credit: AP
Images of Kobe Bryant are displayed outside the American Airlines Center before an NBA basketball game between the Phoenix Suns and the Dallas Mavericks Tuesday, Jan. 28, 2020, in Dallas. Bryant and his daughter were among nine people killed Sunday in a California helicopter crash. (AP Photo/Ron Jenkins)

Inside the arena, there were fans clad in Los Angeles Lakers gear.

Before the game, the Mavericks held a moment of silence, while a montage of Kobe moments (including some with Mavs legend Dirk Nowitzki and superstar Luka Doncic) played on the jumbotron without sound.

The tip-ball went to the Mavs and they took an 8-second violation to honor Kobe's #8.

The Suns reciprocated by taking a 24-second violation to honor Kobe's #24.