The Game Plan: A love story between a girl and her sport

Love often involves give and take. This girl gave up her seat as class president to focus on softball so she can ensure she’ll get offers to play in college. 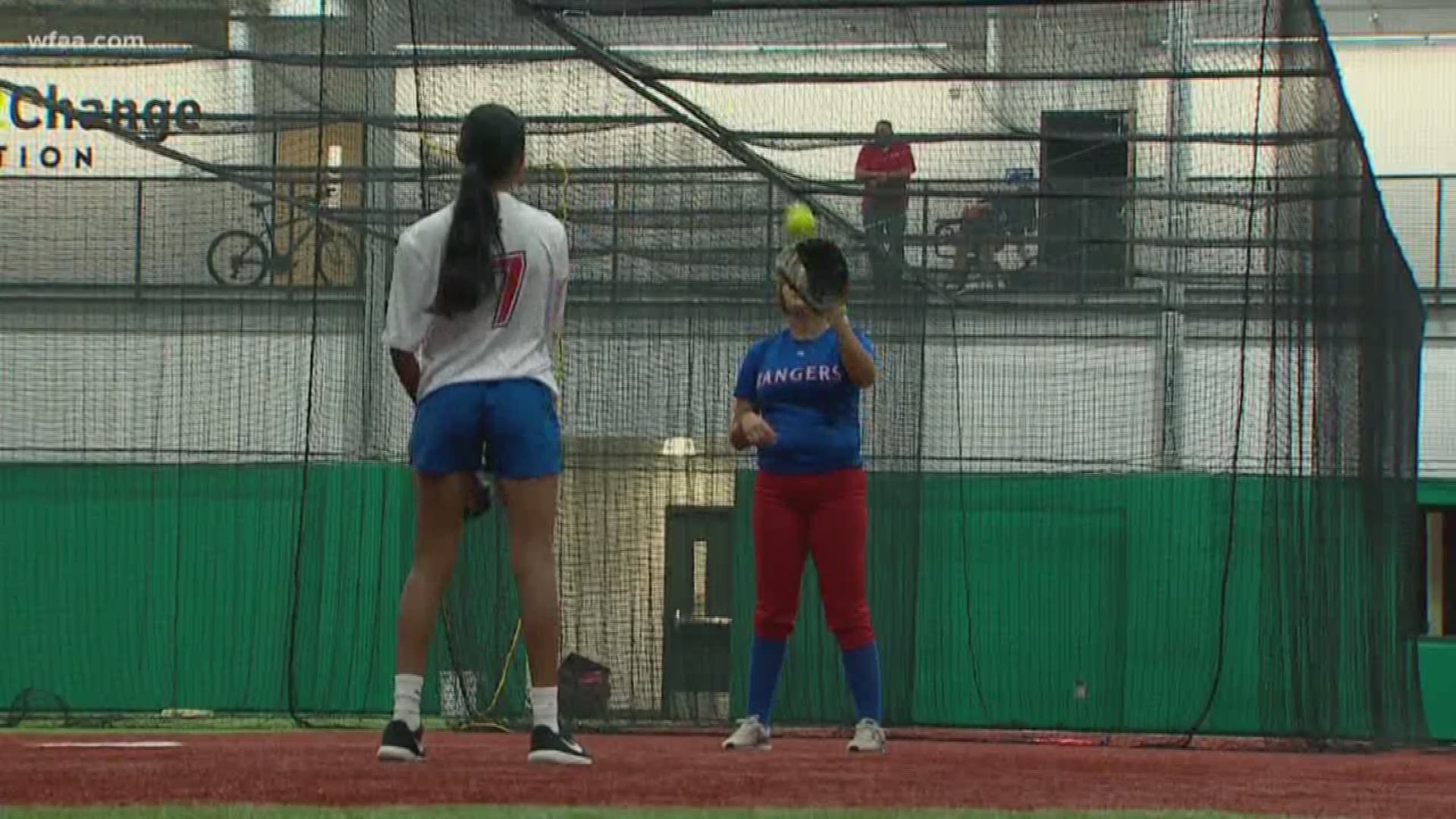 So much, in fact, she never wants to leave.

"We don’t want to go. We want to stay here all day, every day,” she said of the academy's facility.

The Youth Academy opened in 2017, and in a short span has helped thousands of kids.

Softball and baseball are just the beginning. Life skills and classroom help are offered, as well.

The facility itself is top-notch, with several baseball and softball diamonds, as well as an indoor facility that’s so nice Rangers players flock to it in the off-season. And that’s where Cox's love affair has bloomed.

"If it wasn’t for this place, I wouldn’t be here today or be where I am as a softball player,” she said. "I’m really thankful for that, they've really helped me through a lot."

To get to know Cox just a little bit better, WFAA Sports peppered her with a few questions during a batting practice session.

WFAA Sports: How would you describe your hitting style?

Kylie Cox: I hit everything.

WFAA Sports: What are you thinking in terms of college?

Kylie Cox: Honestly, anywhere I can play at the next level, I’m willing to go.

WFAA Sports: What does this game mean to you?

Kylie Cox: It means everything to me. It’s who I am.

And the academy has gone a long way in helping her develop. She’s been a mainstay here since it opened.

And the support couldn’t be any more impressive until you find out the cost - zero. The doors are open for kids throughout the year to take part in open workouts. All skill levels are welcome to participate.

It’s a great example of helping kids and families who need assistance to cover the rising costs in youth sports.

"Helping provide opportunities for kids that are underserved, kids that aren’t getting the resources they need to be successful,” Garciga said.

When considering what it means to her family, Cox said it's been a huge source of support.

"It means a lot because we’re not fortunate to have money.”

"I would never be able to afford the lessons she gets here on a daily basis," Grey said.

Love often involves give and take. Cox gave up her office as class president to focus on softball, as she tries to ensure that she’ll get offers to play at the collegiate level.

When Garciga called together all the softball players participating in an open workout at the Academy’s indoor facility, she wasn't expecting it.

Garciga had gathered them all to share that Cox had been named the Youth Academy’s Athlete of the Year. The honor even included a trip to the World Series.

"I still don’t believe it,” Cox said after the clapping from here teammates died down. “I can’t even stop smiling."

Grey got emotional considering how far her daughter has come.

"It’s amazing,” she said through tears. "She’s worked really hard, and she’s hard on herself, so to get that achievement, it’s a blessing."

Cox fought back tears as well, while trying to put it in perspective.

"It means a lot because, like I said, some kids don’t have that, and it makes you feel a part of something,” she said, and, as she began to cry more, she added, "I’m sorry.”

RELATED: The Game Plan: Options for students who don't suit up on game day

The Game Plan: A love story between a girl and her sport