Through their own experiences, two Ursuline Academy friends share the pros and cons of competing in team sports and individual sports. 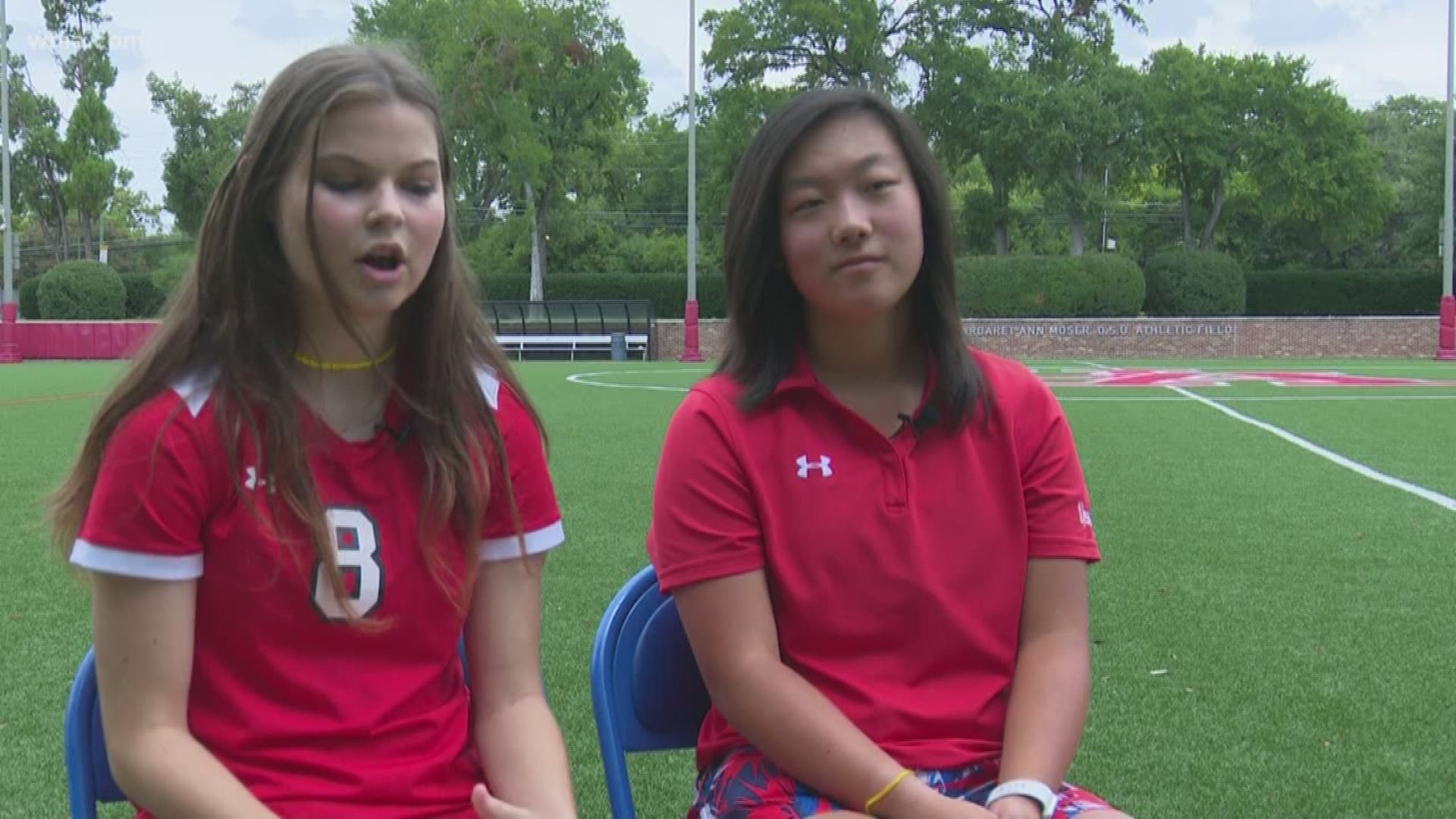 As the sun peeks between the trees surrounding Ursuline Academy, senior Katie Gay and the varsity soccer team practice before the all-girls school begins class.

These early morning wake-ups are nothing new for Katie.

"I've grown up with this sport," she says. "I've gone through my ups and downs. Thinking maybe I want to quit. Maybe I want to keep playing. It's been pretty stressful, I'm not going to lie. It's taken me a lot to get where I am."

Katie is a veteran star player for Ursuline. She made the varsity team as a freshman. Since then, she's won two state championships with hopes for a third this year.

"Ups and downs, but I've stuck with it," she adds. "I think that's probably the most important aspect of it."

Like Katie, Courtney is also a two-time state champion and she also credits her success to the time she's put in.

"A lot of practice," Courtney says. "A lot of hard work."

Katie and Courtney grew up playing a variety of different sports, but they've settled on just soccer and golf, respectively.

"Being shorter, I didn't find a fit in the other sports as much," Courtney admits.

"I think soccer just really vibed with me because I am one to be more crazy," says Katie. "I like to be everywhere and do everything. It was kind of hard playing a different sport. It was almost boring."

Soccer and golf are not exactly similar sports.

In soccer, 22 players chase a ball. In golf, everyone chases their own.

"I do enjoy having the isolation sometimes because I can really work on being focused and driven-- versus being distracted sometimes with a large group," Courtney points out.

"Yeah, lots of distractions in large groups. Honestly, we are all so much fun. We all love each other," Katie piggy-backs.

While individual sports like golf, boxing, tennis and wrestling have "teams," the physical competition is individual-based. (Tennis doubles is an exception.)

"Golf is a really big mental game," notes Courtney. "You really have to focus and it's all on you, which is why it's really difficult too. You can't say, 'Oh, it's the grass.' No, it's you."

"I actually really enjoy meeting new people," says Courtney. "I think it's part of the fun of golf. Each time I go to a new tournament, I get someone new to meet and get to make a friend."

Whereas team sports like soccer, football, basketball, baseball, softball, volleyball (and the list goes on), social circles come with the territory.

"With soccer, those are some of my best friends," says Katie. "I've grown with them these four years. The pros are you have these girls you can rely on for anything. There are cons when you get fed up with someone. Everyone has their battles. Everyone fights with each other. But, we all come together as one. It's honestly so nice and magical."

Not all sports are created equal, but there is a lot of common ground. Whether it's individual sport or team sport, the same rules apply.

"Longevity for sure," states Katie. "Because you don't just snap your fingers and 'Oh my God, I'm a World Champion.' It doesn't happen like that."

"Time goes into it, but here we are back-to-back state champs and I wouldn't trade it for the world," smiles Courtney.

"So much good comes through the work, too," says Katie. "If you stick with it, you end up learning things and growing as a person. I think that's one of the most important aspects of any sport you play. It's all about sticking with it."