The Game Plan: How technology is shaping youth sports

From performance to promotion, technology has changed the game. 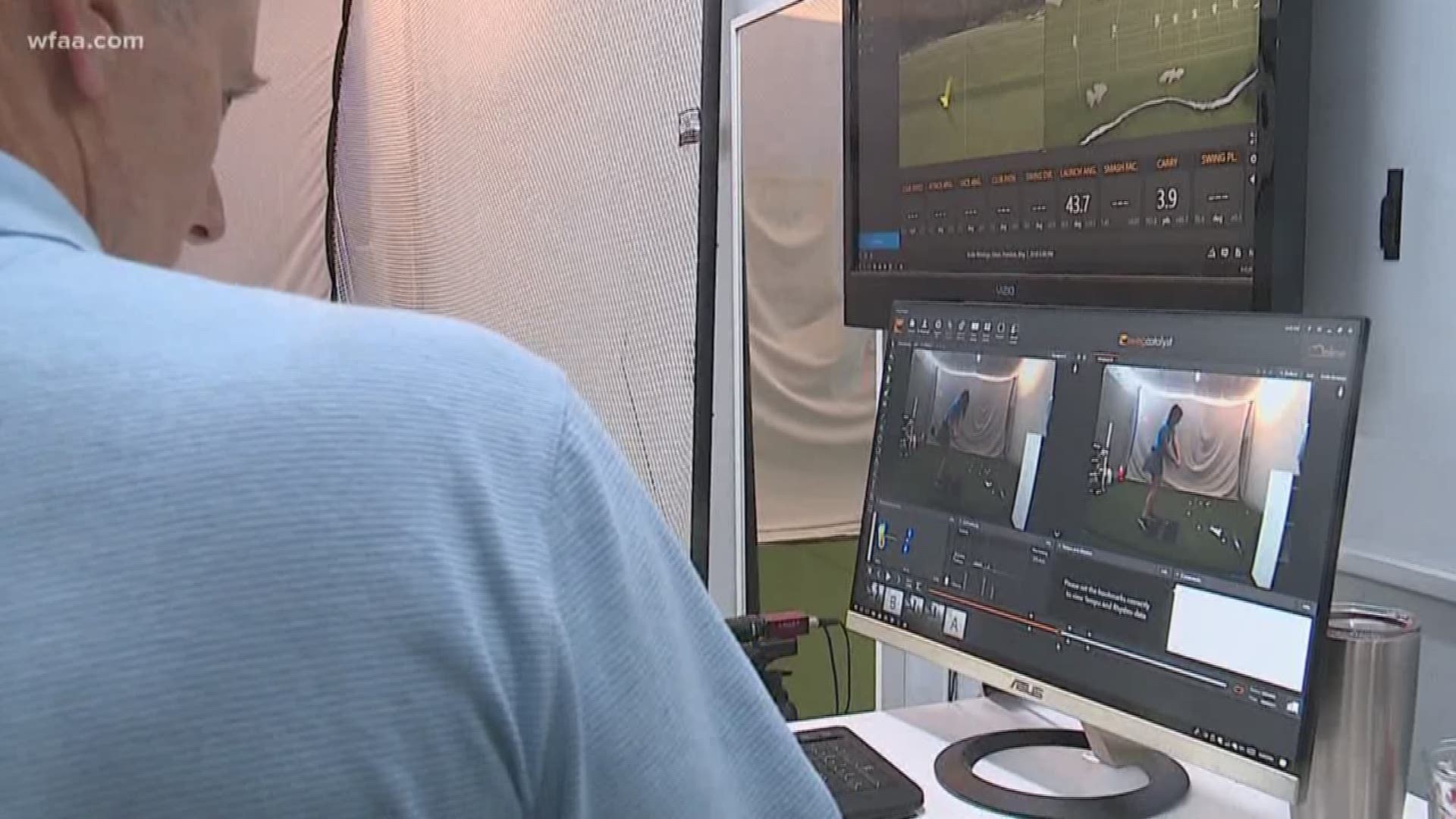 Technology. It's a game changer.

It's everywhere, helping us accomplish things faster and more efficiently than ever before.

Sports are no different.

At the Isler Golf Academy in Southlake, Kodie Winnings works on her swing – not on a driving range – but, indoors and in front of cameras and computer monitors.

"I did not picture this at all," Winnings, 17, admitted about her first lesson with her instructor and head of the academy, Jeff Isler.

"We're training players who are getting better sooner and at earlier ages," Isler said.

Winnings is a junior at Haltom High School. She's the top golfer in her district. And, she's only taken formal golf lessons for two years.

In addition to natural talent and proper coaching, technology has helped her improve.

"If we didn't have it, we might not as far down the road as we are now," Winnings said, in regards to the advancements in golf technology.

Thanks to companies like Trackman, a golfer can diagnose his or her swing immediately, by seeing what they're doing wrong and why.

"It pinpoints, "Oh yeah, we're definitely closing the face here,' or 'Your low point is off,' so it helps a lot," Winnings said.

Isler believes there's a strong correlation between the rise of golf technology over the last 10-15 years and the meteoric rise of great young golfers like Dallas native Jordan Spieth.

"The sport is becoming more fun. It's a very difficult sport to begin with. It's very complex. So, if we can help younger players play better faster, we're attracting more kids to the game. And, they're staying in it because their enjoyment of the game largely depends on their success."

Data accumulated from games helps coaches better craft and adjust their practices for certain players, so they're physically prepared for Friday nights.

Galloway, along with head football coach Todd Peterman, came over from DeSoto, where similar technology helped them win a state championship in 2016.

"I don't think we win a state championship without it," Peterman said.

The device tracks a player's workload, which helps with injury prevention because coaches are able to see how hard a player is exerting himself in a game or practice.

"I think our soft tissue injuries were down 70-75 percent the first year we went to this model," Peterman said.

And in sports – football, especially – durability and availability are critical.

Teams and players want to get better. New technology helps them do that.

Meanwhile, the internet has leveled the playing field for those hoping to get noticed.

Sites like Perfect Game and Prep Baseball Report are great tools for kids and parents to use, but they can be expensive.

If cost is a concern, parents or kids can upload highlights for free to YouTube, Twitter and/or Instagram. They can then send those links to college coaches.

"Every single e-mail that has video attached to it, sent to our office or any of our coaches, gets looked at 100 percent of the time," Schlossnagle said.

Technology. It's a game changer.