Want to optimize your athletic performance? Take some tips from a young man who's already done so: Denton Ryan 5-star prospect Drew Sanders 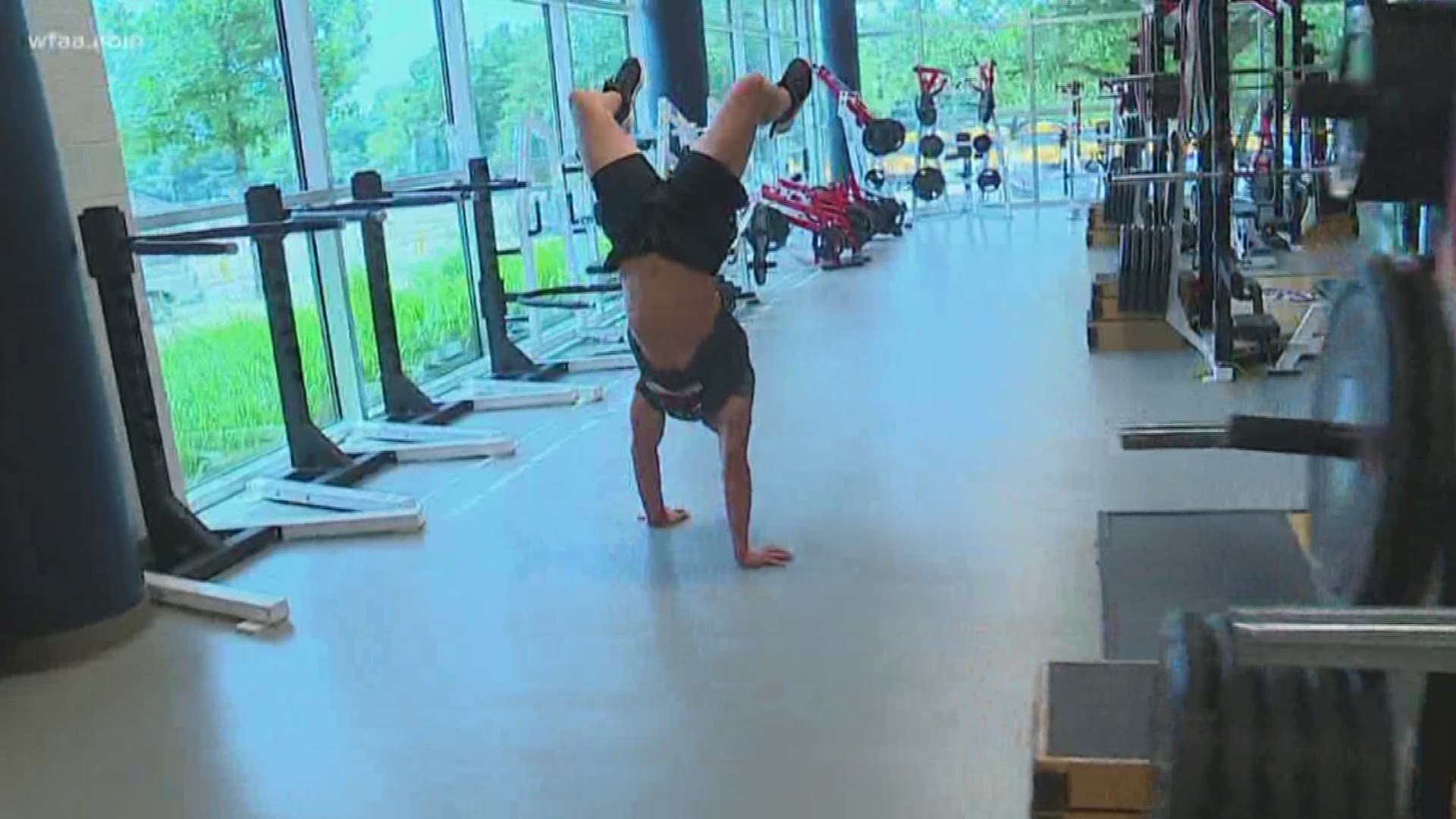 DENTON, Texas — This content is sponsored by Children's Health.

The assignment was simple: create a how-to on optimizing an athlete's performance. So we went to someone who's already done so.

"I don't say this about many kids," Denton Ryan head coach Dave Henigan says, to drill the point home, "but I feel like Drew will end up playing in the NFL."

Drew Sanders — 6-foot-5, 232 pounds — is a 5-star recruit on his way to play linebacker at Alabama. And if you're going to listen to someone talk about optimizing performance, Drew is the guy.

"Well, it kinda all starts in the weight room," Sanders says. "You're building body armor here, so you're preventing injury, you're getting stronger, makes you be able to be faster, and increases your athletic ability."

But there is a strategy.

"We don't come in here and body build," his father Mitch, also an assistant coach at Ryan, explains. "Everything that he does is athletic training, and a big emphasis on core strength and flexibility."

But the weight room is just the beginning. There are two more workouts to be done on the day we visit Drew.

"He either has a change of direction day, for speed training, or a linear day," Mitch says.  "And then on top of that after a break, he comes back and gets a little skill work."

But all that work — four to five hours per day — would be useless without "the two most important things that mostly are overlooked," Mitch says. "Nutrition and recovery."

"It starts with a lot of food," Henigan says. "His mom is cooking non-stop."

"She spends probably half her day on Sunday, preparing his meals for the week," Mitch says.

So how many times a day does Drew eat?

Another key thing to remember — breaks are important.

"This is not year-round," Mitch says. "It's very important that kids have extended periods where they're off, so that their body can fully recover."

Now, obviously, not everyone is at Drew Sanders level. So if you're just getting going, start here:

"Learning how to do the lifts correctly. [And focus on] range of motion, flexibility, core strength," Mitch says. "Those are kinda real key things in the foundation of getting better."

If you want to get on Drew's level, his head coach has a message for you.

"It depends on how bad you want it. You have to set your mind to it, and Drew's mind is set," Henigan says. "I think it's attainable. It takes a different mentality. It takes a different breed to do what he does. There's a lot of kids that have the God-given ability that don't have the single-mindedness of purpose and the focus to attain the goal that they want to attain."

So get after it...and maybe you'll be the next 5-star.