The Game Plan: Options for students who don't suit up on game day

There are many options for students who don't play on an athletic team to feel a sense of community at their school. 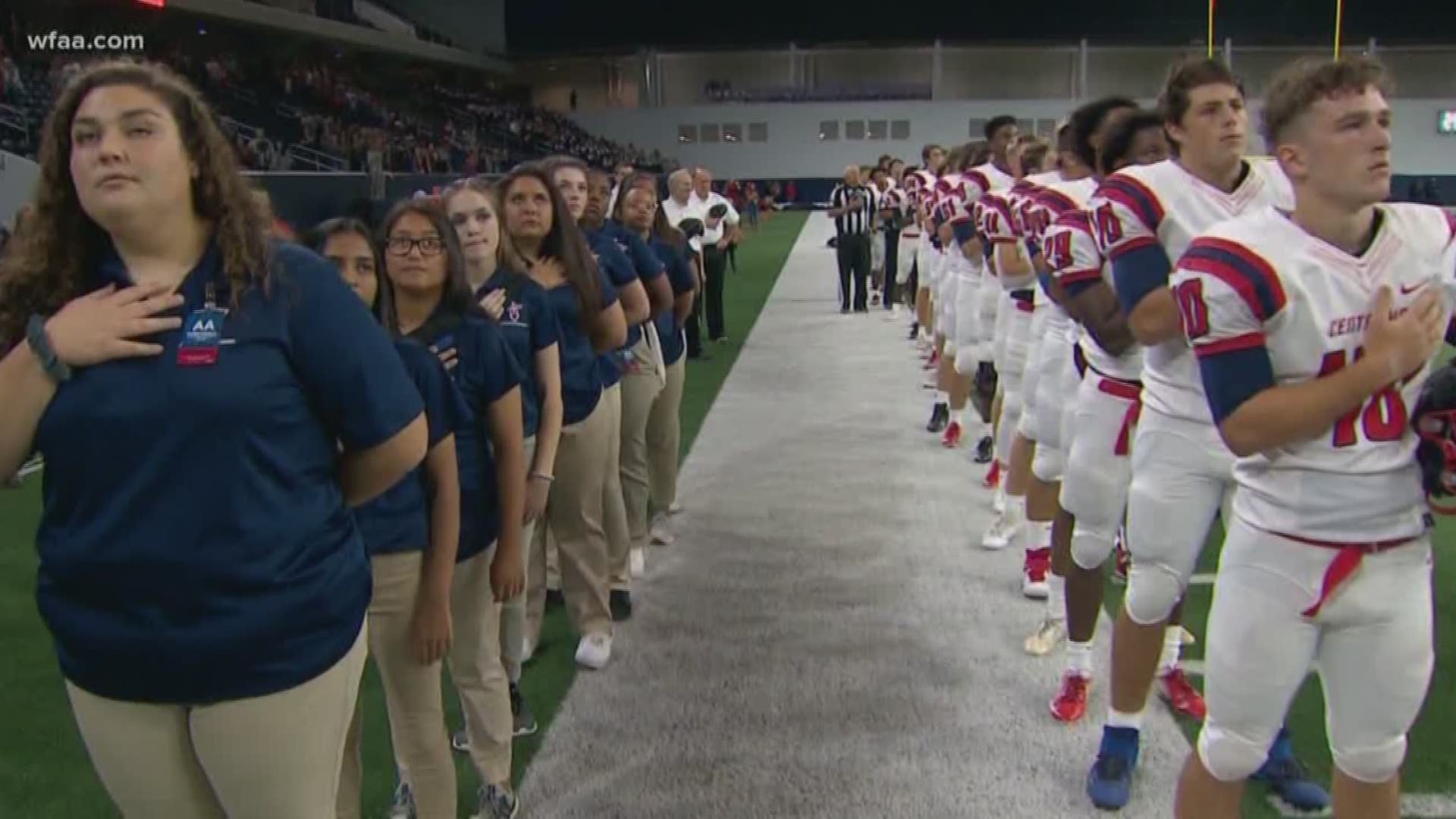 FRISCO, Texas — This content is sponsored by Children's Health.

On a chilly, sun-splashed afternoon, while the Frisco Centennial football team runs through the paces at practice, she is making sure the players are well taken care of by a small group of student trainers. Her engaging and infectious demeanor is perfect for her role.

"It’s definitely pretty intense. We start really early in the morning, so there’s a lot to do,” says Grace Vitale. She’s a senior in her third year as a student trainer at Frisco Centennial High school.

And by all accounts, she’s rock star.

In fact, when asked if she’s a “super trainer” Grace says with a megawatt smile, “yeah, I like to call myself that.” She continues to joke, “I need a cape I think. I need my name engraved on the back of it."

She’s kidding and doesn’t have a cape, but those around her certainly think she’s super. And her trusty pack, like a superhero tool belt, is never far away.

As for the contents of the small bag, Grace says, "we have things like our power flex,  and all kinds of different tape, we have gauze pads, among a bunch of other stuff."

Her most memorable moments she says are getting calls of gratitude from coaches, as well as players she’s helped deal with injury.

"It feels really good to get calls like that and be recognized for everything we do out here for the players,” says Vitale. "We put in a lot of work, more than people see. We’re not just there during games."

Game day provides many opportunities for students who don’t play on the football team to play a their own vital role; whether it’s drill team, band, cheerleaders, or like Grace, on the training staff.

"They’re very much a part of our team,” says Centennial head football Coach Matt Webb of the student trainers, "They're as important to us at the quarterback, the offensive coordinator, and the center."

"You get to be there and experience with them like you’re a part of the team. You get excited when they score and everything like that,” says Vitale.

"I get to act like I’m still on the field. I get to draw up my own plays from the booth, and put that into the context of the game,” he says.

Berk takes a broadcasting class and is a senior member of the broadcasting club made up of dozens of Frisco ISD students who work to broadcast up to four football games each week.

They get hands on experience, working cameras, and other production tools, as well as calling the games. Perfect for someone like Eli, who suffered an injury, ending his playing days.

"It’s just a really cool way for me to experience everything about the sport without neccesarily being on the field," he says.

That sense of community and inclusion for Berk and Vitale, and all the students involved in clubs and activities that participate on game day, simply can’t be beat.

"I think trainers should all be issued a jersey, for sure 100 percent. We are a part of the team,” says Vitale.

And how can you argue with a super hero?