"You can play football and still be beautiful." 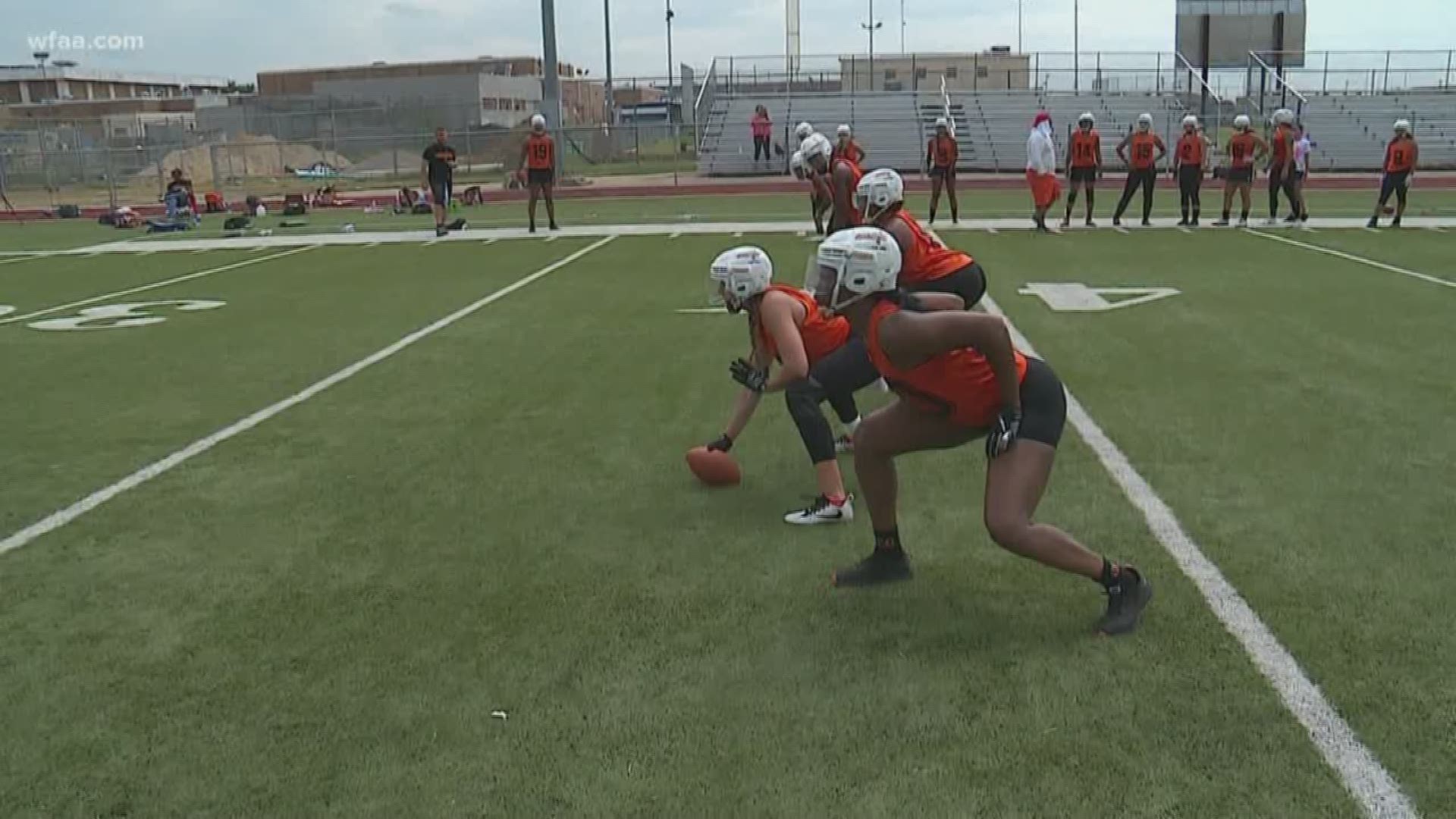 Maurisa Goldston has heard it before.

"I asked my uncle," she says, recalling her childhood, "because he was a football coach. I asked him, you know, 'Can I come out there and play?'"

"'Noooo!'" she shouts, parroting her uncle. "He told me 'No! You need to go cheerlead with your aunties!'"

It's what is heard by many young women who want to play football.

"Just because we are women and we are seen as a little more of a flower," Goldston's Austin Acoustics teammate Chasity Morales explains, "we're trying to bloom into something a bit more explosive."

So the women of the Legends Football League's Austin Acoustics are holding football camps for young girls.

"A lot of them have never seen it, have never played it," Goldson said. "So we're just showing them something different, and letting them know us women do play football. You can play football and still be beautiful."

And the camp was an absolute hit -- all part of a larger effort to eventually create a league for girls, ranging from ages 5 to 15.

"You're just providing an opportunity for these young females to grow," Acoustics teammate Courtney Dowdy said. "So that they don't always have to go play with their brothers if they want to play football. Now, they have the opportunity to play with other girls."

But what if you're already in high school, and want to play now? Morales did it at San Antonio's Warren High School.

"Have the courage to do it," Morales said. "That's the first step that you have to take, is be a little bit brave, and understand you know what, you don't know the word 'can't'."

"Prove them wrong," Goldston says with some fire. "Show 'em why you need to be on the field."

"Don't see yourself as a girl stepping on the field," Morales said. "You're already putting yourself in a category.  Step out there and say, 'I'm an athlete. I'm gonna take these steps, I'm gonna work just as hard as these boys, because everything is coming against me.'

"People are looking at me like, 'Why is a woman playing on the football field?' Well, I'm gonna show you why, with my talent, and my skill, and my drive, and my passion."

And when the inevitable criticism comes...

"I'm going to play football, and I'm not worried about what they're saying about what I can do or I can't do," Dowdy said.  "Because I'm here playing football, and they're not.  They're in the comments, commenting."

And one day, thanks to the work these women are putting in now... maybe there will be football leagues for girls and women to call their own.

"The fact that they're starting right now is gonna help young women develop," Morales said, "and create really, not only a passion, but also a physical nature for football."

More The Game Plan on WFAA: