This Dallas cheerleading team ranks 5th in the nation. Now, they are hoping to raise enough funds to attend the UCA championship

Now, with its focus set on a national cheer competition, the team may need a little boost of help from the community. 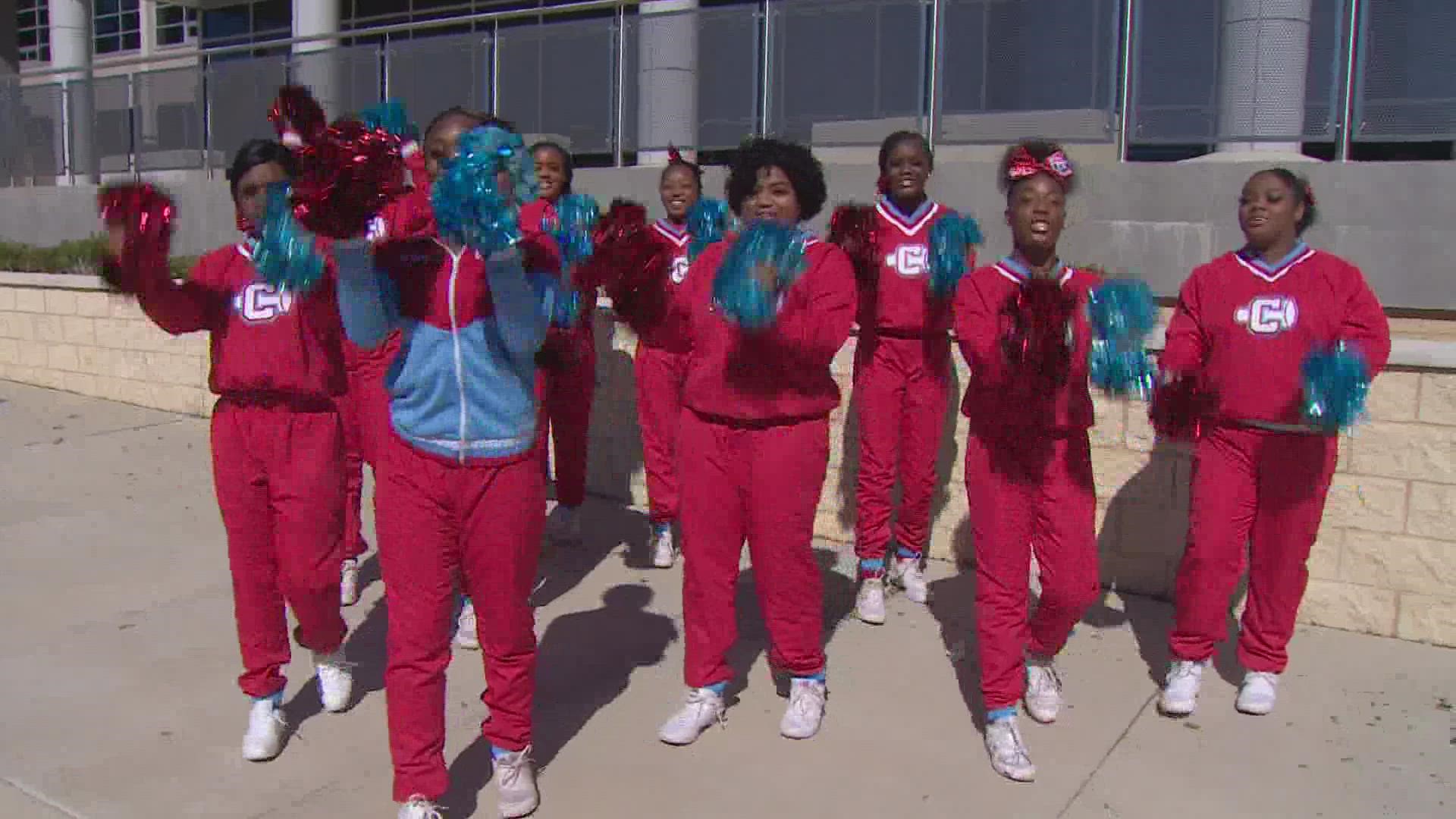 DALLAS — A group of Dallas high school cheerleaders is working hard to make its dreams of attending a national competition a reality.

D.W. Carter High School Varsity Cheer, and its 13 members, rank ninth in the State of Texas, according to the team’s coaches. The team is currently fifth in the nation, and they are the first all-Black 4A team to place at UIL.

“We’ve been working really hard,” said D’Asia Jackson, one of the team captains.

The inner-city team has a determined spirit and the cheerleaders want to take their sport up a notch by attending The UCA National High School Cheerleading Championship at Disney World in February 2022.

"We are very excited. We’re very excited to go to Florida and show our talents. All that we’ve worked for,” said cheerleader Katelayn Vault.

Despite all of the team’s hard work and accomplishments, getting to the national competition won’t be easy.

Cheer coaches Natasha Stevens and Rica Charleston estimate it will cost about $1,300 per athlete. So far, the team’s raised $2,000 with the help of parents and some supporters.

Dallas Carter Varsity Cheer is staying focused and optimistic about getting to nationals. Behind their smiles, the student athletes know about overcoming adversity.

“We don’t really have a place to practice. So, we kind of just get where we can get and still work hard. We just think about winning nationals. So we’ll practice outside, in the auditorium, in the hallway. It doesn’t matter,” said Jackson.

What the team does believe matters, is hard work and determination.

“One thing about this team is we have a determined drive. So, when we bring it, we definitely bring it on. Like the movie,” said Vault.

The Dallas Carter Varsity Cheer program is confident it will raise the funds needed to get to nationals, with the community’s help, by the end of the year.

Direct inquiries to the cheer team’s Coach Rica Charleston may be made @ricacharleston on Facebook and Instagram.