Opal Lee, affectionately called the "Grandmother of Juneteenth," has also landed Fort Worth as the home of the National Juneteenth Museum. 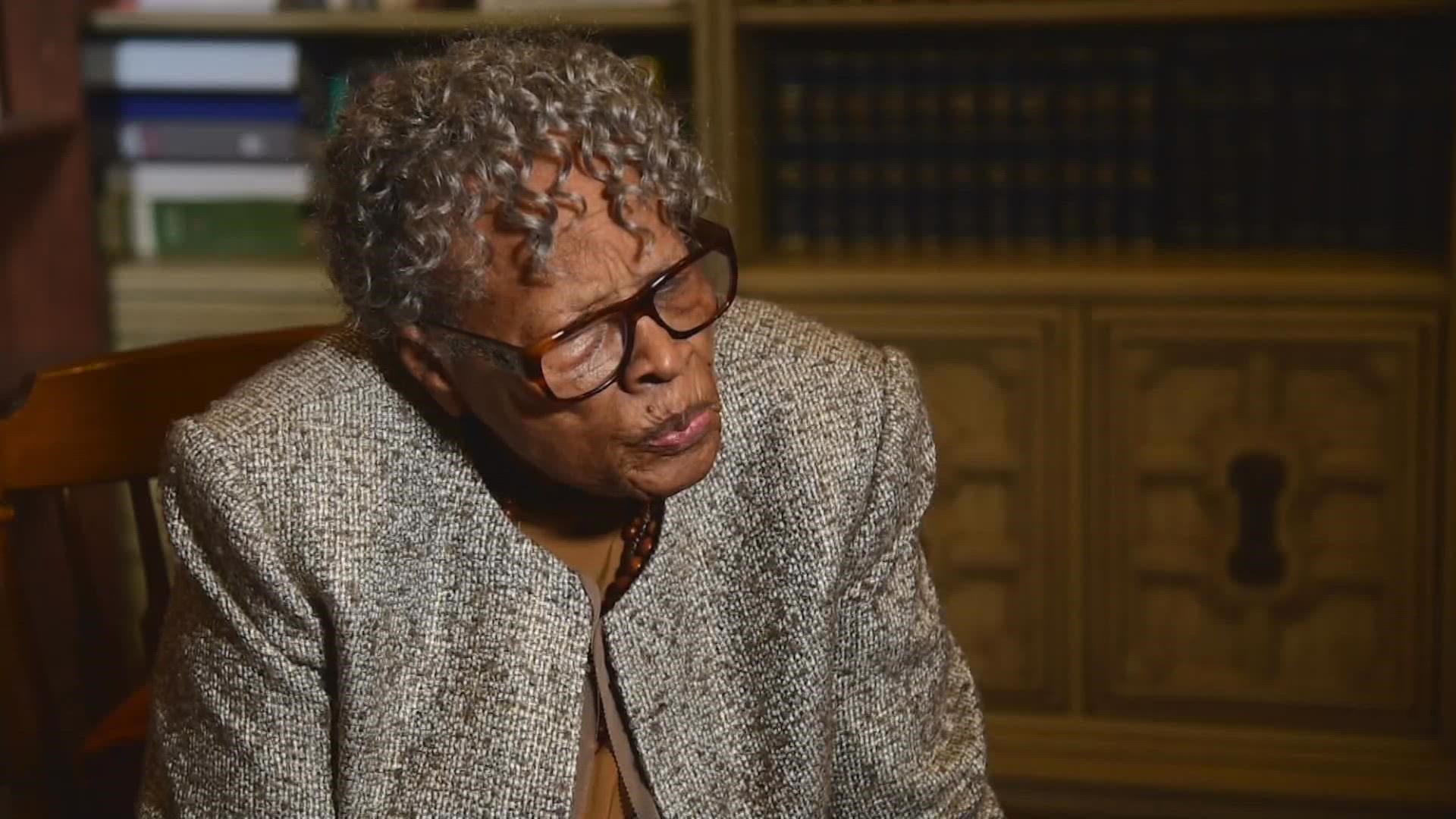 FORT WORTH, Texas — A Fort Worth woman who has been around longer than many is on the brink of going international. Her legacy centers around helping others and more recently a campaign about Juneteenth.

The work of Opal Lee has gotten the attention of people not just in Texas and the U.S., but also around the world.

When you reach the age of 95 years old, you have seen it all. That includes the day Opal Lee's family protected her as a child from people against freedom for slaves.

"My parents sent us to friends several miles away and they left under the cover of darkness. But those people tore that place apart," said Lee, "My father came to the door with a shotgun and the policeman told him if you bust a cap, I am going to let them have you."

Opal Lee shared those memories about June 19, 1939.  Since then, her longtime community work in Fort Worth includes a farm named after her where volunteers grow food for needy families.

But so far, Lee's biggest accomplishment is her push to make Juneteenth a federal holiday. She was by the side of President Joe Biden at the White House when he signed it into law.

Afterward, Lee celebrated with Fort Worth and 5 other cities across the country walking her signature 2.5 miles called "Opal's Walk for Juneteenth", done in parade style.

Lee said, "I keep telling people, I could have done a holy dance. The kids say I was twerking."

Lee, affectionately called the "Grandmother of Juneteenth," has also landed Fort Worth as the home of the National Juneteenth Museum.  The construction is scheduled to start in Spring 2022.  It has a completion date of about two years.

Lee started a Juneteenth Museum in Fort Worth years ago, but the national museum will be icing on the cake.

Sable Brands LLC plans to build the National Juneteenth Museum in Fort Worth, according to Unity Unlimited.  It will include mixed-use development to help bring the city's historic Southside neighborhood back to life.

"I want it here," said Lee, "and we worked extremely hard to get it here."

For the same hard work to help others, her granddaughter will travel to Africa to accept Lee's Lifetime Achievement Award from the global organization AFRIMA in Nigeria. The global award came as a complete surprise for the 95-year-old and her circle of friends, volunteers and family.

"When we heard it, we were like, wow, it reached past Texas and the U.S.? All right, cool!" said Dione Sims, "But the Juneteenth holiday work is just one layer of my grandmother's work. She has buckets full of things she has done in our community over the years."

"If we don't help each other, what good is living," said Lee.

The 95-year-old describes the national museum as so much more than just Fort Worth.  When it's done, she wants people from all over the country to be part of it.

On Friday morning, a film crew packed Lee's home with lights and cameras to interview her about the Global Lifetime Achievement Award and landing the Juneteenth National Museum in Fort Worth.

Credit: WFAA TV News
A film crew packed Lee's home with lights and cameras to interview her about the Global Lifetime Achievement Award and landing the Juneteenth National Museum in Fort Worth.