More than $250,000 has been raised in a "Justice for Atatiana Jefferson" GoFundMe account created by civil rights attorney Lee Merritt. 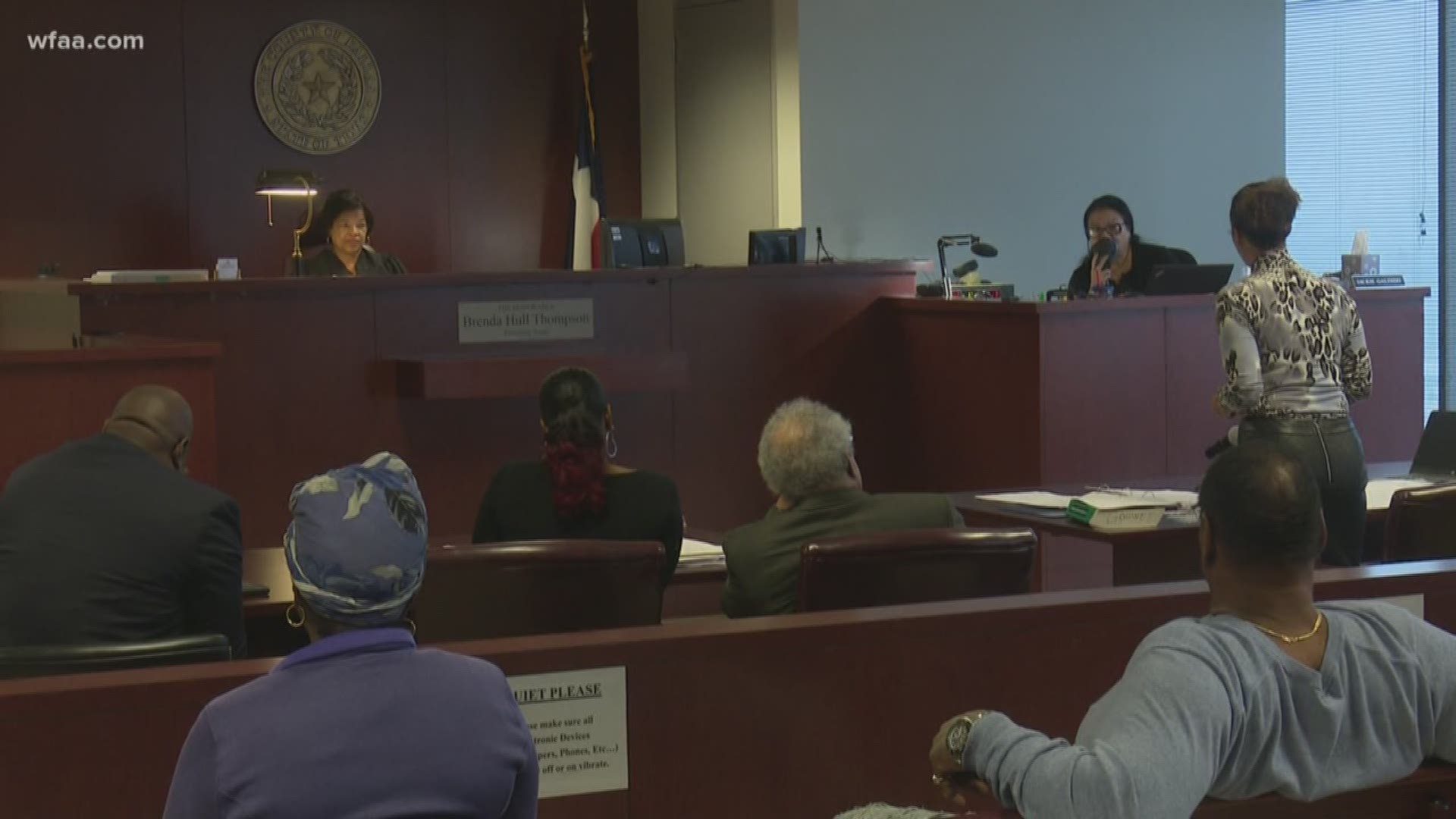 A day after the funeral for Atatiana Jefferson, her family was back in a Dallas County court to ask for a neutral third party to take control of her estate.

Jefferson, 28, was shot and killed inside her Fort Worth home by a police officer. That officer, Aaron Dean, resigned before he could be fired in connection with the shooting.

He was arrested on a murder charge in Jefferson's slaying.

The fatal shooting of a black woman by a white police officer prompted protests and calls for drastic changes at the Fort Worth Police Department.

Jefferson's death also brought out people's philanthropic spirit. Many donated to a GoFundMe and former Dallas Maverick Harrison Barnes offered to pay for most of her funeral.

The GoFundMe, which was started by civil rights attorney Lee Merritt, has raised more than $250,000.

But before Jefferson could be buried, her family became embroiled in a legal battle.

Marquis Jefferson filed a motion to stop the original plans for Atatiana Jefferson's funeral, claiming he was pushed out of the planning for his daughter's service.

The funeral was originally planned to take place Oct. 19 but was delayed after the legal maneuver.

Atatiana Jefferson's mother, Yolanda Carr, filed a temporary restraining Thursday alleging Marquis Jefferson had agreed to allow the funeral be streamed by news without her consent.

She said that violated a legal agreement made earlier in the week. Carr also requested Marquis Jefferson be barred from talking about the creation of a foundation.

The request for a neutral third party to be appointed to handle the slain woman's estate was made Friday by Carr and one of her daughters.

The family appeared in court Friday but Marquis Jefferson did not attend, despite being served with the temporary restraining order Friday.

RELATED: 'We could do better': Fort Worth aims to improve citizen experience at City Council after last week's tense meeting