'We could do better': Fort Worth aims to improve citizen experience at City Council after last week's tense meeting

Hundreds of people gathered to speak and protest about Atatiana Jefferson's death last Tuesday. This week, the city wants to make it all go smoother. 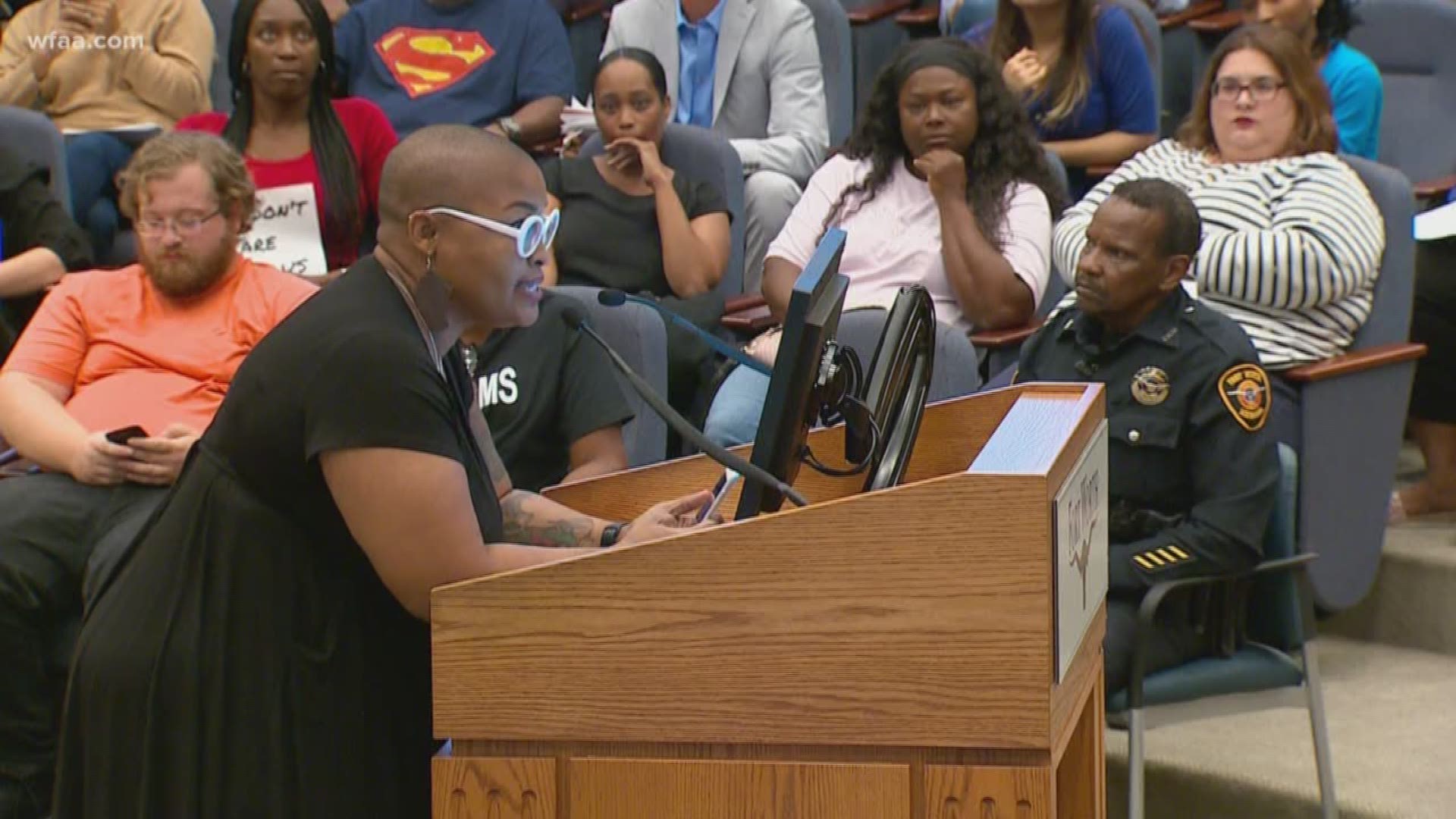 FORT WORTH, Texas — Last Tuesday was one of the most emotionally charged Fort Worth City Council meetings in recent memory, and Fort Worth city leaders say they could have done better.

"Were there some things that needed to be improved here in council?" we asked assistant city manager Valerie Washington.

"I would say without a doubt," she answered.

Last week, hundreds tried packing into and around City Hall to protest and speak about Atatiana Jefferson's death. She was the woman who was shot and killed in her own home by a Fort Worth police officer on Oct. 12.

RELATED: Fort Worth mayor says the city is 'broken' after the killing of Atatiana Jefferson

"That’s what our job is, to be here to listen," Washington said.

But Washington said it wasn't effectively communicated that capacity had been reached last Tuesday, so people felt they were being kept out. At the same time, the city had trouble finding some of the people who signed up to talk.

"There maybe wasn’t the smoothest process in getting people into the building," she said.

So this week for the City Council meeting, they're opening an overflow room, emailing directions to people who've signed up to speak and lightening up the agenda so public comment can start earlier.

They're also toning down the public police presence to make sure City Hall feels welcoming.

"Protests and demonstrations bring attention to the matter, and that’s not to negate those. However, after the tension is there, where do you go from there?" Baker Chapel AME pastor Melvin Wilson said.

He said the next step is an event at his church Thursday night, a church less than a mile from Atatiana's southside home. City and religious leaders will gather alongside community members to have a true back-and-forth talk about where to go from here.

Wilson said that true dialogue just hasn't happened yet, and it's needed.

"We’re committed as a city to moving forward in a positive way with positive solutions," Washington said, "but I think listening and letting out the steam and frustration is a part of that process."

They hope the changes they're making Tuesday night will help.