VERIFY: What is, isn’t allowed at Texas voting sites in 2020

From people skipping lines to poll workers marking on your ballot, we look into some of the common issues people are asking about related to voting in Texas.

A lot of questions started circulating online Tuesday regarding certain voting locations and about many of the long lines.

These are some of the most common topics and issues sent to WFAA from North Texas voters.

Can people campaign for candidates while you're in line?

Yes. It depends on where you're standing in line.

Electioneering is not allowed within 100 feet of the entrance to a polling place. However, with social distancing, lines are much longer this year and are stretching well beyond 100 feet.

So yes, electioneering can happen. That is also why you see clusters of campaign signs outside of that 100-foot limit.

Do poll workers have to wear masks?

A voter at a Frisco location sent us this photo of some of the workers not wearing masks. This does not go against the mask mandate.

However, many locations do provide poll workers with masks. For example, Collin County is giving poll workers KN95 masks and face shields for those who want them.

Can some people cut to the front of the line?

Yes. The Texas Election Code includes a section about voting order priority and those who can go ahead of others.

Disabilities and conditions that may qualify you for voting order priority include:

A person assisting an individual with a mobility problem may also, at the individual's request, be given voting order priority.

A voter sent us videos of people taken to the front of the line at a Burleson, Texas, voting site. 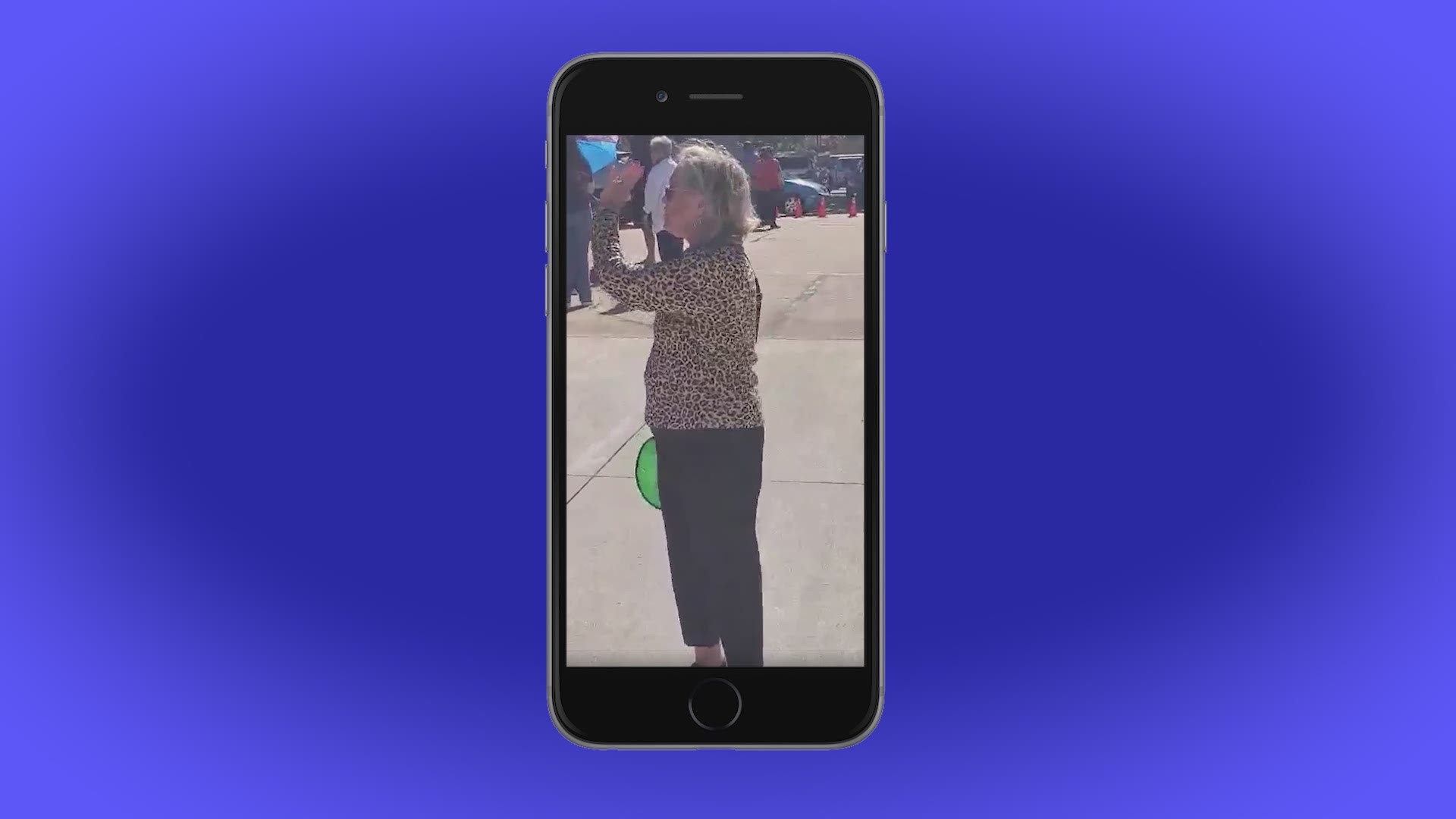 The Johnson County Elections Office confirmed these are people who fit in with the priority order.

Can markings cause my ballot to be disqualified?

Not in Texas. Every Texas ballot has to be eventually signed or marked by the voting center's elections administrator, according to Tarrant County Public Information Officer Bill Hanna.

The message below started spreading around social media Tuesday, saying that "Your ballot could be disqualified if it is written on."

The impact of certain markings is actually different depending on what state you are voting in.

The League of Women Voters of Texas President Grace Chimene said the Texas Secretary of State told her this post is incorrect and not true. Some ballots will have some markings on it.

Jay Riestenberg of Common Cause said it is still good practice to ask your poll worker why they put any markings on your ballot.

RELATED: Live blog: Tens of thousands of North Texans turn out on the first day of early voting

If you don't get a clear answer, Riestenberg said you can ask to speak to the election supervisor or lead election judge.

It is still important to fill out the ballot yourself correctly, with no extra notes or marks elsewhere.

If you end up wanting to get a new ballot, Texas allows voters to receive up to two more ballots if you make a mistake while filling it out.