Tarrant County had to close one location due to a poll worker testing positive for COVID-19. 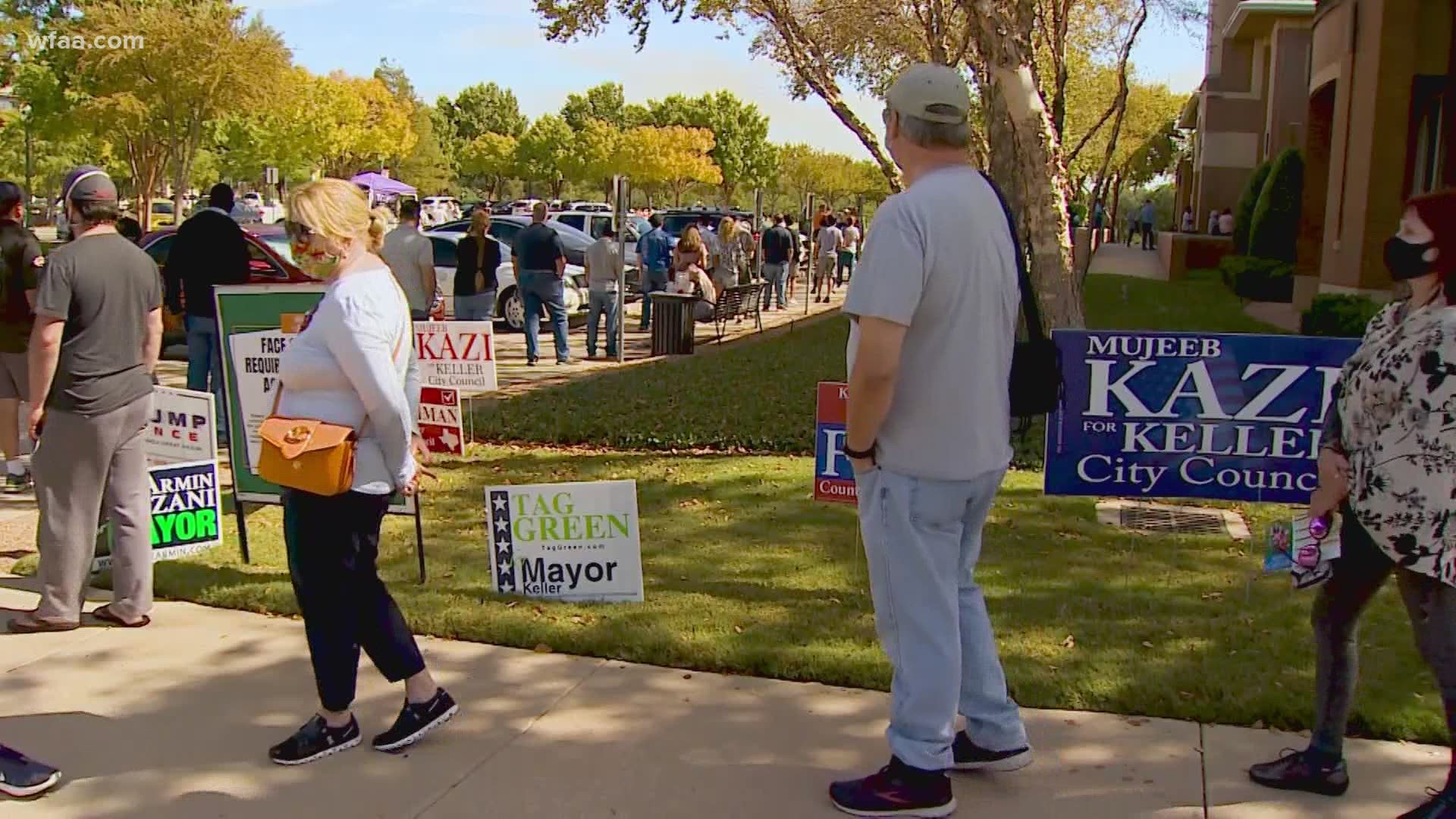 FORT WORTH, Texas — Updated at 7:45 a.m. Wednesday with information about Dallas County.

The line at the Tarrant County sub-courthouse in southeast Fort Worth stretched for several blocks Tuesday morning.

Yolanda White and her parents decided to come back after it shrunk to cast their ballots.

“I was really excited to see so many people out on the first day of early voting,” White said. “We’ve only been here less than an hour now.”

“You’re at the top the rollercoaster looking down about to be dropped on it,” Heider Garcia, Tarrant County’s Elections Administrator said. “I think it’s going very well to be honest with you.”

The first day issues included a Euless location closing because of a poll worker’s COVID-19 case, and a couple others opening late because of the positive test.

“It could have been disastrous, but we had a plan and it worked,” said Garcia.

In Dallas County, there were long lines as well. But there, election workers saw record numbers of voters for the first day of early voting: the final number was 59,905 people, according to election officials.

The 2016 race had set the previous record for Dallas County, Judge Clay Jenkins tweeted out, with 58,775 people turning out to vote on the first day then.

And while there is an extra week to vote early this year, Garcia still recommends people go as soon as they can. There are 50 voting locations now open across Tarrant County and 61 across Dallas County for voters to do just that.

“Things get better and flow smoother as the days go by,” said Garcia.

He says lines are good sign and they always hope for the enthusiasm to vote. After months of waiting, what’s another couple of hours. 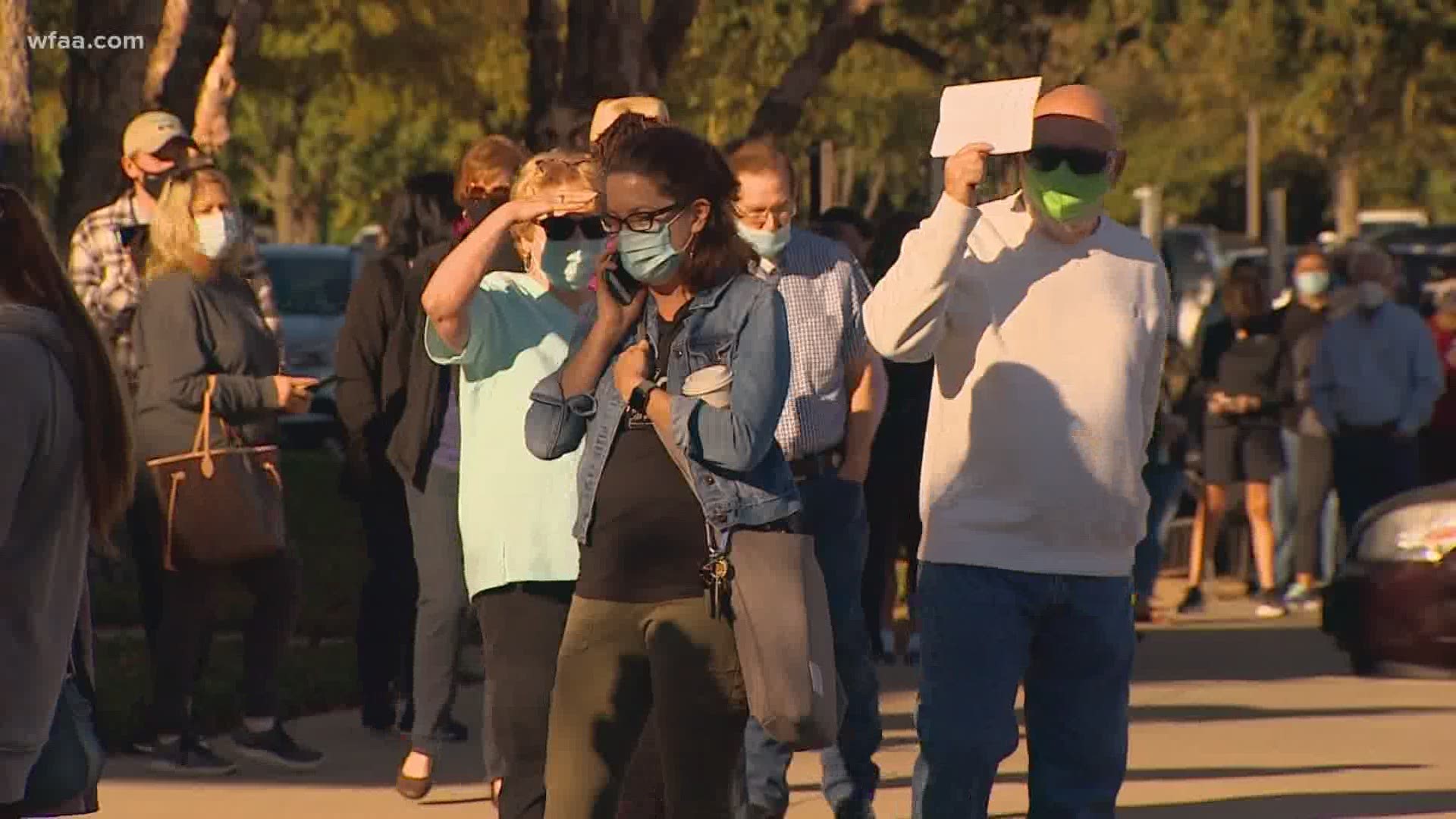