It’s uncertain which precincts are involved or if the apparent winners from any races will change. 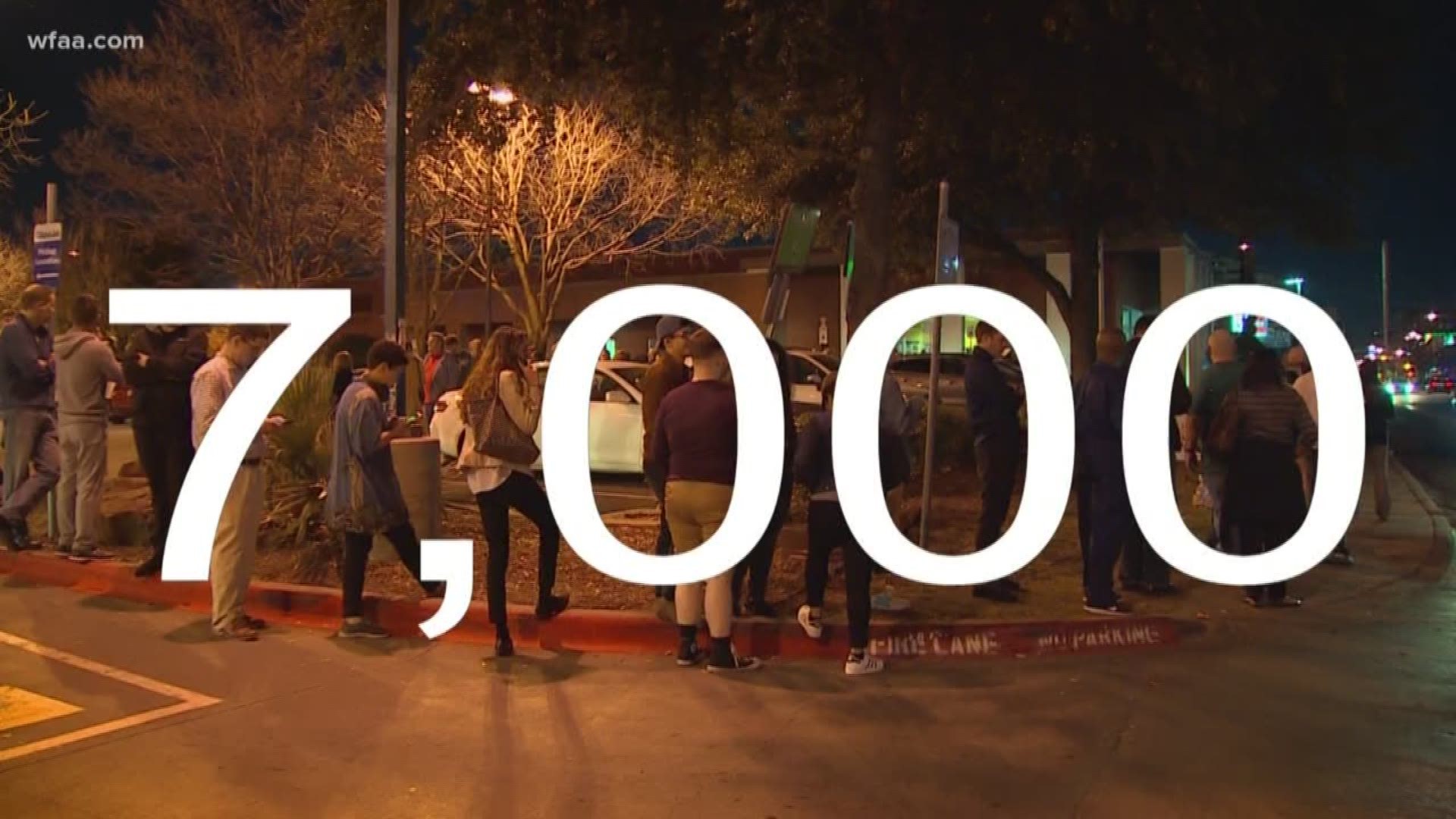 DALLAS — Updated at 12:45 p.m. Tuesday with the latest on the recount process and what locations were affected.

Dallas County Elections Administrator Toni Pippins-Poole discovered her office did not count about a tenth of the polling locations where voters cast their ballots on Super Tuesday, court documents submitted Friday revealed.

She asked a court to let her conduct a manual recount of the votes, after she discovered 44 thumb drives containing ballots that were not included in the final results.

A judge ruled in a hearing Tuesday morning at the Dallas County District Court that a recount could proceed, but only for the ballots that went unaccounted for.

It’s uncertain whether the apparent winners from any races will change.

"Of the 44 thumb drives, 16 were not received in a timely manner to the Elections Department and 28 were from voting machines not scheduled to be used but were used by volunteer election officials," Pippins-Poole said in a statement Saturday evening addressing the blunder.

“We need to investigate this entirely, immediately. The time has absolutely come for Toni Pippins-Poole to step down as elections administrator,” Dallas County Commissioner J.J. Koch told WFAA. “I deeply regret that this is happening in Dallas County right now. There’s already enough questions about our ability to serve the people of Dallas County. This is tremendously damaging to our local democracy.”

Pippins-Poole filed the petition and affidavit in court late Friday, according to county officials.

In the affidavit accompanying the court petition, Pippins-Poole said she only made the discovery while reconciling the books and discovered she did not have enough ballots for everyone who showed up to vote.

She now wants to recount and re-tabulate votes in both the Democratic and Republican primary elections.

“I think that its important that every vote is counted and then if it impacts the election, it impacts the election,” said State Sen. Royce West, D-Dallas, who narrowly made the May runoff election for the Democratic nomination in the U.S. Senate race. “I’m troubled by why 44 boxes had not been counted. We need to find out why that occurred and make sure it doesn’t happen again.”

For the March 3 primary elections, Dallas County began using new voting equipment that requires two thumb drives to record the votes, one is the main drive, the second is a back-up.

“This new election equipment records citizen votes electronically, but also creates a paper ballot record of the votes which were cast,” according to the court petition.

Pippins-Poole said she “consulted with the Texas Secretary of State” after discovering the 44 thumb drives and decided to petition a court to let her “reopen” the central counting process.

“The recount requested would involve taking the paper ballots from the ballot boxes of those 44 scanner and tabulator machines and running the paper ballots through the central counting station tabulator,” the Dallas County petition states. “Further, the Dallas County Elections Administrator asks the Court to set a date and time for the recount to occur so all parties authorized under the Texas Election Code may attend the recount and observe.”

“We anxiously await the explanation from the elections department on how this could possibly happen. Until that happens, I won’t deal in supposition or what-ifs,” Rodney Anderson, the chairman of the Dallas County Republican Party, told WFAA this afternoon.

“Our main concern is that the vote of every Dallas County voter, Democratic or Republican, is counted. Due to the small number of uncounted ballots, it is doubtful that the outcome of Tuesday’s vote will change. Nevertheless, the Dallas County Election Director is correctly requesting permission of the Court to open the ballot process so that all ballots can be counted," said Carol Donovan, the chairwoman of the Dallas County Democratic Party.

“It is unfortunate that Commissioner JJ Koch has prematurely requested the resignation of Dallas County Elections Administrator Toni Pippins-Poole before any investigation and before the court has ruled on her petition for recount," Donovan said. "Much of the confusion and delays were caused by the failure of the local Republican Party to staff even half of the Dallas County vote centers."

“On March 6, 2020, I filed a petition with the District Court, in my official capacity as Dallas County Elections Administrator, to re-open the Central Counting Station for a recount and re-tabulation of the Dallas County March 3, 2020 Democratic and Republican primary elections. During the reconciliation process after Election Day, it was determined that there were discrepancies with thumb drives from 44 of the precinct scanner and tabulator machines. Of the 44 thumb drives, 16 were not received in a timely manner to the Elections Department and 28 were from voting machines not scheduled to be used but were used by volunteer election officials. When Dallas County procured new election equipment, we ensured that paper ballot records were included with our electronic system. With this paper backup, and in consultation with the Texas Secretary of State, I have asked the District Court to allow Dallas County to authorize the recount of the paper ballots through the central counting station tabulator. If the Court grants this petition, the Dallas County Elections Department will post notice of the recount and make the results available to the public as quickly as possible.”