Why are there separate lines for Democrat and Republican voters on Super Tuesday in Texas?

It's important to remember that in Texas, the parties put on the primaries using county-owned voting equipment. 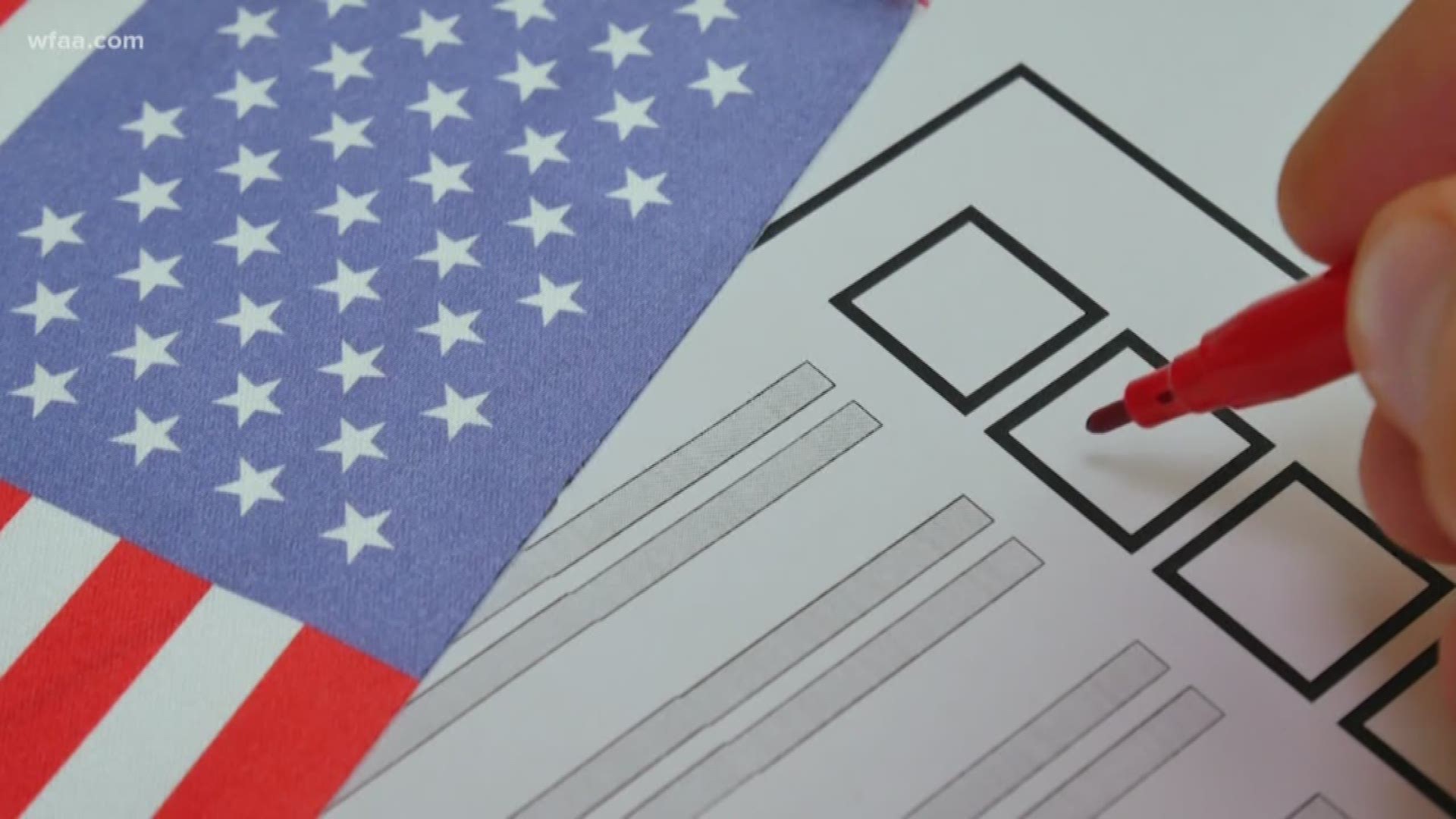 DALLAS — Is it normal for poll workers to split up Democrats and Republicans into separate lines to vote?

That's a question many voters had Tuesday morning.

The simple answer is yes.

It's not uncommon for that to be the case during primaries in Texas, because voters must select which party primary they want to vote in and then get a ballot for that race.

They then often have to use a machine that has already been dedicated to one party or the other, as the ballots are inside the machines some counties use.

There might be longer lines for Democrats this year than Republicans due to the fact that there are bigger races in contention for that party, like the presidential nomination and the race for U.S. Senate in Texas.

RELATED: Know before you go: 2020 voter guide for Super Tuesday in Texas

Some voters were reporting a higher number of machines being dedicated to Republican voters than Democrats.

That could be due to poor management by the county or because a county has a higher number of Republican voters overall.

Joe Williams, the presiding judge of the Mansfield Subcourthouse polling place, told WFAA the number of machines they have is based on population data from the 2010 U.S. Census.

He said they have seven booths for Republican voters and five booths for Democratic voters.

The U.S. Census does not, however, ask respondents for their political affiliation.

WFAA's Ariel Plasencia talked to both the Tarrant County Republican Party leader Rick Barnes and the Tarrant County Democratic Party precinct chair Heather Buen. Both of them said the reason why there are seven Republican booths and five Democratic booths at the Mansfield Subcourthouse is not because of the census, as Joe Williams originally stated. Instead, this discrepancy is based on voter history at that polling location. Buen said that the Tarrant County Elections Administration Department decides how many of each booth there are going to be.

Buen said that the Democratic precinct chairs voted to keep the voting booths separate because they were concerned that their voters might be subjected to potentially hostile election judges.

Barnes said that Tarrant County Elections Administration Department went to the Democrats first, who voted not to share the machines.

It's important to remember that in Texas, the parties put on the primaries using county-owned voting equipment.

Tarrant County Elections tweeted out that they offered to have the parties share equipment this year, but the parties did not agree to do so. Now, officials with the county's Elections Administration Department say they wish the parties had taken their advice.

Tarrant Democratic Chair Deborah Peoples told the Fort Worth star-Telegram's Bud Kennedy in a statement that the party has "never shared machines in a primary. The Democratic Party always has is [sic] voting area with their machines and the Republican party always has its area. The only time we ever share machines is in the general and during early voting."

Tarrant County Judge Glen Whitely told WFAA this is only the second time they have used these particular machines and some of the problems can be attributed to some of the voters jamming the ballot into the machine. Whitely said there are currently almost 3,000 machines across 192 locations.

This November — after the parties select their candidates — every machine will have the same ballot and the elections will be run by the counties and Secretary of State.

Follow all the updates on Super Tuesday with WFAA's live blog.