A special legislative session is hours away in Texas. Here’s what to expect.

Gov. Greg Abbott set July 8 as the date for state lawmakers to reconvene in Austin. 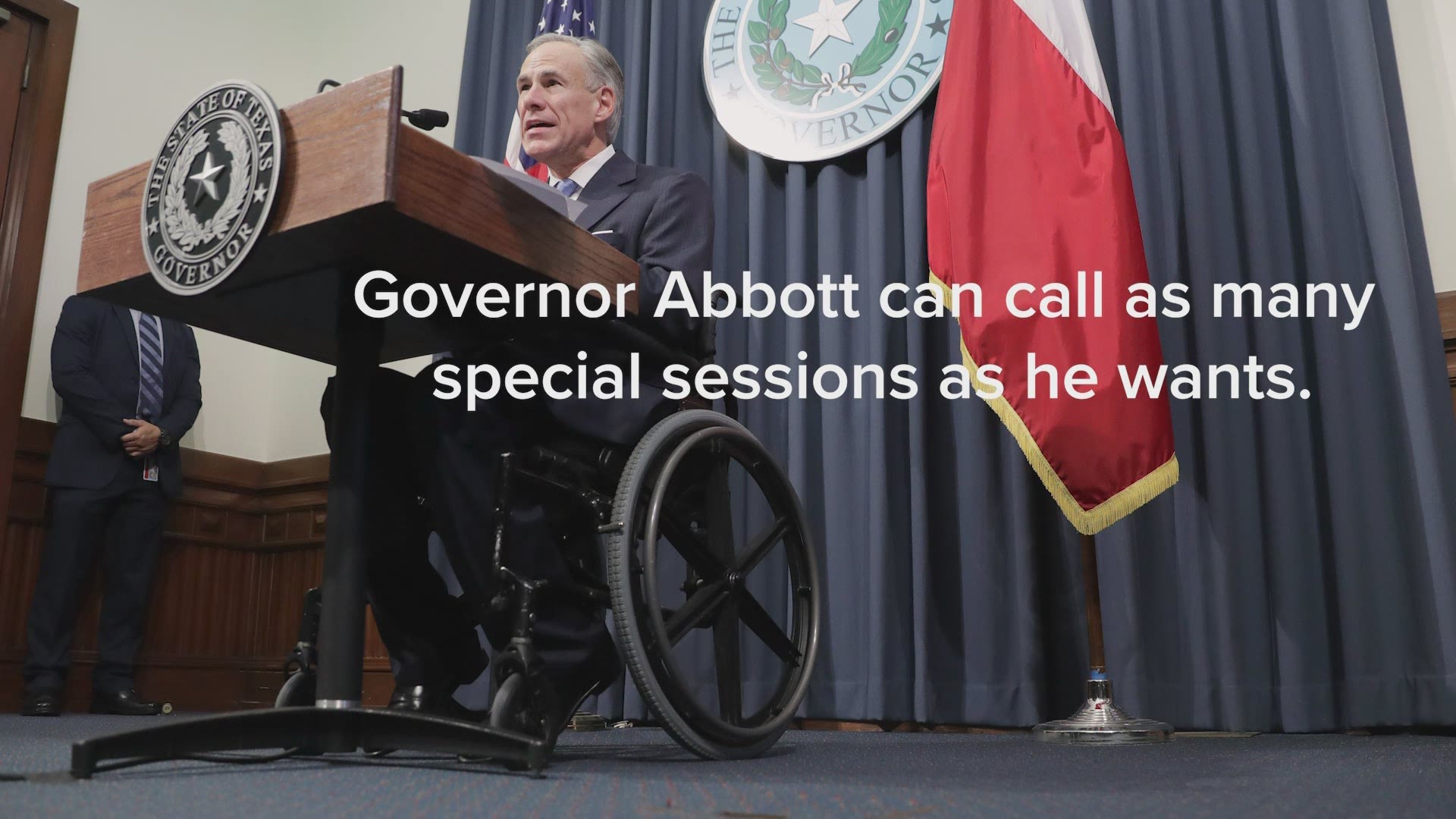 DALLAS — State lawmakers reconvene in Austin on July 8 for a special legislative session called by the only Texan with the power to call it – Gov. Greg Abbott.

Three weeks after the regular session ended, Abbott announced he would be calling lawmakers back in July.

He said he would reveal the agenda prior to the session’s start, but with less than 48 hours to go before the gavel was set to fall, his list of priority items had not been made public.

RELATED: Can anything stop the voting legislation during the special session in Texas?

Only legislative items that the governor puts on the agenda can be discussed during a special session.

A special session in Texas can last no more than 30 days, but it can be shorter.

If the governor is not satisfied with the outcome of this special session, or if he wants lawmakers to focus on additional topics, he can call additional sessions – as many as he wants.

The Texas constitution gives him the power to do that.

“But it also gives him a lot of responsibility,” said Scott Braddock, editor of the Quorum Report.

“Texans hold the governor accountable for what happens in a special session. It costs about $1 million in tax dollars for that 30-day period,” Braddock said.

RELATED: Gov. Greg Abbott vetoes funding for Texas Legislature and its staff as punishment for Democrats' walkout on elections bill

Even though Abbott waited until the final hours before the session’s start to publicly announce his agenda, lawmakers know voting rights will be at the top of his list.

Republican-backed Senate Bill 7 failed in the final hours of the regular session when House Democrats walked out off the floor, breaking quorum to prevent a vote.

“We defended our constituents by blocking a vote on that bill,” State Rep. Chris Turner, D- Arlington, and chair of the House Democratic Caucus said in May.

“It really is about accessibility and security. They’re both important and that’s what the bill is about,” said the bill’s sponsor State Sen. Bryan Hughes, R-Mineola.

Exactly what a special session version of the voting bill will look like is unclear, as is the strategy both parties will take.

RELATED: Inside Texas Politics: Previewing the legislative special session that kicks off July 8