'When the traffic is moving it's like the Wild West': Tow truck operator narrowly escapes being hit by careening car on U.S. 75

"If that truck wasn't there I wouldn't have a husband" 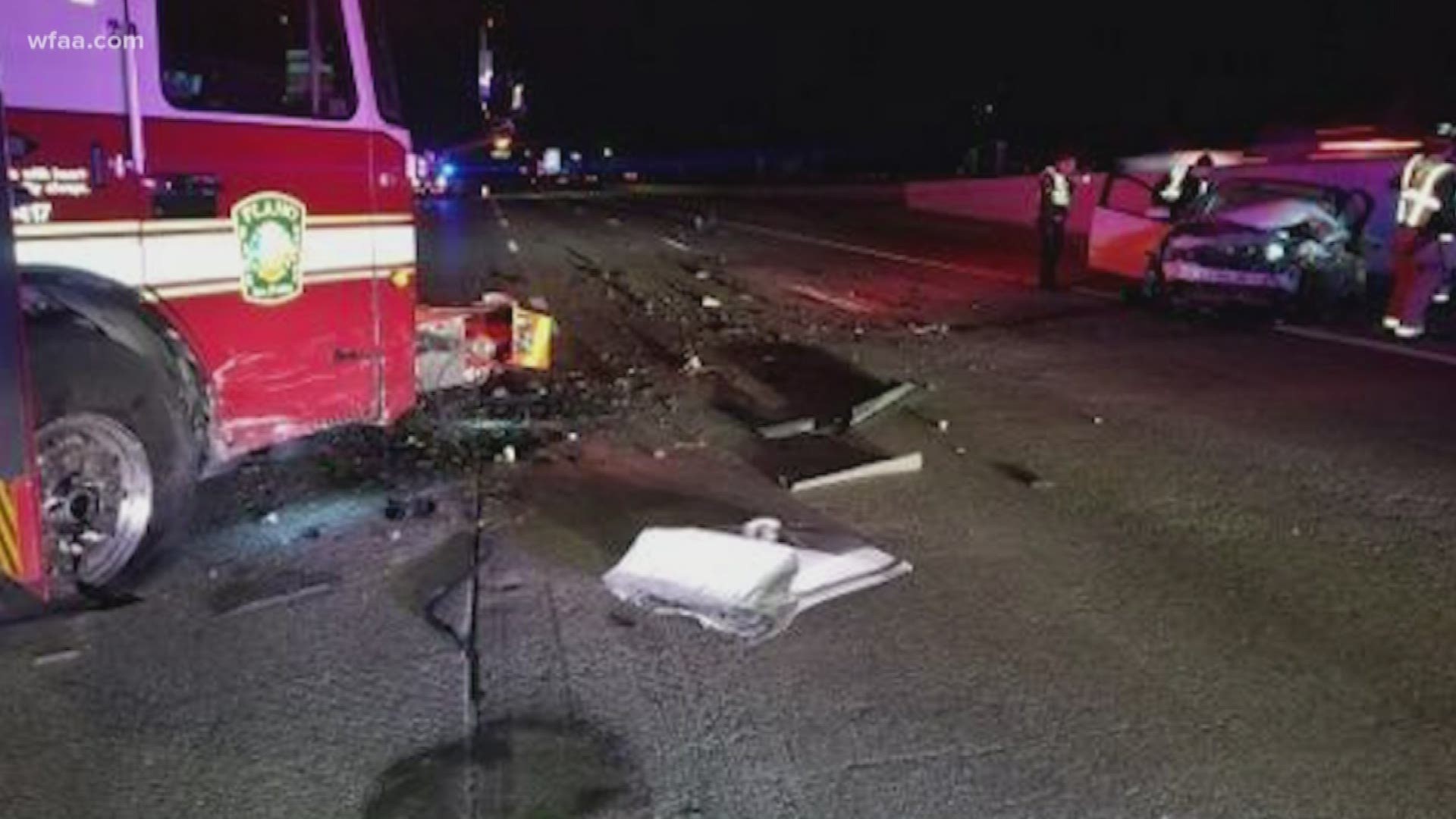 DALLAS — Some Texas highways have a reputation for being hectic and dangerous, but few highways are as notorious as Highway 75.

Bill Miller, a towing operator for Jordan Towing in Plano, knows that Central Expressway requires everyone to be on alert.

"When the traffic is moving it's like the Wild West," Miller said.

Two weeks ago, Miller was responding to a crash at Highway 75 and Spring Creek Parkway. Most of the time, when tow operators are working a crash, the fire departments use their trucks to shield the traffic. On that day Plano Fire's Truck 1 was angled to give Miller all the room he needed to work.

"That's the sole purpose of us going to these accidents; to block the traffic," Plano Fire Captain Ray Fitch said.

Miller wasn't even on-scene for five minutes before a vehicle slammed into Truck 1. Miraculously, the car careened away from the earlier accident and the tow truck.

Everyone realizes, including Bill's wife Michelle, this could all have been very different. Just five years ago, Jordan Towing company lost a young operator named Keith Yeager on the roads.

"That's when it hit what had happened," Michelle said. "I'm glad he came home."

Texas has the Move Over or Slow Down Law. The law reads:

"When it is practical merge away from a working vehicle or slow down by 20 miles per hour."

What happened two weeks ago prompted Michelle to tweet a "Thank you" message to Plano Fire. It was her first-ever tweet.

"It was pretty moving. We are able to help quite a few people and we never get to see them again after that," Fitch said.

On Thursday the Millers showed up to Fire Station 1 to personally say thank you.

"It hits you different when it happens to somebody you know," Michelle said.

Plano Police tells WFAA it is investigating the driver who crashed into the firetruck for a possible DWI.