The Starlight initiative allows police to monitor cameras and crimes happening in real time near some local businesses. 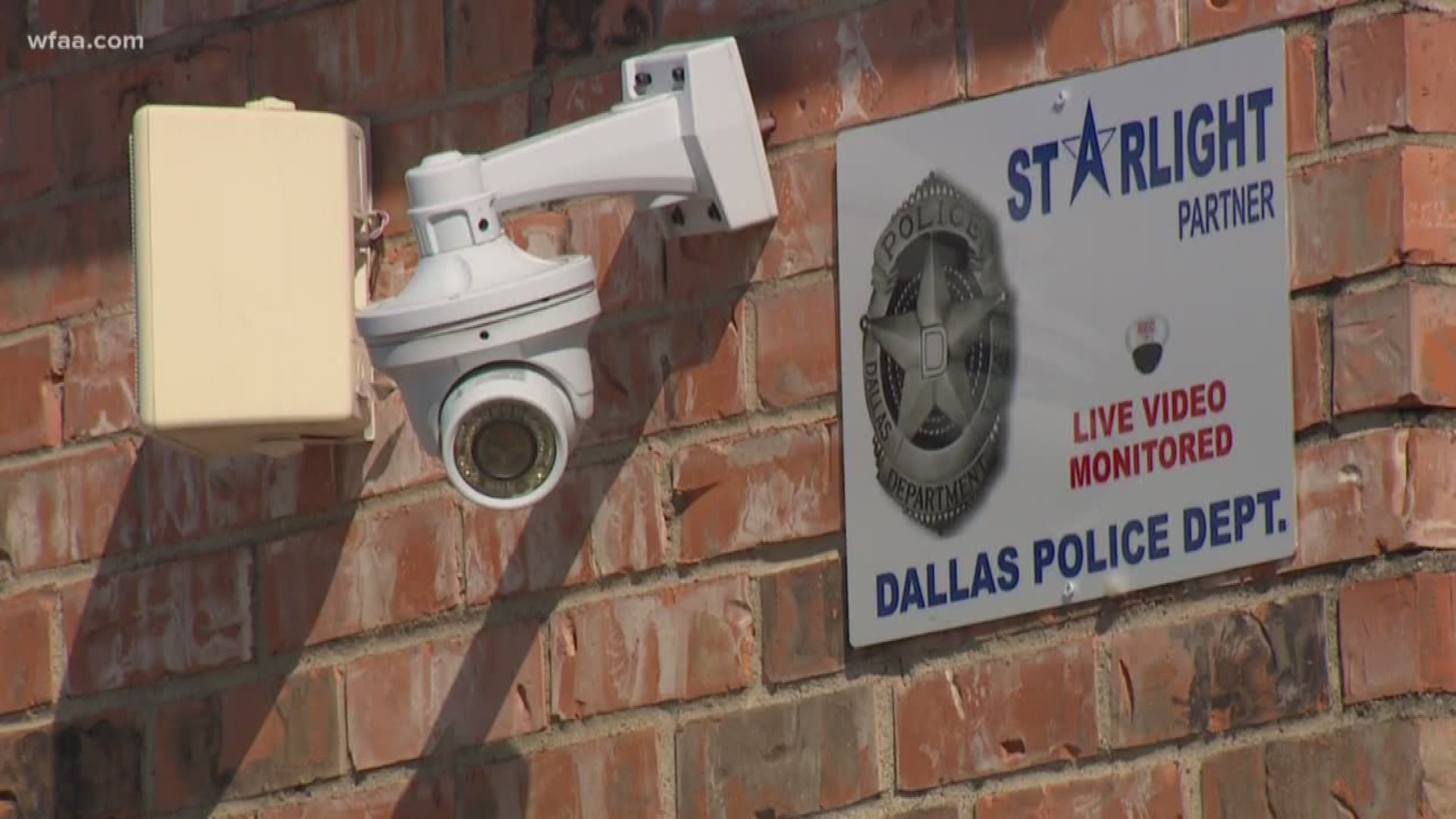 DALLAS — Some local businesses are working with the Dallas Police Department to launch a new surveillance camera program that officers believe will help make communities safer.

Police Chief Renee Hall says the new Starlight program will be a game-changer for surveillance, patrol and responses in the City of Dallas. Starlight is a visual virtual patrol initiative that uses state of the art technology to allow officers to monitor locations in real time and provide details as they are happening.

Dallas police has partnered with Safer Dallas and Motorola Solutions to launch the Starlight initiative.

“We looked at the highest calls for service throughout the city. That is how these areas were selected," Hall said.

Flashing blue lights, new signage and cameras are now installed at three businesses in Dallas. The following stores are part of the Starlight initiative:

Staff in Dall police's Fusion Center will monitor the cameras and be able to give patrol officers updates and detailed information about crimes and other incidents.

One lieutenant described the initiative as a safer, more informed, response.

“We saw that residents reported a number of crimes, and they had a certain level of fear in regards to coming to these locations. Our goal is to make sure that residents of our community feel safe and they have a safe place to stop and shop," Hall explained.

During the six-month pilot program, Dallas police will be collecting and analyzing data to determine how to advance the surveillance program in other areas of the city.