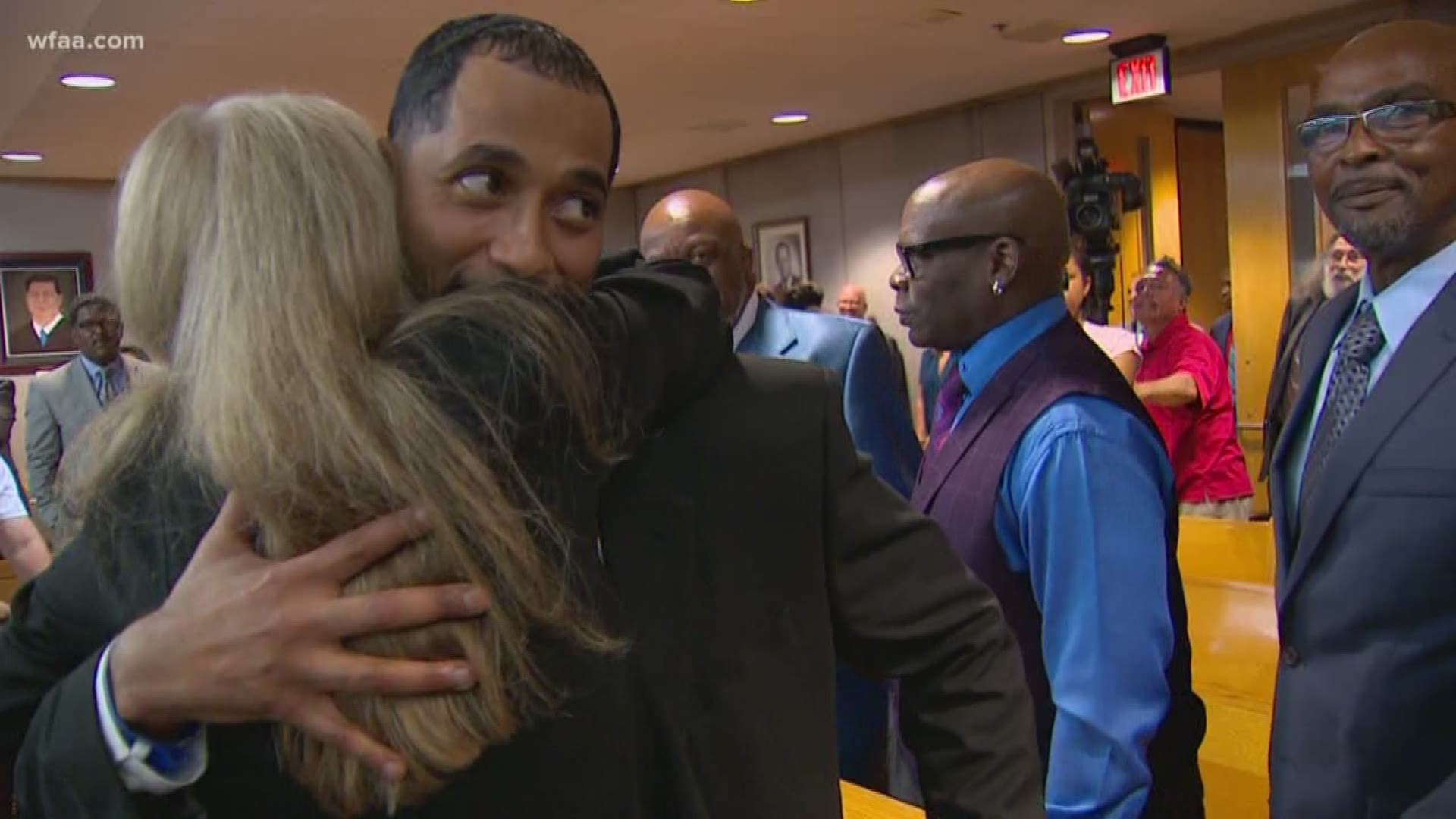 A man who spent 17 years behind bars for a murder he didn't commit can now begin to clear his name — years after the real killer confessed and was executed for a different crime.

Quintin Alonzo, 39, was released from prison in May 2018 after a short hearing declared him innocent of the 2001 slaying of 18-year-old Santos Gauna.

Alonzo was found to be wrongfully convicted based on false evidence, including eyewitness testimony that identified him as the killer.

Gauna, who was joining the U.S. Marines, was killed at his high school graduation party. His mother and stepfather were also shot but survived.

The faulty eyewitness testimony led to Alonzo's murder conviction and conviction of two counts of aggravated assault with a deadly weapon.

The Criminal Court of Appeals declared him innocent Oct. 2, and the Dallas County District Attorney's Office dismissed the three cases against Alonzo on Friday.

The formal announcement clears the way for Alonzo to receive compensation from the state for his time in prison.

Alonzo's case is the 41st exoneration in Dallas County since 2001.

RELATED: Dallas man exonerated after 17 years in prison for a murder he didn't commit

Gauna's real killer, Licho Escamilla, fled to Mexico after the shooting at the graduation party. Escamilla was originally considered a suspect in the crime but a witness later said Alonzo was the shooter, court records show.

Escamilla returned to the country after Alonzo was arrested. He went on to kill Michael Torres, 26, in November 2001, according to police records.

Weeks after killing Torres, Escamilla shot and killed Dallas police Officer Kevin James who was working an off-duty security job at a nightclub.

Escamilla was ultimately sentenced to death in the police officer's murder. Before he was executed in October 2015, Escamilla confessed to killing Gauna, court records show.