Officer Joshua Lott is expected to be OK. The department has shared a point of contact for people who want to help his family. 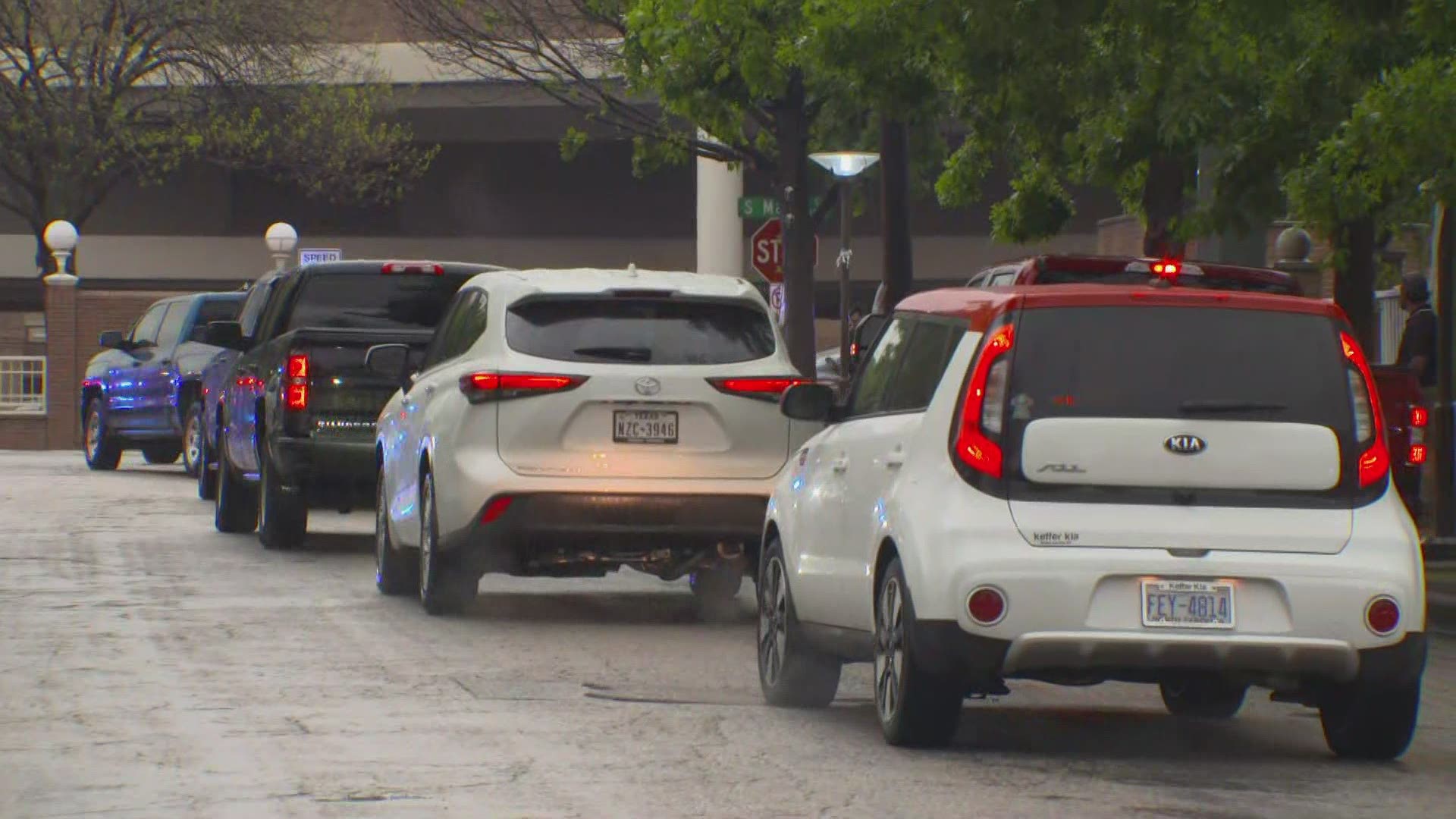 BURLESON, Texas — Updated Thursday with details of the officer's release from the hospital.

A Burleson police officer was released from the hospital, one day after he was shot three times.

Police agencies are expected to line up and salute him as he departs John Peter Smith Hospital around 6 p.m. on Thursday.

Officer Joshua Lott was the Burleson officer who was injured by a suspect during a traffic stop Wednesday morning.

The shooting happened around 4:15 a.m. when Officer Lott made the traffic stop on the 1100 block of Hillside Drive. The car was pulled over because of a defective tail light, officials said.

When the officer approached the car on the passenger side, one of the three people inside shot through the window at the officer. He was shot multiple times, police said. The suspect fled the scene but was eventually taken into custody.

Another officer transported him to JPS Hospital in Fort Worth for treatment. He was hospitalized for his injuries and is expected to be OK.

"He had no warning or anywhere to go. He was ambushed, no other way to say it, he was ambushed," Police Chief Billy Cordell said during the news conference.

He was awarded two life-saving awards, one in 2018 and one in 2020. He was given a police commendation in 2019 for work he made to recover seven motorcycles at Burleson Power Sports.

"Officer Lott was fortunate today when there have been other officers that were not," the department said on Facebook. "Our prayers are with Officer Lott and his family, the innocent victim's family whose life was taken when it is believed the suspect carjacked her vehicle, and to all law enforcement officers across the country and their families."

The department says they understand our community will want to know what to do to help Officer Lott and his family. You can reach out to lcauthern@burlesontx.com and she will assist in coordination.

"Burleson Police Department expresses our sincere appreciation to the multiple agencies who assisted and offered assistance, the U.S. Marshal's Office, Texas Rangers and Department of Public Safety. We also want to express our thank you to the medical staff at John Peter Smith Hospital who rendered care to our officer. Thank you to our community for their love and well wishes."