Police said it was a family violence incident. 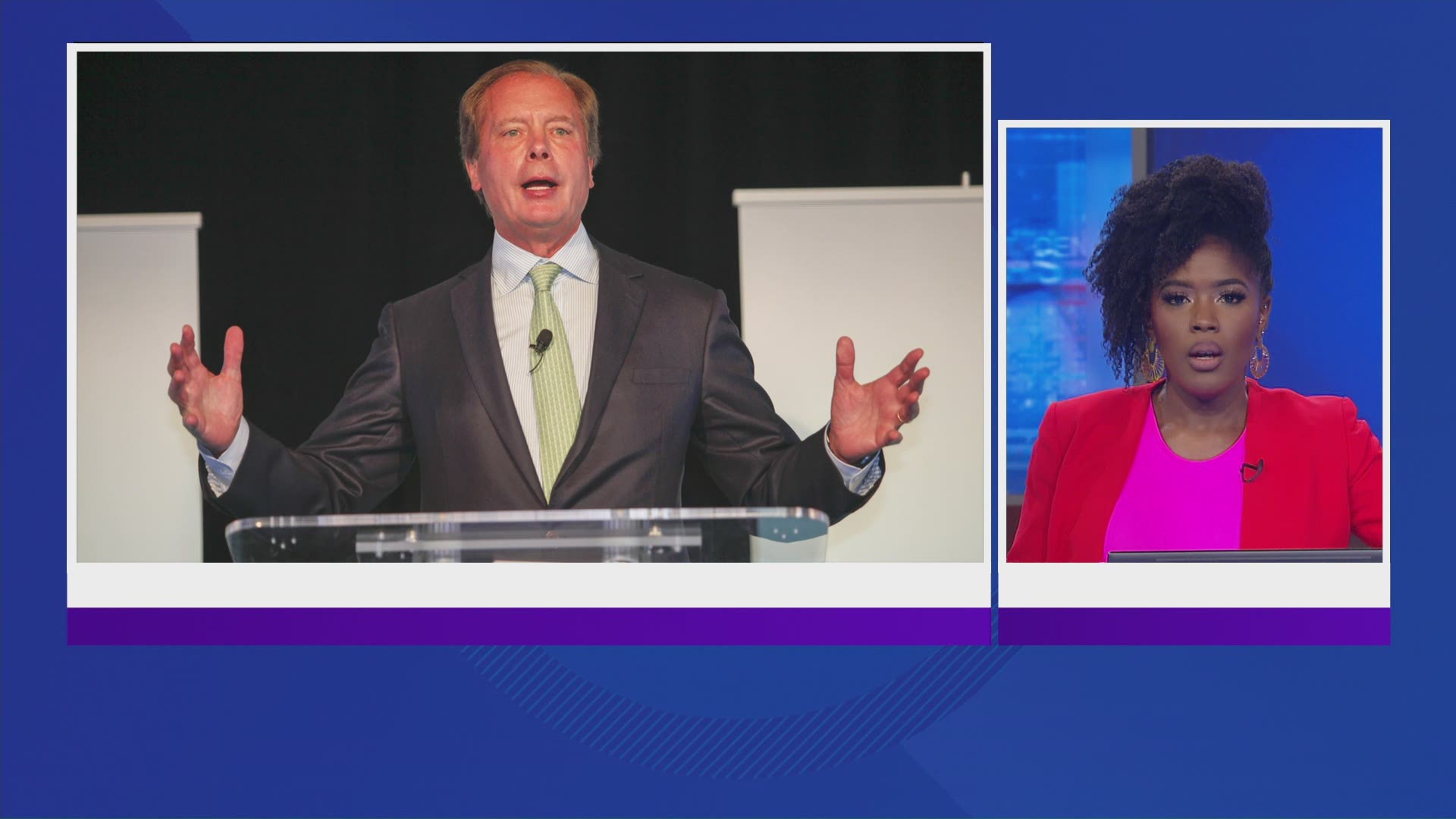 Dewhurst is accused of pushing a woman during a scuffle due to a laptop outside of the DoubleTree Hilton Hotel near Dallas Love Field, according to an arrest warrant affidavit.

When officers responded around 5:15 p.m. to a disturbance call on the 3300 block of Mockingbird Lane, police said they found a woman who had allegedly been physically assaulted by Dewhurst.

Hotel management told police officers that the woman was assaulted by Dewhurst. Officers spoke with the woman who said that Dewhurst was boarding a bus when the woman remembered that she had his laptop. It was a shared laptop that they both had access to, the affidavit said.

The officer saw in the video that Dewhurst was chasing her to the concrete bench area and pushed her down to the ground to retrieve the laptop she was holding, the affidavit said. The woman was also trying to maintain control of the laptop.

Dewhurst allegedly pushed her to the ground and was pushing her away towards the concrete bench, which caused her to hit her head against the bench and caused pain, the affidavit said.

They were transported to Dallas police headquarters where they were both interviewed separately by two detectives.

Dewhurst was being held at the Dallas County jail on a $1,000 bond, which was posted around 3:35 a.m. Wednesday. He was released around 4:14 a.m., according to jail records.

The police department's Public Integrity Unit will continue to investigate the incident.

Dewhurst was elected lieutenant governor and served under Gov. Rick Perry until 2014. He then lost position in the 2014 Republican primary in a heated race with current Lt. Gov. Dan Patrick.