VIDEO: Woman throws food in Dallas grocery store after workers ask her to wear a mask

The unidentified woman shouts profanities and tosses food from her shopping cart over being asked to wear a mask in a Fiesta grocery store. 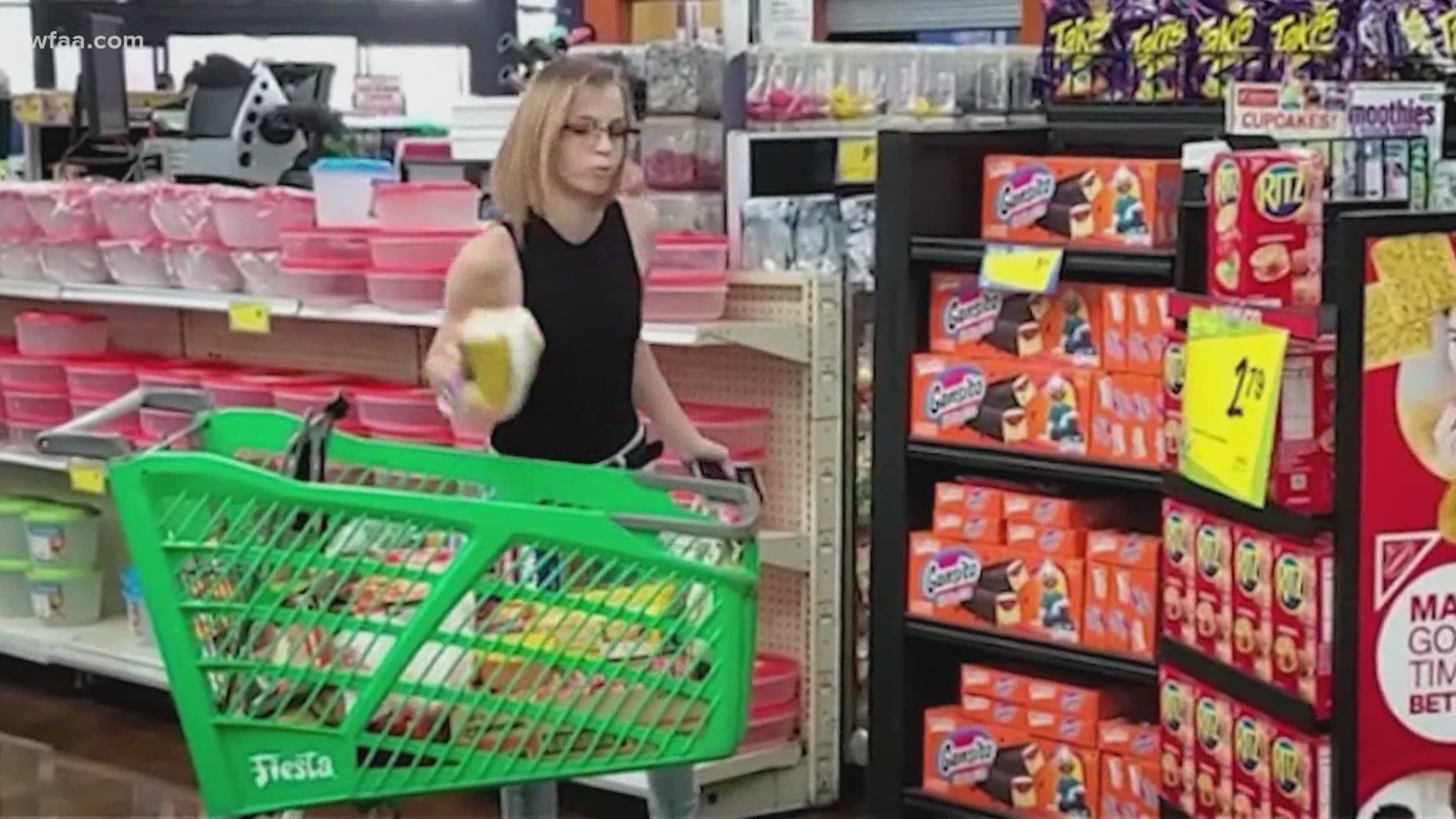 DALLAS — One customer’s profane-laced meltdown after being asked to wear a mask at a grocery store in Dallas is getting viral attention across social media.

The unidentified woman’s tirade was caught on cell phone video when she was at the Fiesta grocery store on the 3400 block of W. Illinois Avenue on Saturday, June 27. Video shows the woman throwing container trays of chicken, pork chops, other meats, and groceries from her shopping cart.

The mask requirement at all businesses in Dallas County has been in effect since June 21.

Police said they were called to the grocery store because the woman grew upset after a worker approached her near the check-out lines and asked her to put on a mask.

“I had noticed the woman during my time at the store,” said witness Omar Guillen. “She was wearing her mask but by the time she was in line she had taken it off.”

Fiesta has a list of COVID-19 protocols in place. Among them, a public mask procedures is posted that says a face covering that covers the nose and mouth will be required in its stores.

The woman stormed out of the grocery store, while waving a mask in her hands. She left the area before officers arrived on the scene.

Grocery store workers had to clean up the mess the woman left behind.