“The number of hospitalizations has doubled just this month, not only in Dallas County, but throughout North Texas," the Dallas County judge said. 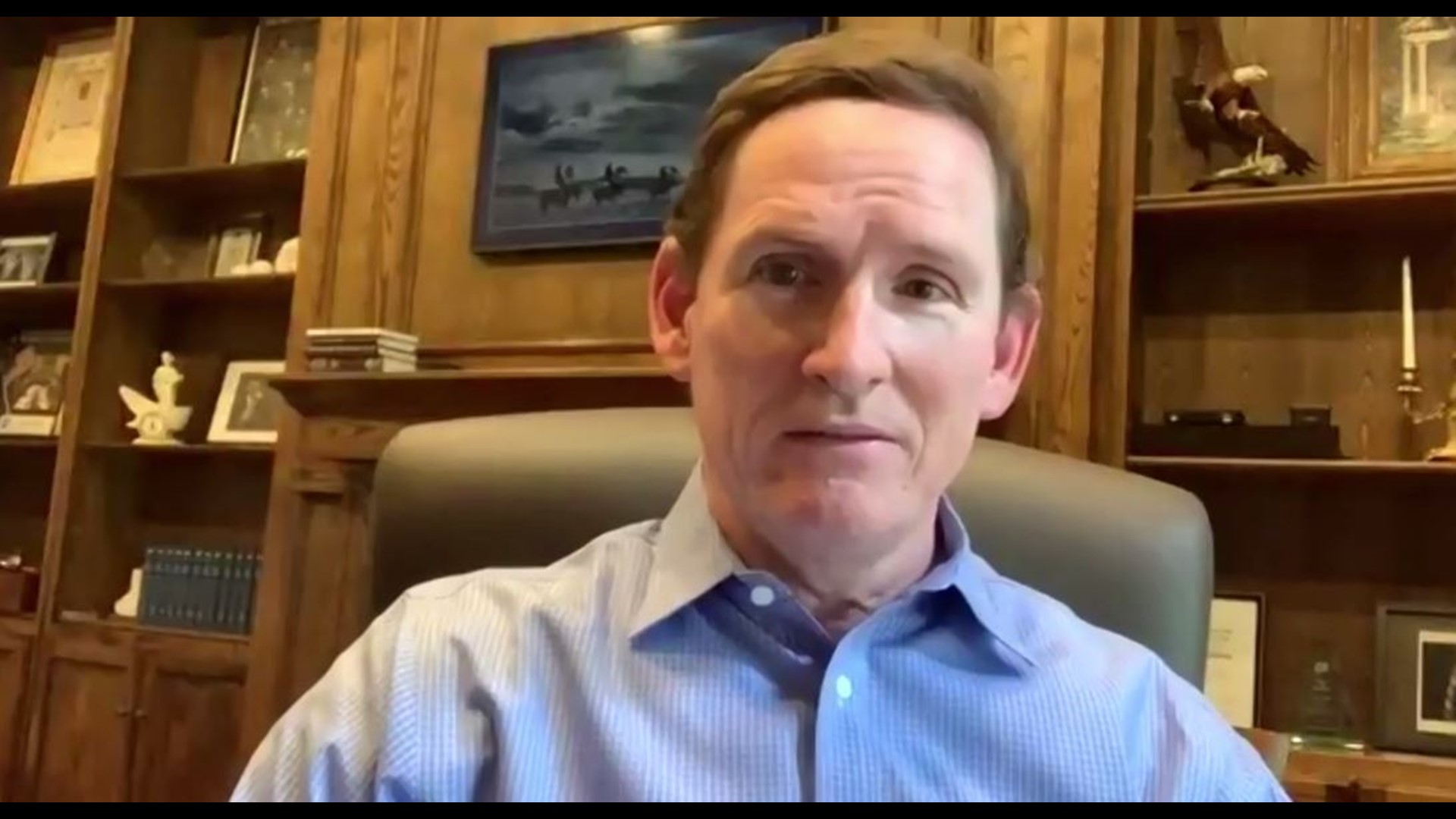 “The number of hospitalizations has doubled just this month, not only in Dallas County, but throughout North Texas, it’s as high as it’s ever been in the state of Texas,” Jenkins added.

This weekend Jenkins sent Gov. Greg Abbott a list of recommendations from the county’s Public Health Committee. Those recommendations include things like a 30-day stay-at-home order and a mask mandate enforced by fines either regionally or statewide.

“The governor at the end of April stripped us of the power to respond and said he would be the sole decider on what regulations could be put into place and then didn’t put any regulations into place. He took away all those regulations that we had worked with businesses and health leaders here in Dallas to put in place that worked so well in March and April,” Jenkins said. “We need him now to put those back into place on a regional or statewide basis and if he won’t do it then he needs to restore the power to mayors and county judges."

Testing is also a concern for the county judge. On average, it’s taking private labs testing insured patients to return results in a little more than three days. However, the free, federally-funded testing sites (like the American Airlines Center) are returning results in eight days on average.

“It’s ridiculous. An eight-day wait is almost useless,” Jenkins said. “If it takes eight or nine days to get your test back, that’s bad for you and it’s impossible for us to do effective tracing and isolation of your contacts if they’ve been out and about for eight or nine days after you had symptoms to go get tested.”

“It’s just another example of how our broken health care system creates haves and have nots,” Jenkins said. “If you go in and you have insurance you’ll get a response pretty quickly. If you go to these federals, you won’t.”

He wants the state and feds to give Dallas County the materials so the county can complete the test themselves.

“We’ll run them through our own machines and our own labs that we built and paid for at UT Southwestern and Parkland so we can do one and two day turnarounds,”  Jenkins said.

Jenkins says he needs help from state and federal leaders before the coronavirus crisis continues to get worse.