Some neighbors remain without water, as plumbers work to repair busted pipes. 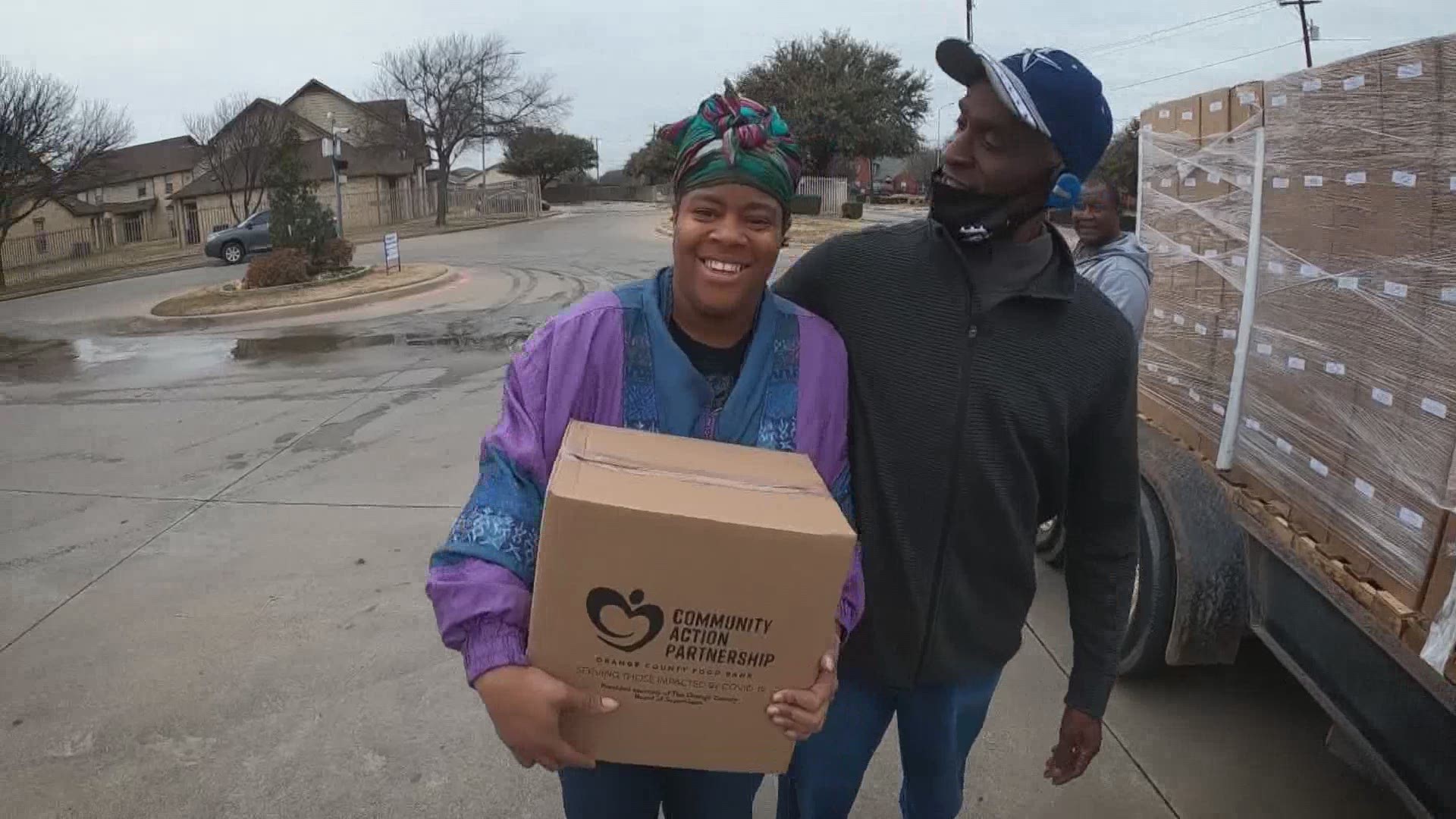 DALLAS — There are many neighbors across North Texas who are still dealing with water outages and lingering repairs from the recent winter storms. In the meantime, plumbers are working hard to get water lines repaired and services restored.

"It felt like we were just in survival mode,” said Taylor Skinner.

Some neighbors said they’ve been left in limbo as a result of frozen pipes, busted water lines, and weather-related service outages.

“My momma’s roof caved in. It’s just been a struggle for us,” said Joshua Strout.

Strout is among those living at Lakeview Townhomes in West Dallas still waiting on water to be restored.

Plumbers and contractors are working around the clock.

In the meantime, some seniors and families are doing everything they can to get by.

"In here, when the power went down and the water went down, they struggled,” said Greg Jones with GEM Outreach.

The nonprofit organization is traveling to some of the hardest hit areas. Jones and his team are delivering food to neighbors who still need assistance after a tough week.

"There’s not a lot of major stores around. So, all of those resources got depleted pretty quick,” said Jones.

Relief efforts are coming in to North Texas from across the country.

"There’s not a question in my mind that Dallas is going to fully recover,” said Mayor Eric Johnson.

Donations have also come in from the Dallas Mavericks and a variety of other individuals and organizations.

"I know that with the community and philanthropic support that we’ve seen here today, there is nothing, and I mean nothing that will knock our city down for long,” said Johnson.