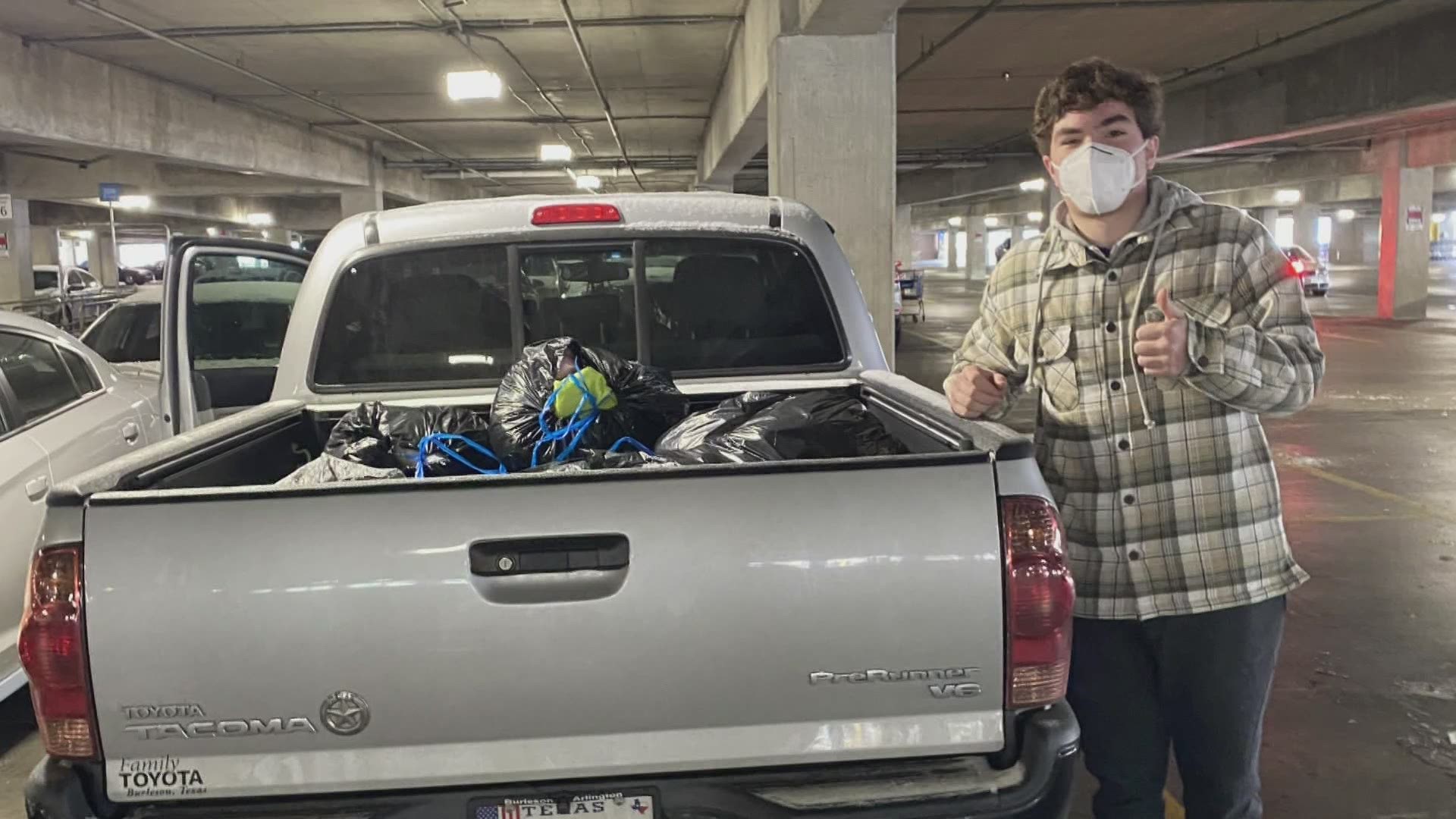 "I wasn't surprised that it happened," his head coach, Jairus Mitchell said, after a weekend in which Mitchell did some tremendous work off the football field.

A wide receiver and defensive back for the state champion football program at Lakehill Prep, Crow has been a guiding force for a program that has played for a championship in back-to-back seasons.

"When it comes to his character, as a human," Jairus Mitchell said, "in moments, he's gonna do the right thing."

And as the winter weather was rolling in last week, Crow's moment happened at a Target, when he saw the homeless dealing with frigid temperatures.

"It was just pretty sad," Crow said, "because it was kids younger than me."

Kids younger than him, a high school junior, struggling with homelessness amid a historic cold snap.

"Yeah, they were using a shopping cart as shelter," he said.

So that Saturday before the storms hit, at 10:30 at night, Mitchell went to work.

"And I thought he was crazy," his mother Michelle said. "But it's just like, 'you know, just let him do it, cuz he's not gonna let it go.'"

No, he didn't let it go. He took to social media and posted a call for donations of coats, blankets, shoes, and any money that people could spare to buy goods for the homeless.

"Everybody helped," Crow said. "I drove around until probably 1 or 1:30, picking up stuff from around 30 different houses."

Mitchell's call for donations had been shared far and wide by his friends, leading to donations from all over the area.

"I was getting Venmos from random people that I've never heard of," he said. "I guess everyone that wanted to help, saw that they could, and just took the opportunity to."

A brutal cold snap was made a little warmer for many, thanks to the generosity of Mitchell and his friends.

"The moments, and these experiences, make you the human being that you are," Jairus Mitchell said, reflecting on what his star player had done.

That would make Mitchell a pretty good one.