“They just can't find the supplies, and they're working 16-hour days,” Craig Berendzen said. “These plumbers are working as much as they can stand.” 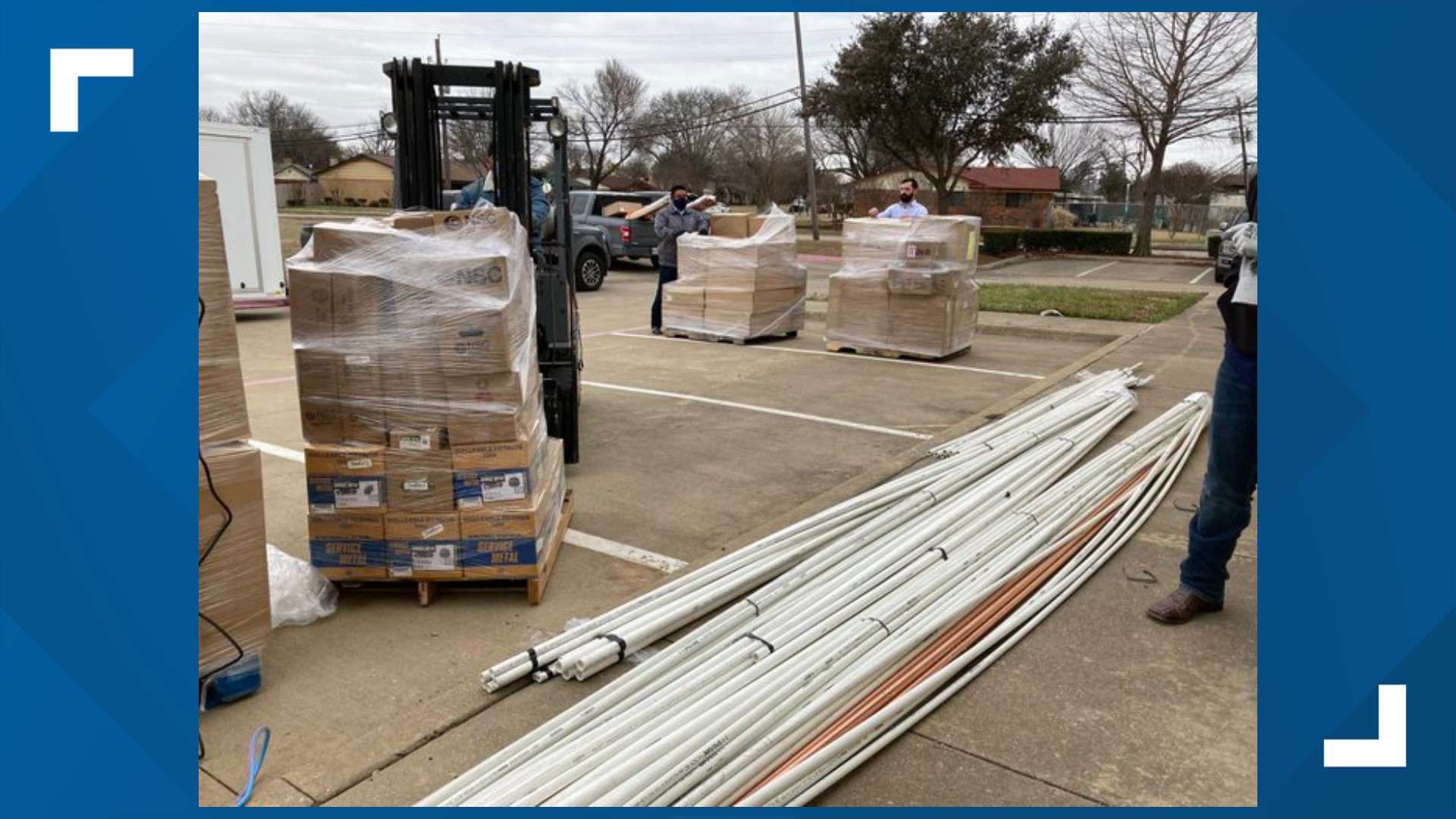 United Association (UA) bought $350,000 worth of supplies and donated it to the Southwest Pipe Trades Association and all of its local unions.

Craig Berendzen is the business manager for the UA Local 100 union in Dallas. He said they represent 1,200 plumbers and pipefitters.

“They just can't find the supplies and they're working 16-hour days,” Berendzen said. “These plumbers are working as much as they can stand.”

Last week’s historic winter storm caused many pipes to freeze and burst, flooding homes. That’s what happened to Las Colinas resident, Jesus Lopez. As a result, he said the condo complex shut off the water to control all the leaks.

“We haven't had water for nine days,” Lopez said. “And we probably won't have water for at least another week.”

Lopez tried to fix the broken pipe in his condo himself.

“We drove all around town looking for parts and the parts are just so hard to come by,” Lopez said.

He said the stores were sold out and told him they wouldn’t be “getting new parts until next week.”

When WFAA called Lopez’s condo complex, they said they have as many plumbers on site as possible, and that it’s an all-hands-on-deck situation to get it fixed.

Berendzen said the much-needed supplies that were delivered Thursday came from Kansas City.

“We're praying for this situation,” Berendzen said. “And we want to get it fixed. And the plumbers of Texas are going to fix it.”

These supplies will go to crews in the D-FW area, as well as Houston, San Antonio, Waco and Lubbock.