Some residents at Mosaic Dallas say they've been without working air conditioning for more than two weeks. Management says crews are working on repairs. 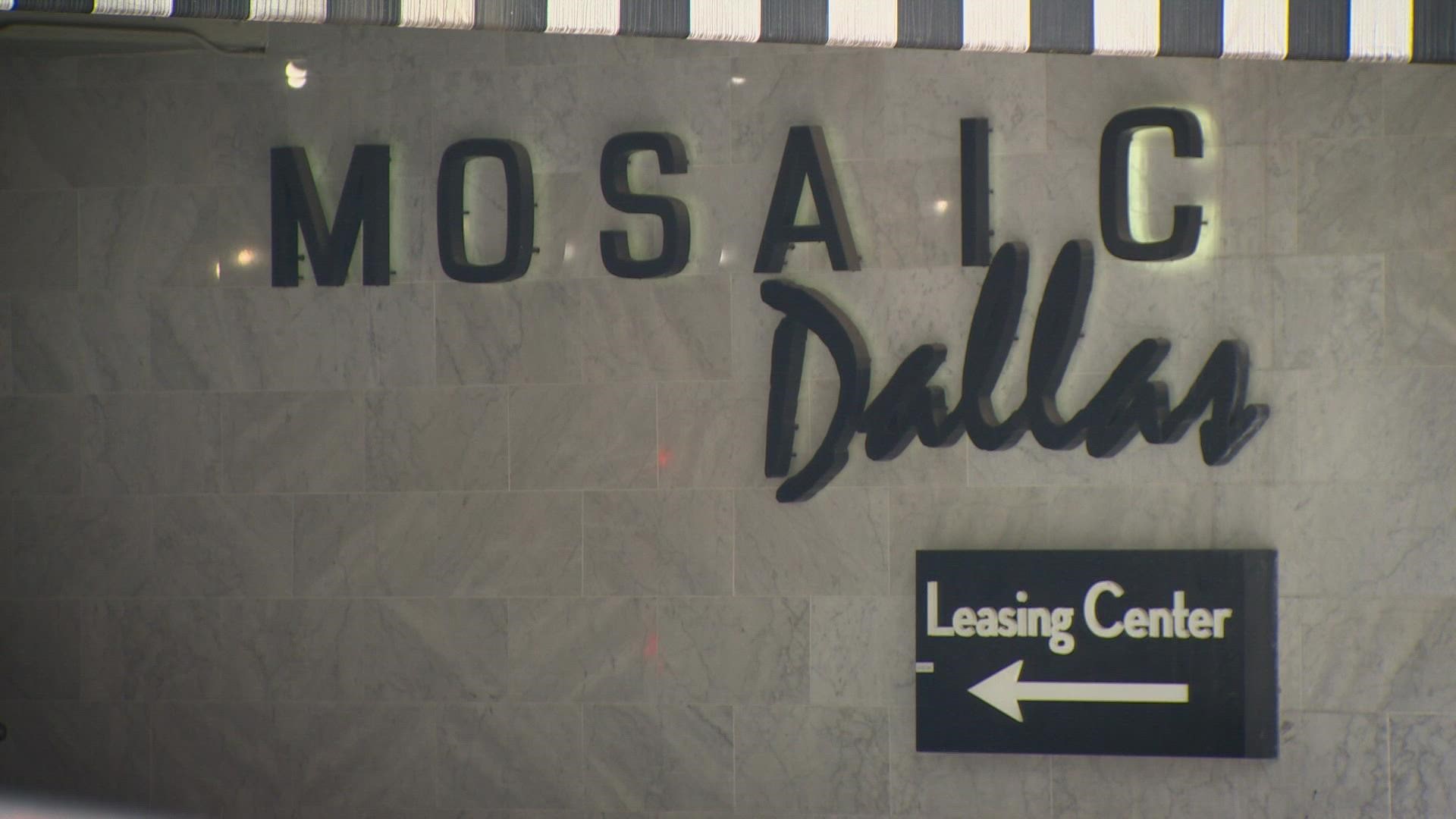 DALLAS — Management at a luxury high rise apartment building in downtown Dallas says crews are working around the clock to repair issues with the air conditioning and other system failures.

Some tenants at Mosaic Dallas are complaining they have been without air conditioning for more than two weeks. They say there have been sporadic power outages and water outages, as well.

Some residents are describing the temperature inside their units as unbearable.

“The apartment is uninhabitable," Ellis explained. "My apartment’s 99 degrees."

Tenants say they’ve been complaining to management about the outages.

“It feel better out here than it do inside,” explained another tenant K. Rich. "When I walk in my house, it say 98 degrees."

The temperatures inside the building are so uncomfortable, some neighbors are opening windows for relief. There are also those who have been staying off-site with family, or in hotels, until the problems are fixed.

“We shouldn’t be paying all this, and be up here sweating and have to spend money on rooms,” Rich said.

A senior regional manager for Mosaic Dallas’ corporate office, Olympus Property, issued a statement saying, in part, “We have multiple companies who specialize in cooling towers, HVAC, plumbing, etc. who have been working around the clock to ensure the system is functioning properly for our residents.”

Yet, some tenants say they feel the updates haven’t been enough.

“The communication has been very little, in terms of the info we’ve been given. In terms of timelines,” Ellis shared. "That’s what makes it really stressful, too."

In a series of letters to tenants, Olympus Property shared the problem started on Aug. 10, when a City of Dallas water main broke on Akard Street. When power was restored the next day, 72 HVAC units at the Mosaic property failed. As crews diagnosed the issue in the following days, Olympus Property said more power outages and new water leaks on the city line continued.

Olympus Property is now offering tenants a $500 concession on September’s rent and a two-night stay at a Downtown hotel this week.

“I think we want acknowledgement from the building, itself, and accountability that this won’t happen again,” Ellis said.

City of Dallas District 14 Councilman Paul Ridley and his staff are monitoring this issue and will continue to receive regular updates on the status of the repairs. The city’s Code office will also continue monitoring the situation until it is resolved.