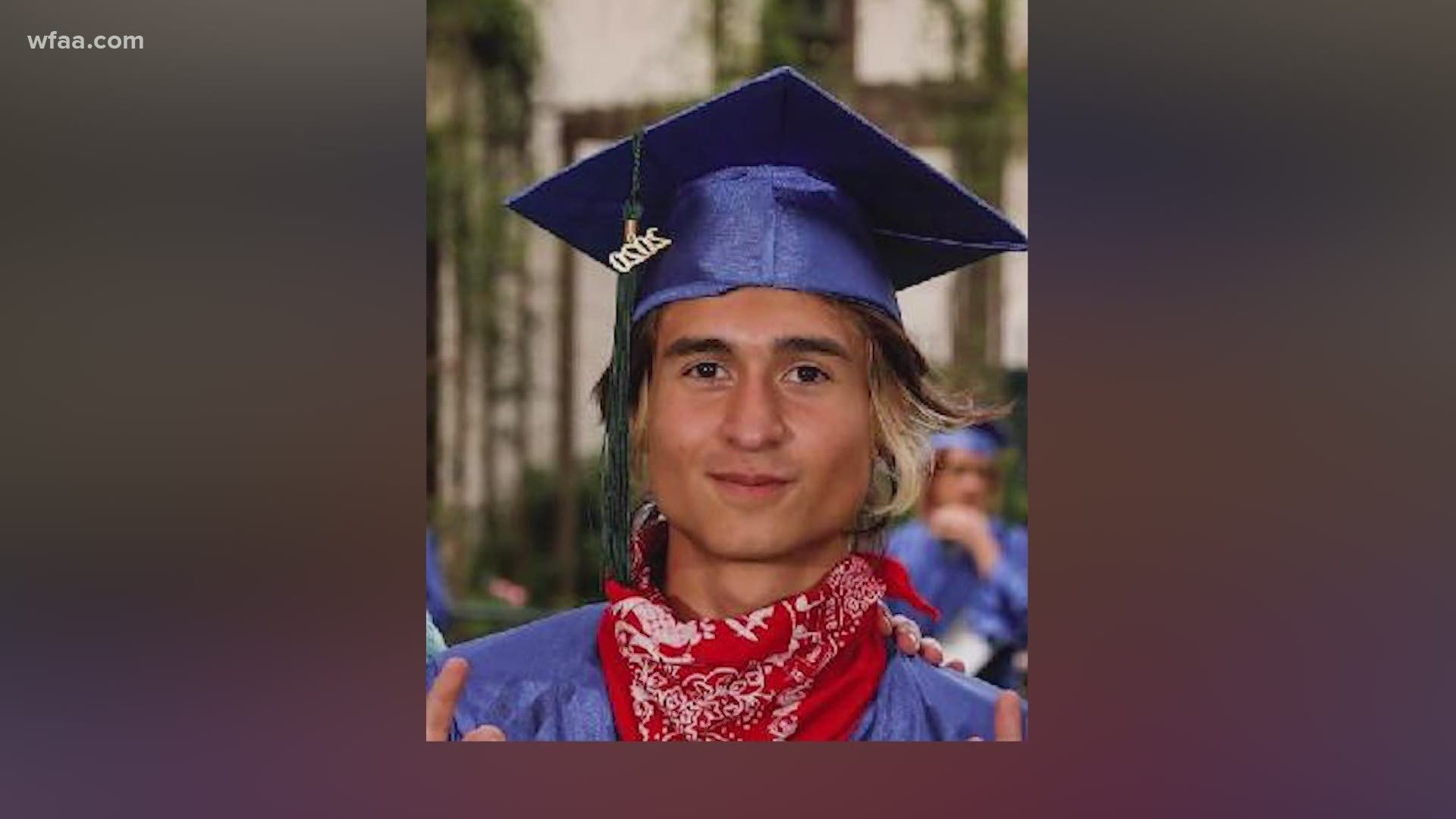 LEWISVILLE, Texas — Lewisville police were dispatched to the 400 block of Highland Drive on Friday for a possible drunk driving crash that led to a fatality.

A family friend of the victim told WFAA four boys were walking home from a nearby playground when they were struck by an out-of-control vehicle.

The two pedestrians were brothers Hayden and Grayson Hooper. Hayden, 18, died on scene and Grayson, 12, is in stable condition with very serious injuries.

The Hoopers are originally from the area but have been living in the Houston area. Family friend Meme Stephens told WFAA the family had come to North Texas for a funeral and to celebrate a birthday.

"This is tragic. Hayden was a beautiful soul, beautiful heart, and infectious," said Stephens.

Police said the driver Erin Simms, 31, of Lewisville, was arrested on charges of intoxication manslaughter and intoxication assault charges.

"Around the holidays, sadly, we see more cases of intoxicated drivers on the roads," said City Spokesperson Matt Martucci.

Lewisville police told WFAA DWI enforcement for them and other neighboring agencies step up around the holidays. But Martucci said this is also about personal responsibility.

The family said they are hopeful their story prevents even one more life from being needlessly taken. A funding page has been set up to help the family with upcoming expenses.

"It's senseless that death. He's gone because someone chose to drink and drive. Christmas being in a few days and Hayden not being with us is something we don't know how to comprehend," said Stephens.

According to Lewisville police, Sims has bonded out of the Denton County jail.