'Y'all means all': Fort Worth goes to New York City with message that everyone is welcome

“It means a lot and feels like we’re making a lot of strides to show we’re an inclusive city,” musician Rachel Gollay said. 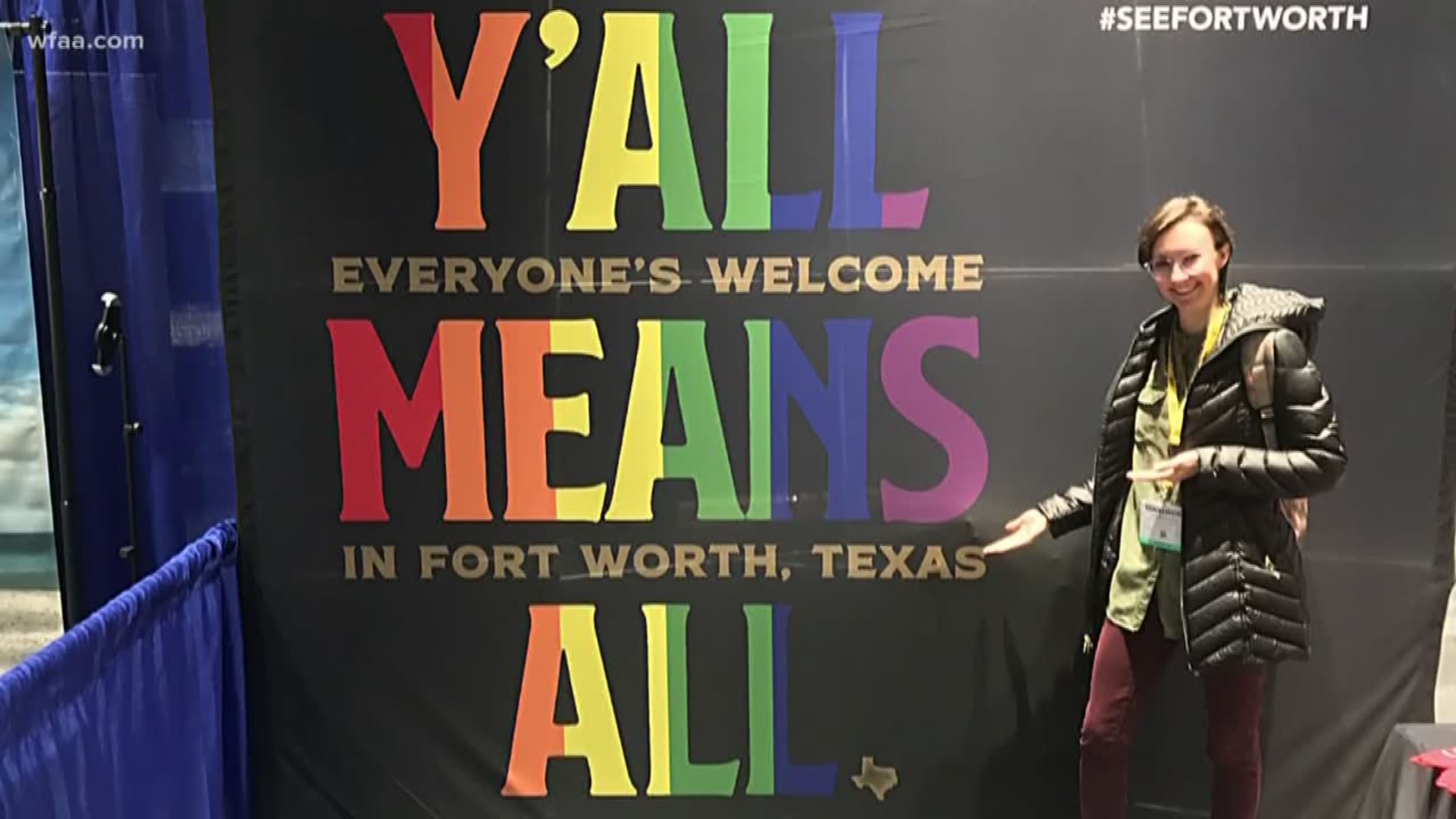 FORT WORTH, Texas — It’s hard not to be enchanted by the music of Rachel Gollay.

The ethereal singer/songwriter/musician has gathered a following in Fort Worth and beyond.

So it’s no surprise that Visit Fort Worth invited her to New York City in January to help represent them at the New York Times Travel Show.

But what delighted her perhaps even more than the opportunity was what she saw when she arrived.

“It was just this exciting and affirming moment to see this huge 'Y'all Means All' sign in rainbow letters,” she said.

A rainbow-colored banner, in support of the LGBTQ community, welcomed people to the booth, along with the words “Everyone’s Welcome in Fort Worth.”

And that wasn’t the only thing that thrilled Gollay, who is a lesbian. Visit Fort Worth also decided to set their booth up specifically in the show’s LGBTQ pavilion rather than anywhere else.

“We need to make sure everybody knows there's a seat for everybody at the table,” said Mitch Whitten, Visit Fort Worth’s executive vice president of marketing.

“Everybody's welcome in Fort Worth,” he said. “That's the city we want to be. Everyone is working hard here every day to recognize that vision.”

It was a significant moment, especially considering the city’s past, a moment many couldn’t have imagined happening years ago. Many remember the June 2009 raid on the Rainbow Lounge, a gay club.

“I do remember that time,” Gollay said. She’d lived in Fort Worth for a few years at that time of the raid, and said it was a place many felt was a safe place for the LGBTQ community.

Many felt club-goers had been targeted in the violent raid for their sexual orientation.

Gollay and others in the LGBTQ community say they’ve seen major improvements since then. And last weekend’s booth, Gollay said, is evidence of that commitment.

“We know marketing can't change policies. It can't change the past,” Whitten said. “But we do want to shine a light on the good things and the city we want to be.”

“It means a lot and feels like we’re making a lot of strides to show we’re an inclusive city,” Gollay said.

And that is music to her ears.