Fort Worth school board and city council approve anti-vaping resolutions 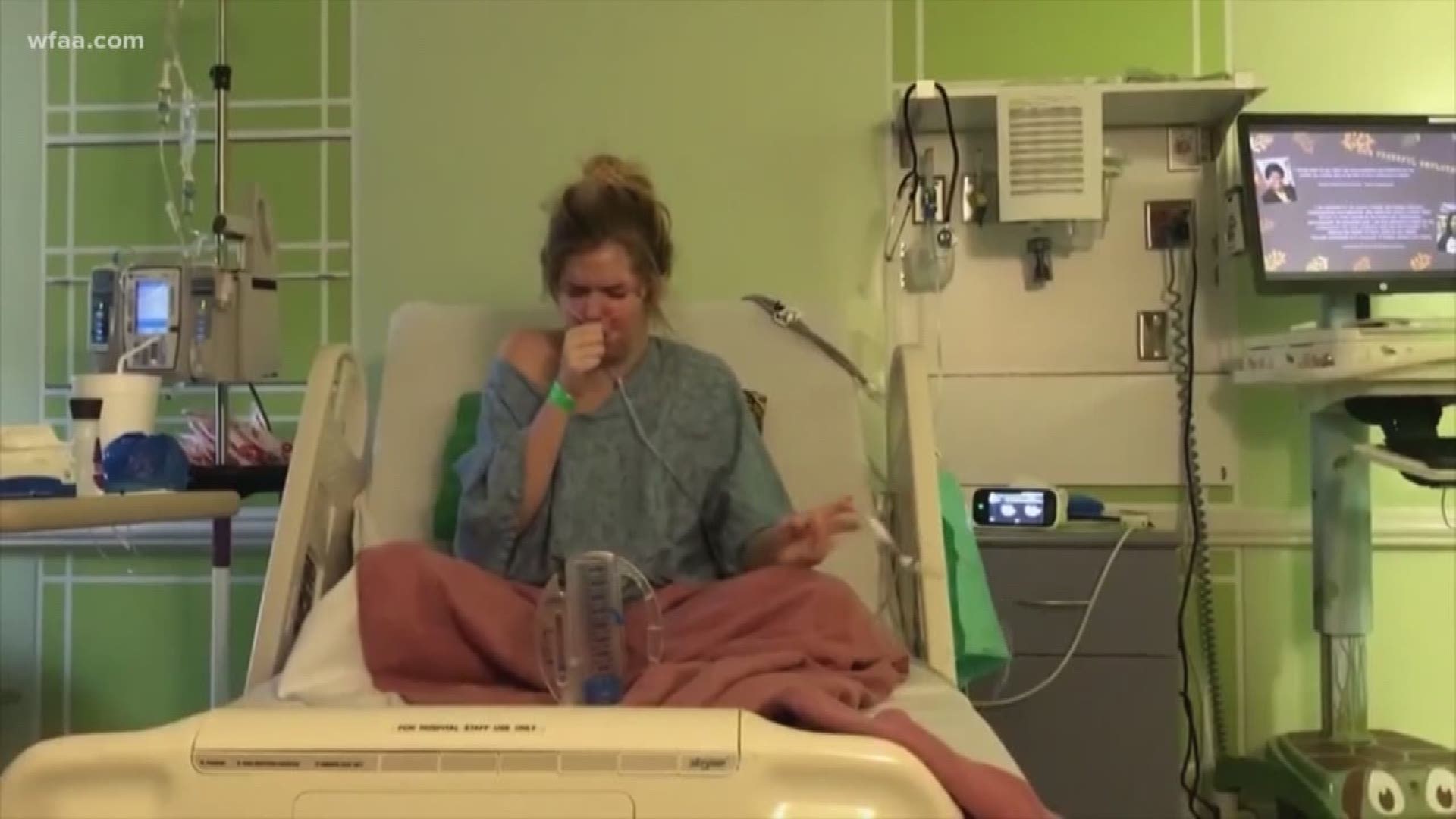 Fort Worth ISD is now one of the largest school districts in the country to partner with the American Heart Association.

Anna Carey, 17, spoke at a Fort Worth PTA association meeting Tuesday sharing how she began vaping at 14.

“It just started because it was like the cool thing to do,” Carey said in an interview. “Most parents are like, 'Oh, my kid would never,' but it’s just like, honestly, I would compare it to gum. I think if someone had a vape it’s like if someone pulled out a pack of gum.”

She says she would vape in bathroom stalls every class period, going to the hospital multiple times with chest pains and shortness of breath, but no diagnosis.

Then two months ago Cook Children’s told her she had chemical pneumonia.

“It was just the most awful thing ever,” Carey said.

She was told she wouldn’t play sports again and eventually dropped out to be homeschooled.

“People don’t, like, understand that when you say you’re stopping,” she said. “[Vaping] was like my reputation at the school.”

Carey isn’t trying to ban the whole industry but is sharing her story to make sure resources are available for kids to quit.