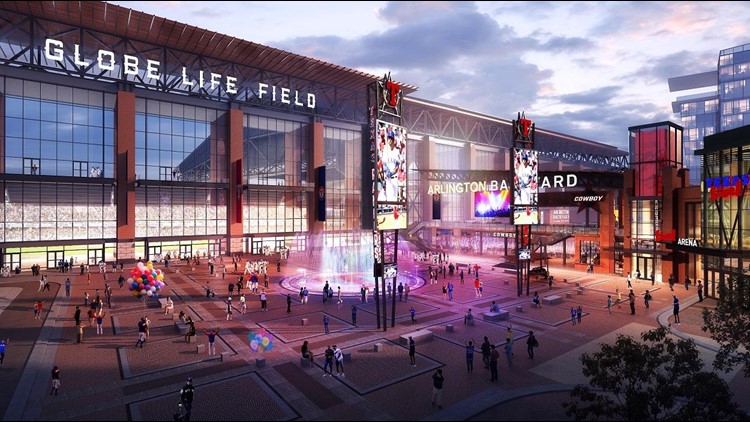 Renderings of the North Plaza outside what will become Globe Life Field. Photo: Texas Rangers

The country music star will be joined on stage by Willie Nelson and Family, as well as Jamey Johnson and Yola.

The venue will be home to the Texas Rangers. This event will serve as its grand opening, according to Senior Vice President Sean Decker.

Tickets for the general public will go on sale Nov. 1, but presale will begin for Stapleton Fan Club members and Citi cardholders on Oct. 29. On both days, sales open at 10 a.m.

The new ballpark will be climate-controlled with artificial turf and a retractable roof.

The Rangers home opener will be March 31 against the Los Angeles Angels, but the team is slated to play two exhibition games in the new facility on March 23 against the St. Louis Cardinals and March 24 against an unnamed opponent.