The last night game at Globe Life Park was emotional for fans young and old, but also for this Texas Rangers legend 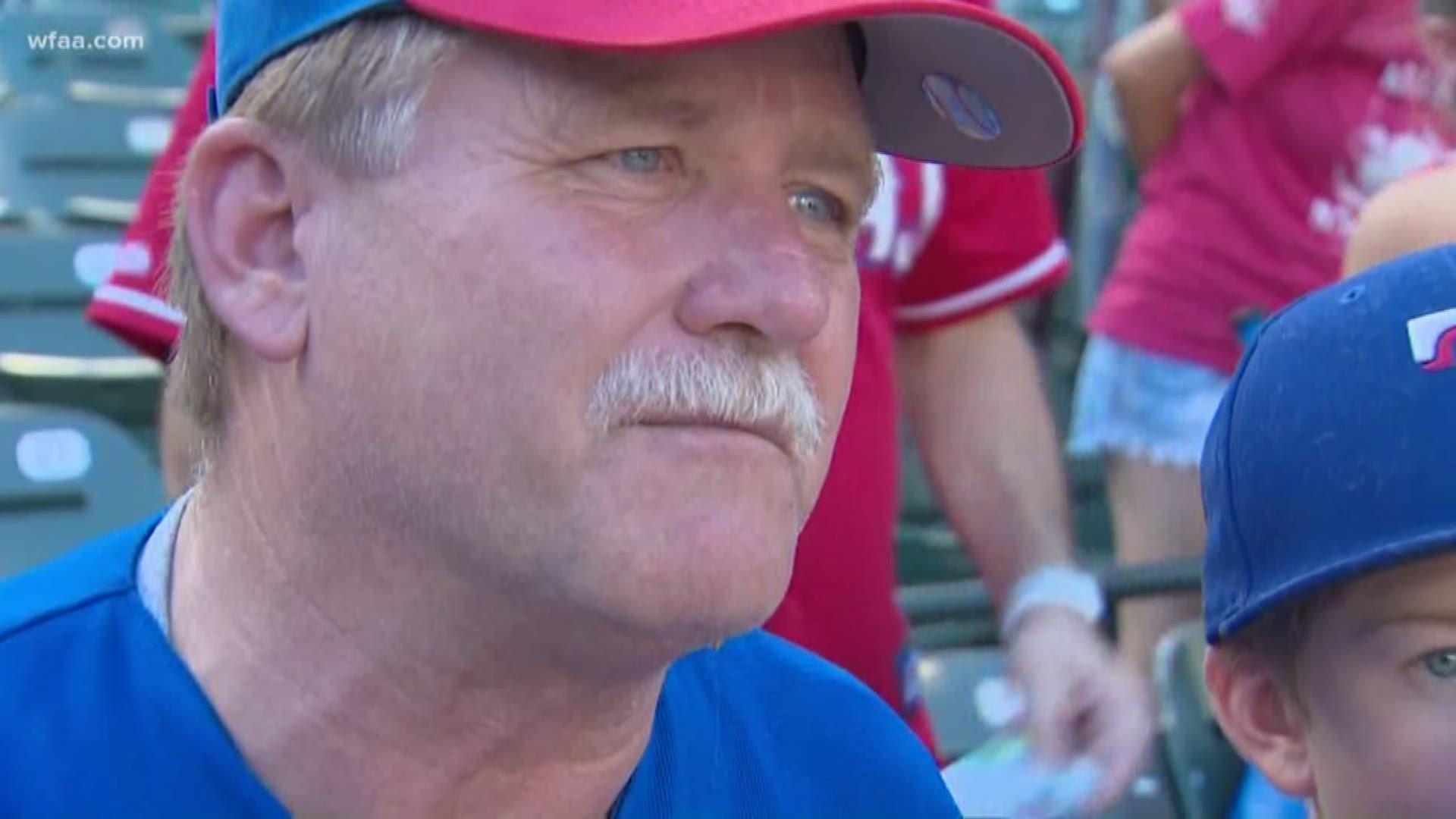 “I feel very happy to be a part of the history of this ballpark,” Rodriguez told WFAA.  “It’s hard to believe it’s been 25 years and it’s going to be the end.”

The Rangers will play one more game at the stadium Sunday afternoon. Next season’s games will be played at the brand new Globe Life Field across the street.

Rodriguez said the climate-controlled new ballpark will enhance the fan experience, but credited the roar of the crowd at Globe Life Park as a motivating force throughout his Hall of Fame career.

“Probably that was one of the reasons that made me the player that I was on the field,” Rodriguez said. “The fans here day in and day out it made me play even harder.”

The last night game was bittersweet for fans like Dennis Crow, who brought his son Traister early to watch batting practice and get autographs for the last time.

“It’s going to be difficult,” Crow said. “This is the only stadium that he knows.”

Every fan that walked through the gates got a small piece of history, a miniature replica of the scoreboard showing the final out of the 2010 ALCS frozen in time.

“Lots of great memories were made in this stadium,” Crow said.

While the final games seem like the end, there’s a brand new stadium with brand new memories right around the corner for Crow and his son.

“It’s fun seeing him grow up coming to the new stadium,” Crow said. “Hopefully we’re going to be coming for many more years to come.”

The final Rangers game at Globe Life Park is scheduled for 2:00 p.m. Sunday.