As communities reconsider Confederate statues, a Dallas high school student says the name of a U.S. President with a racist past should be removed too. 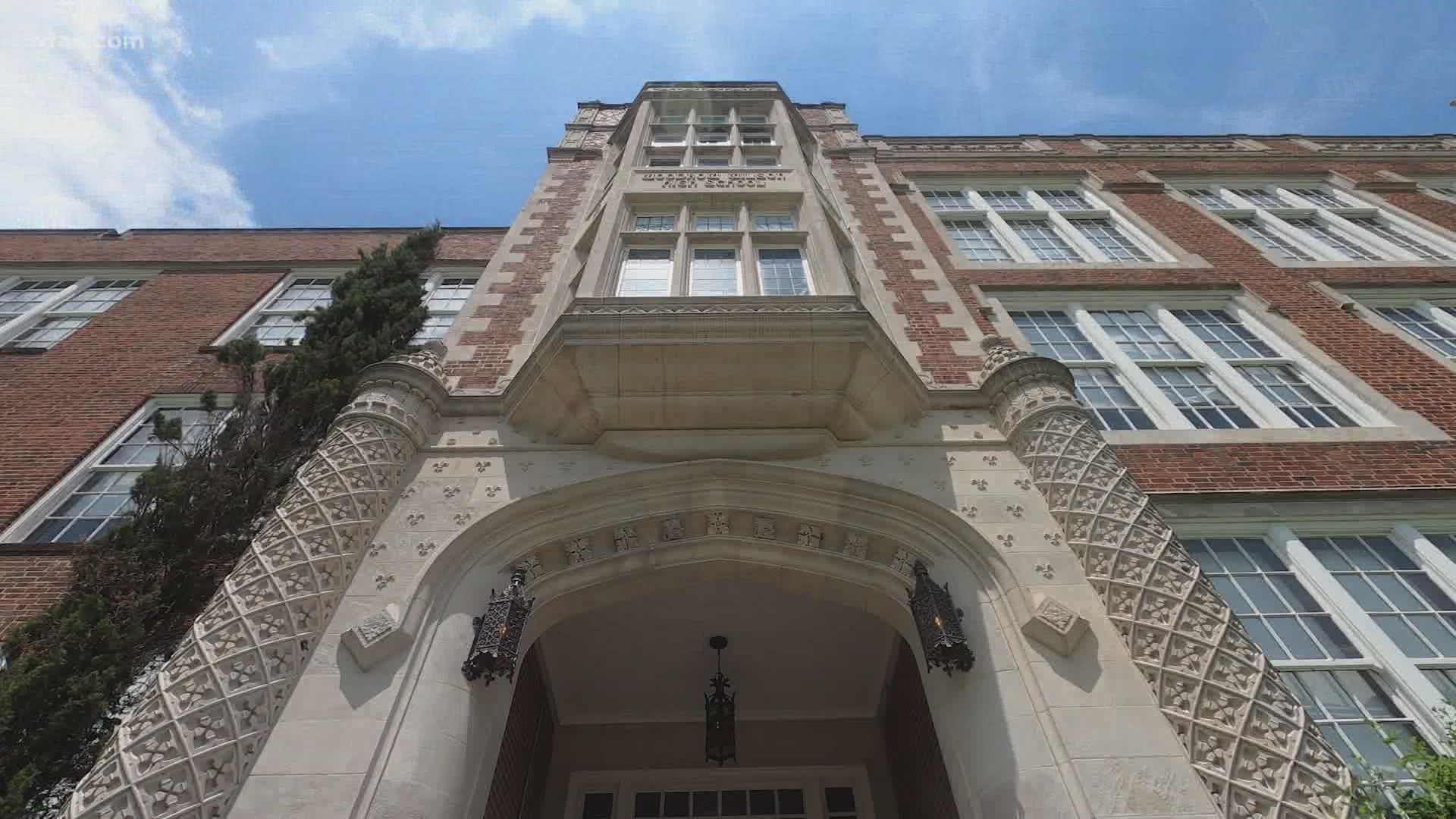 On a breezy summer day like Monday has been, it's easy to start writing sentences about things like the "winds of change." But standing in front of Dallas' Woodrow Wilson High School, that's exactly what Cameron McElhenie hopes he's caught.

"I understand he was a president, but like in this case, it's all about ideals. And in this case he was profoundly racist," Cameron said.

He's talking about Thomas Woodrow Wilson, 28th President of the United States, and the namesake of Dallas ISD's historic Woodrow Wilson High School. Dedicated in 1928, three years after Wilson's death, it is a Dallas and Texas historic landmark.

But as protests for the death of George Floyd spread across the U.S. and the world, and as demands for the removal of Confederate statues spread, and as other schools like Richland Hills High voted to remove their "Rebel" mascot name, Cameron took a closer look at Woodrow Wilson, the president who allowed the infamous pro-KKK film "Birth of a Nation" to be screened at the White House in 1915.

"It portrayed African Americans in a savage and uncivilized manner and it was disgusting to watch," Cameron said. "And he said, and I quote, the negro belongs in the cornfields. That's what he said."

The quote is actually attributed to the head of the Internal Revenue division in the state of Georgia in 1912 who was emboldened by Wilson’s push to remove African Americans from federal jobs and to segregate federal agencies. Promising to treat African Americans fairly if elected, one of Wilson's first actions as president was to remove 15 out of 17 Black supervisors.

The governor of New Jersey this week said he will no longer use the desk once owned by Woodrow Wilson during Wilson’s tenure as governor from 1911 to 1913.  And Princeton University, where Wilson served as president from 1902 to 1910, said last week that it would remove Wilson’s name from its school of public policy. The current university president calling “Wilson’s racism…significant and consequential even by the standards of his own time.”

So, Cameron started his own Change.org petition to have the name of the school changed. In just two days it's been signed by more than 1,000 people.

And there is precedent. Three years ago, Dallas ISD changed the name of several elementary schools originally named after Confederate generals and soldiers.

"My husband and I, we're both very proud of him," said Cameron's mom Tracy McElhenie. She says being away from school and studying at home during the COVID-19 shutdown has allowed him to research further and to demand a change.

"You start to think, yeah, you should not be honoring people that believe in those kind of ideals," she said.

Dallas ISD administration is on break this week. So there has been no immediate response to the petition. And Cameron knows that not all alumni will be on his side. But he plans to make the effort a focus of his senior year.

"So we ask ourselves, 'Why is he on our building?'" Cameron said of the 92-year-old building and historic name that he hopes is swept up in as much change as a 21st Century wind can bring.

EDITOR'S NOTE: This story has been updated to correctly attribute a historical quote to a Georgia IRS official and to provide additional historical context about Pres. Woodrow Wilson's policies and actions.