Six 911 calls were made after a man fell in his shower. So why did help arrive too late?

Irving police say miscommunication and a coincidence led to a response that was too late for Louie Bradley. 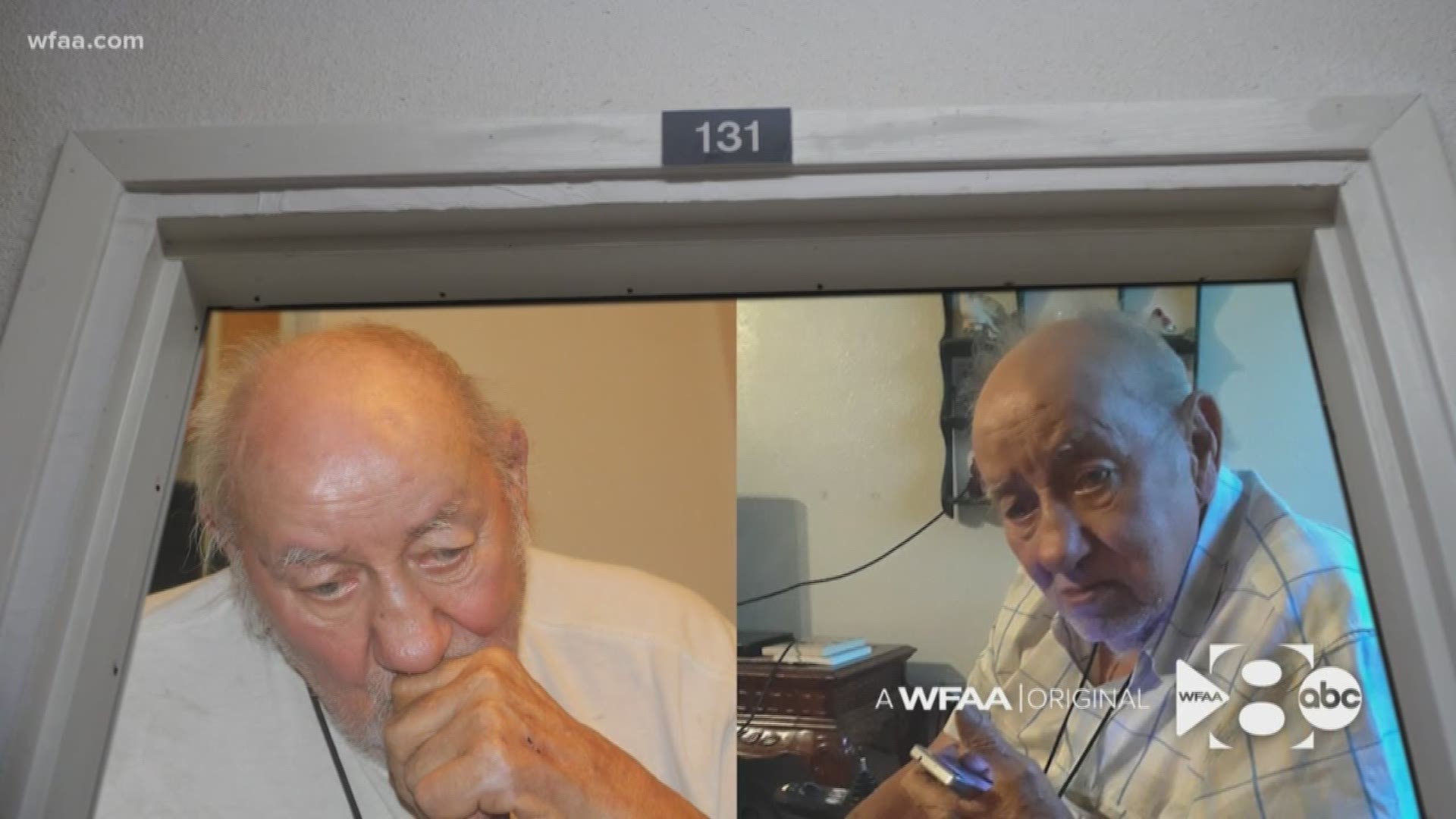 He had fallen in his shower and used an emergency pull switch to call for help.

And while his neighbors called 911, help didn't arrive until it was too late.

Inside his unit, there was a switch that sent out an alert if he needed help.

The day he fell in the shower, Bradley pulled that switch and Rose Rodriguez, a neighbor, ran to his room. But a deadbolt on his door prevented her from getting inside to help.

“I made the first call after knocking on his door because I heard the buzzer going off,” she said. “And I knocked on his door and I said, 'Are you OK? What’s going on?'"

Rodriguez said she could hear Bradley respond with yells for help.

"He said, ‘Help! Help!’ Yelling really with a strong, intense voice," she said.

She said Bradley was still calling out for help.

The manager told 911 that the emergency pull cord was still buzzing and Bradley hadn't received help.

Rodriguez said she continued to talk with Bradley.

“I said, 'Someone’s on the way,'" she recalled. "And I heard a little beep of a voice. I knew there was nothing."

Rodriguez said she walked to the lobby of the apartment and told her husband, "Baby, I think he's dead."

Help didn’t show up for an hour.

“I feel horrible,” said Irving Police Chief Jeff Spivey. “Ninety-nine-point-nine percent of the time we do better. This time we didn’t.”

The police chief said that his officers did respond to the Park Manor Apartments minutes after the initial 911 call. But there was one big problem. There are two buildings and they went to the wrong one.

By chance, in the other apartment building, in unit 131, lives a man with a dog.

When police arrived, they were looking for a man and a dog. When they found him and saw he was OK, they thought that call was over. But it was the wrong man, and Bradley was trapped inside his unit dying in the other building.

“After they leave, they continue to get calls and our call taker continues to say 'No, our officers went out there. They talked to the resident who was there,'" Spivey said. "Nobody had malice, nobody intentionally not doing their job. It was a true case of miscommunication, and it led to this tragic outcome.”

When did help show up?

At 9:36 p.m., six 911 calls later and nearly an hour after the initial call, residents came up with a new idea. They called it in as a fire.

“When I turned and I saw him call I said, ‘He’s got it wrong. It's not a fire,'" Rodriguez said. "And then I thought to myself, 'Good, maybe someone will come.'"

Minutes later, responders with the Irving Fire Department showed up.

“They all couldn’t get in the door and it took, I want to say, a good 20 minutes or so to break the door down," Rodriguez said. "They tried everything they could and they got in."

She said they were inside for a while before they stepped out to give them an update.

Bradley was pronounced dead inside his unit.

His friends were devastated.

“He died in an awful way," said friend Wendy Greenleaf. “He should have been treated better.” 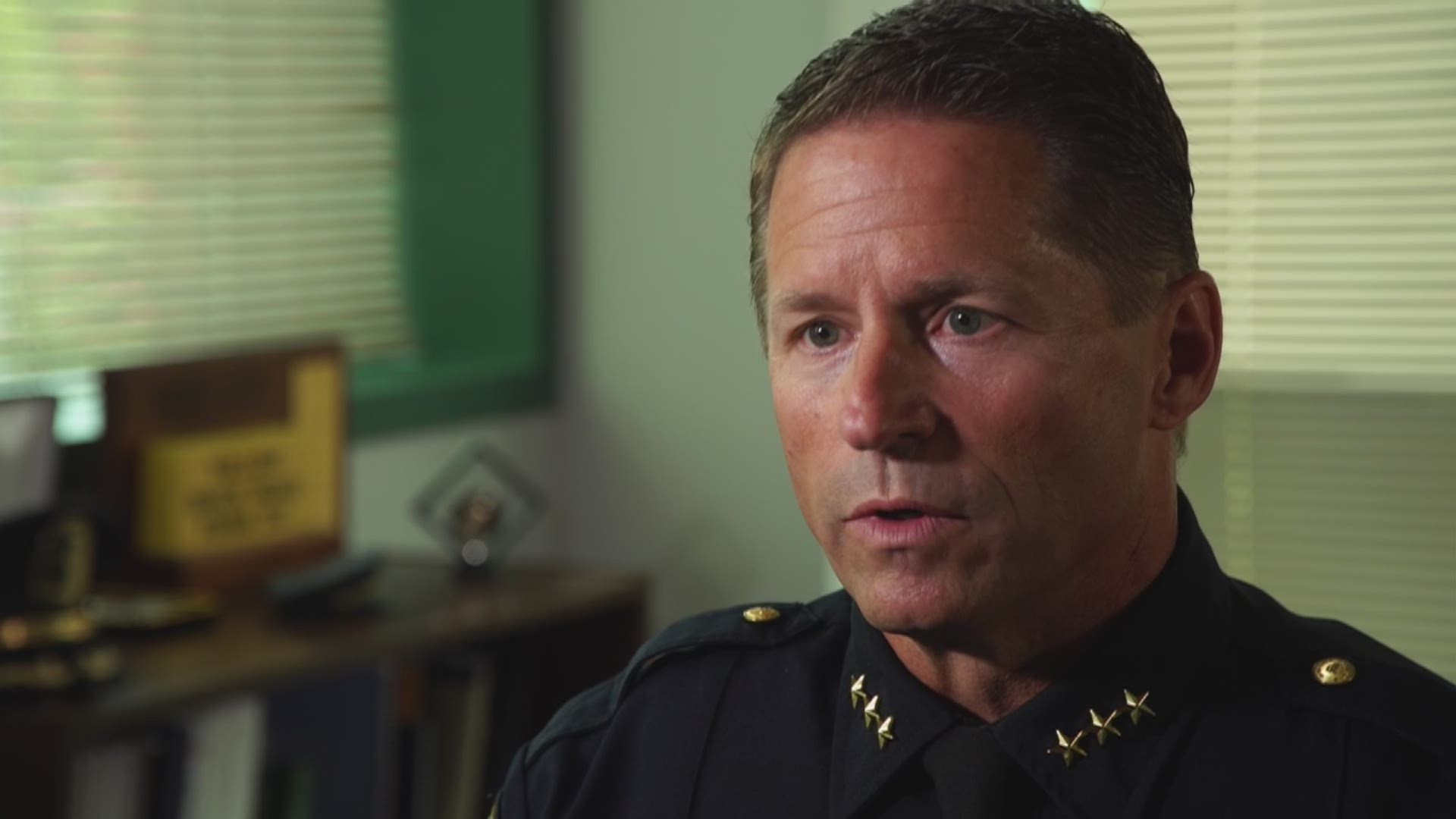 Spivey said when he learned of the case, he immediately launched an investigation.

After the investigation was completed, 911 dispatchers and police officers involved in the response were disciplined, the Irving police department said. However, they said they couldn't disclose the specifics of who and how they were disciplined.

“Not making any excuses for what we did, and not trying to cover it up," he said. "We could do better. I offer my deepest apology, my sympathy, and hope to never have this happen again.”