Where are they now? The Sherin Mathews case, one year later

Now, a year later we're taking a look at what has happened and what is to come in this case. 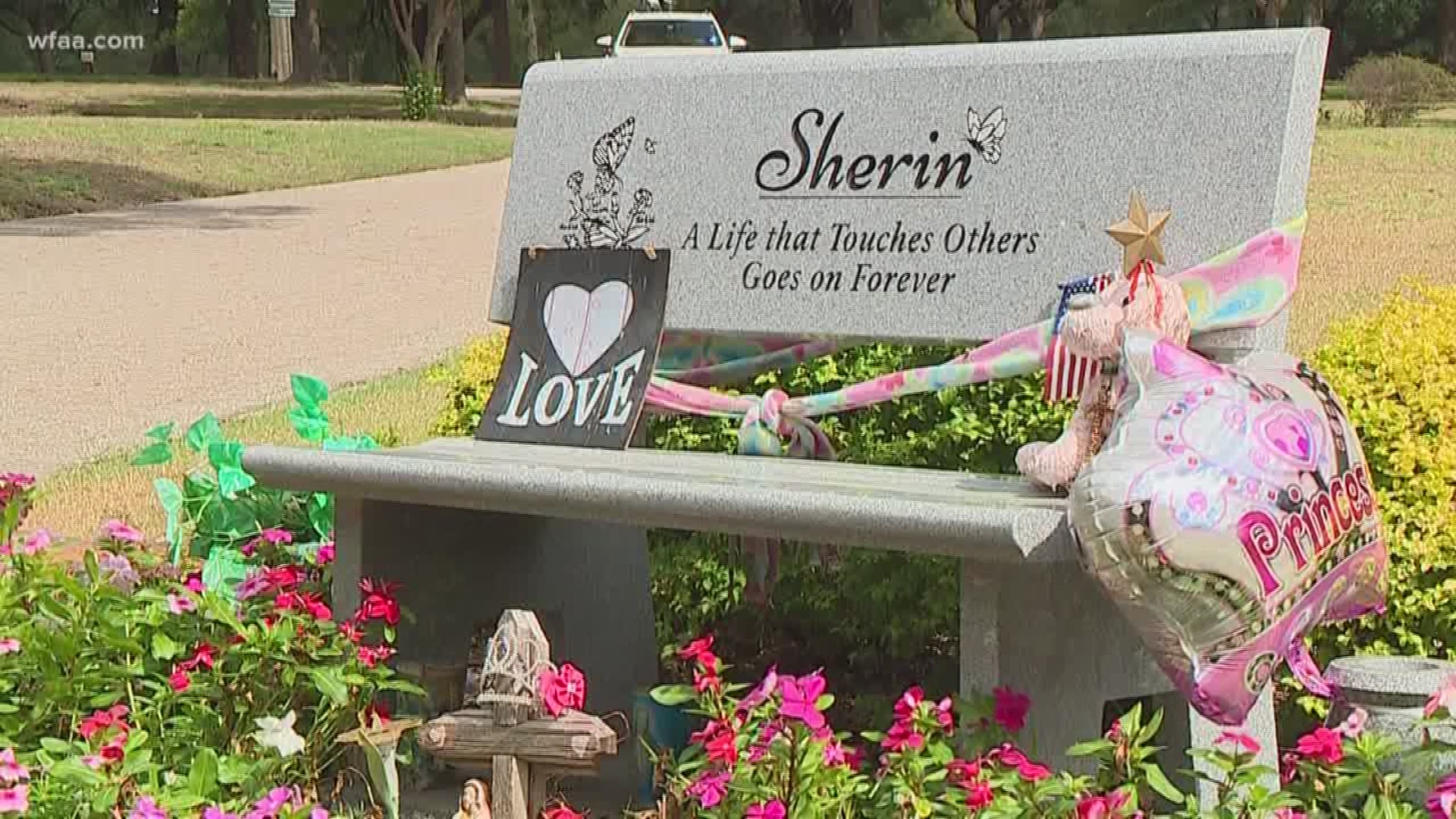 It's been exactly one year since Sherin Mathews was reported missing from her Richardson home.

The story of her whereabouts and death has made headlines worldwide leaving so many with unanswered questions. Now, a year later we're taking a look at what has happened and what is to come in this case.

Sherin was adopted from Bihar, India and brought to Richardson in 2016 where she lived with her adoptive mother Sini, adoptive father, Wesley and the couple's biological daughter.

When Sherin went missing an Amber Alert was issued after Wesley called police and let them know of her disappearance. At that time, Wesley told police he took his daughter, Sherin, outside at 3 a.m. on Saturday to discipline her for not drinking her milk. According an affidavit, he told her to stand near a large tree in the backyard. When he went outside 15 minutes later, his daughter was gone.

Wesley later admitted to police that he removed Sherin’s body from the home after changing his story multiple times on the events leading up to her death, investigators said. The couple left Sherin home alone the night before her disappearance, according to an arrest warrant affidavit.

From A to Z, The Sherin Mathews case

Three weeks after Sherin's body was found in a culvert near the family's Richardson home, Sini turned herself into police and was charged with abandoning or endangering a child. Her bond was set at $250,000 but was reduced days later to $100,000.

Her lawyers have been working through court settings for the past year and she has not bonded out.

Because Sini "failed to comply with the terms of the employment agreement and has been unable to make further financial arrangements" the lawyer that has been with her since the beginning, Mitchell R. Nolte has dropped out of the case.

Wesley was arrested on a child endangerment charge and a judge set his bond at $250,000. He was released from jail a day later. On Oct. 23 after his stories to police conflicted one another he was re-arrested.

The court had found aggravated circumstances and denied the pair the right to see their biological child until a former civil trial had taken place.

After a few Child Protective Service hearings to determine custody of their other daughter, the Mathews relinquished their parental rights to her. This means the parents and the child no longer share a legal relationship, a decision that is irreversible.

The child is currently living with family members in the Houston area.

A change in adoption relations

Holt International, one of the larger adoption agencies recognized by India and the United States has since been suspended for what the Indian government says was "negligent" behavior in the assessment of adoptive parents, Wesley and Sini.

Holt International has been serving children and families in India since 1979. Since the suspension, their homepage has been updated and states they are not accepting new applications right now. Their website says they have found families for "more than 1,480 children through international adoption."

Sherin's death has sparked a kind of advocacy that brought two strangers together: Reena Bana and Shanna Poteet.

It is a change they would hope to title "Sherin's Law."

Sherin's Law would also make it a felony for not reporting a missing child within a few hours. Bana said there are laws from other states that address this, but not Texas. The advocates have used Caylee's Law as a point of reference. Caylee's Law was adopted in states like Florida. The law makes it a felony for a parent or legal guardian to fail to report a missing child, in cases where the parent knew or should have known that the child was possibly in danger.

Richardson Police told WFAA that Wesley had told investigators they left Sherin at home while the rest of the family went out for dinner the night prior to her disappearance.

According to Dallas County court documents, she is scheduled for trial on Jan. 14, 2019. There will be a pretrial hearing in Dec. and another hearing in Jan. before the trial.

Wesley Mathews has a court setting in Oct. No trial date has been set for him yet.