Sherin Mathews was the young adopted child from India found dead in a culvert in Richardson. 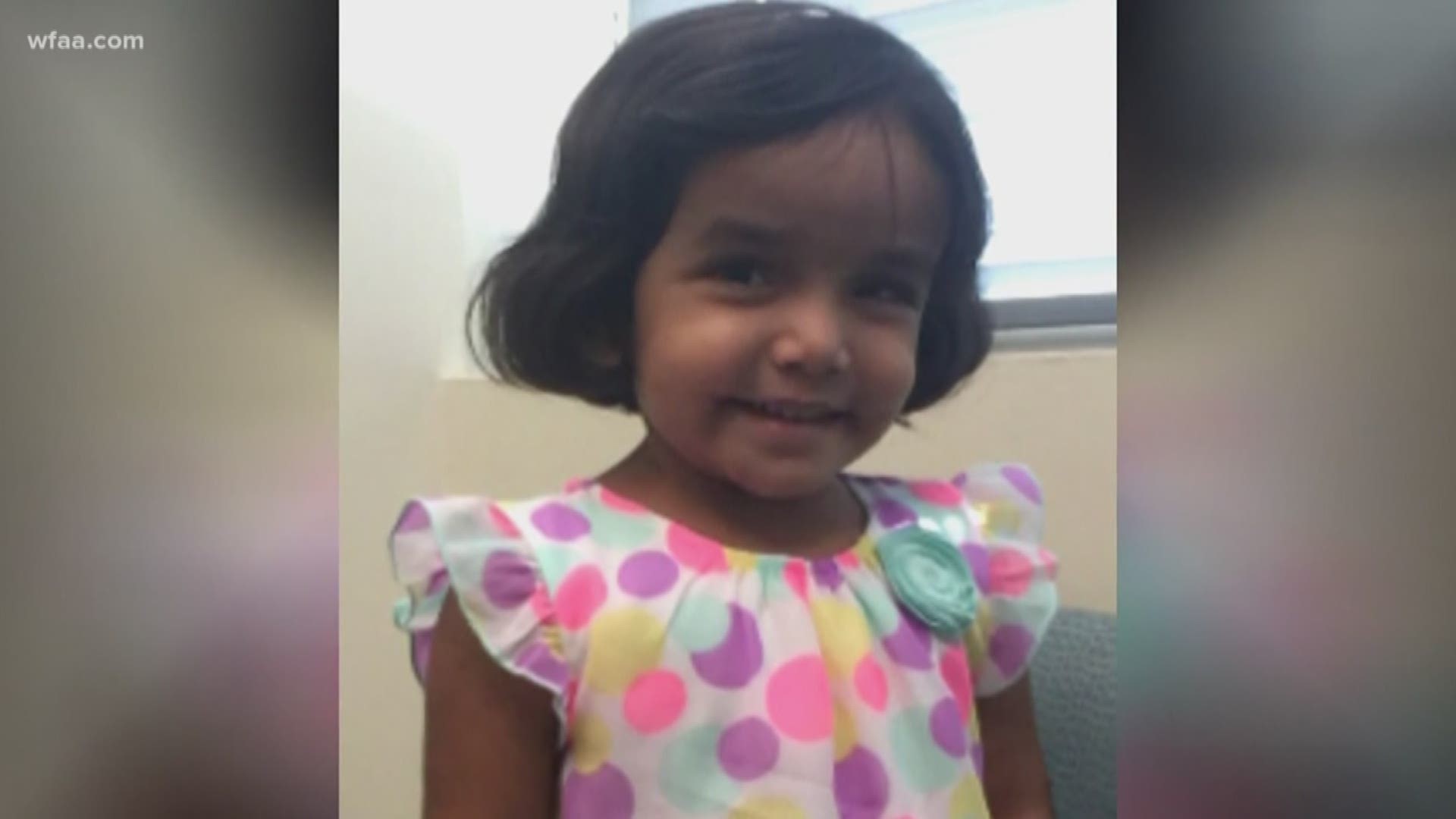 The death of 3-year-old Sherin Mathews has sparked a kind of advocacy that brought two strangers together: Reena Bana and Shanna Poteet. Both have taken a lot of interest in the Sherin Mathews case.

"With Sherin, we draw the line. It's enough. It's time to make a change," said Reena Bana.

It is a change they would hope to title "Sherin's Law." Mathews was the young adopted child from India found dead in a culvert in Richardson. Her parents, Wesley and Sini Mathews, are now charged and in a Dallas jail.

Sherin's Law would make it a felony to leave a child at home alone. Richardson Police told WFAA that Wesley had told investigators they left for dinner the night prior to her disappearance. Wesley, Sini, and their biological daughter had gone to dinner on Friday night.

"No children under 9 or 10 years old need to be left unaccompanied at home," said Shanna Poteet.

Attorney Bilal Khaleeq practices family and criminal law. He has been helping Bana and Poteet in their quest to make changes at the state level. The group's hope is to also push for reform to Child Protective Services.

"The Texas books don't have a minimum age for a child to be left alone," said Khaleeq.

The long-time attorney said the current law really leaves it to the parent's discretion whether a child is mature enough to be left alone. Ages nine, ten, and even 12, have been mentioned as minimum age requirements for the law.

"We still have some meetings with representatives to find out what the best age for that is," said Poteet.

Sherin's Law would also make it a felony for not reporting a missing child within a few hours. Bana said there are laws from other states that address this, but not Texas. Bana referenced Caylee's Law, which was adopted in states like Florida. The law "makes it a felony for a parent or legal guardian to fail to report a missing child, in cases where the parent knew or should have known that the child was possibly in danger."

Khaleeq said there may be some overlap in laws like with current endangerment and abandonment changes. Sherin's Law would make it more black and white.

"That could be a law that requires a parent to take some responsibility, especially if they have something to do with that child being missing," the attorney said.

It is the beginning of what will likely be a long advocacy road. The group told WFAA that several representatives locally have already indicated interest in lending help to Sherin's Law.