The child will remain in the Houston area with relatives and neither Sini nor Wesley may have contact with the child. 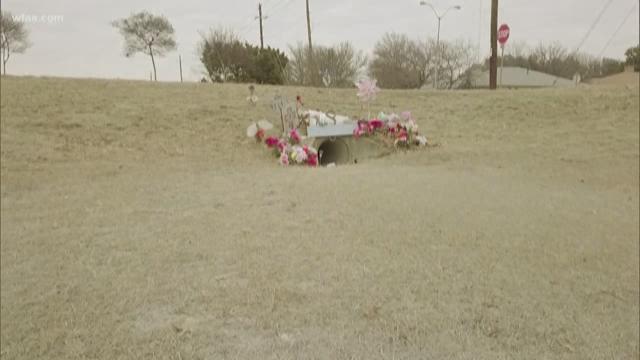 Wesley and Sini Mathews, adoptive parents of deceased 3-year-old Sherin Mathews, have decided to give up their parental rights to their 4-year-old biological child.

CPS removed her from the Mathews' Richardson home in the early hours of the morning on Oct. 9, two days after her sister Sherin was reported missing. Sherin was found weeks later in a culvert.

An autopsy concluded she died of homicidal violence, but how she died could not be determined due to the decomposition of the body.

Both parents walked in the courtroom in street clothes but were shackled. Neither showed any emotion during the short hearing.

It was the first time they had been seen in public since Wesley Mathews was indicted on a charge of capital murder and Sini on a charge of child abandonment. Neither showed any emotion during the hearing.

The judge asked both of them if they understand what the decision meant. Both said they did.

The couple's biological child was in foster care for four weeks before the state determined she could live with maternal relatives in the Houston area. Friday’s court hearing paves the way for them to adopt her. For now, CPS has been appointed permanent managing conservator of the child.

A home study has already been conducted on their home with favorable results, a CPS worker told the judge. The Mathews could potentially have supervised visits at some point.

Attorneys for the Mathews said relinquishment was in the best interest for their biological child. During the Mathews' last hearing on Dec. 5, the ruling by Judge Cheryl Lee Shannon opened the door for CPS to permanently take parental rights away from both parents.

The court found aggravated circumstances and denied the Mathews parents of seeing their biological child until a formal civil trial. This also meant that CPS did not have to provide any family reunification service, which is the process of returning the children in temporary out-of-home care to their families of origin.

On Friday, the state was prepared to outline its argument in favor of termination of their parental rights but the Mathews couple voluntarily did so.

Following termination of rights, a parent and child no longer share a legal relationship and this decision is irreversible once completed. Basically, the child is legally free to be adopted by someone else.

If the Texas Department of Family Protective Service pursues termination, it typically does so to both parents.

Only in rare cases, and after meeting with the attorney representing DFPS, may it decide to terminate one parent's rights and not the other -- due to the one parent being a danger to the health, safety and well-being of the child.

The following are grounds for termination of parental rights according to DFPS’ handbook: