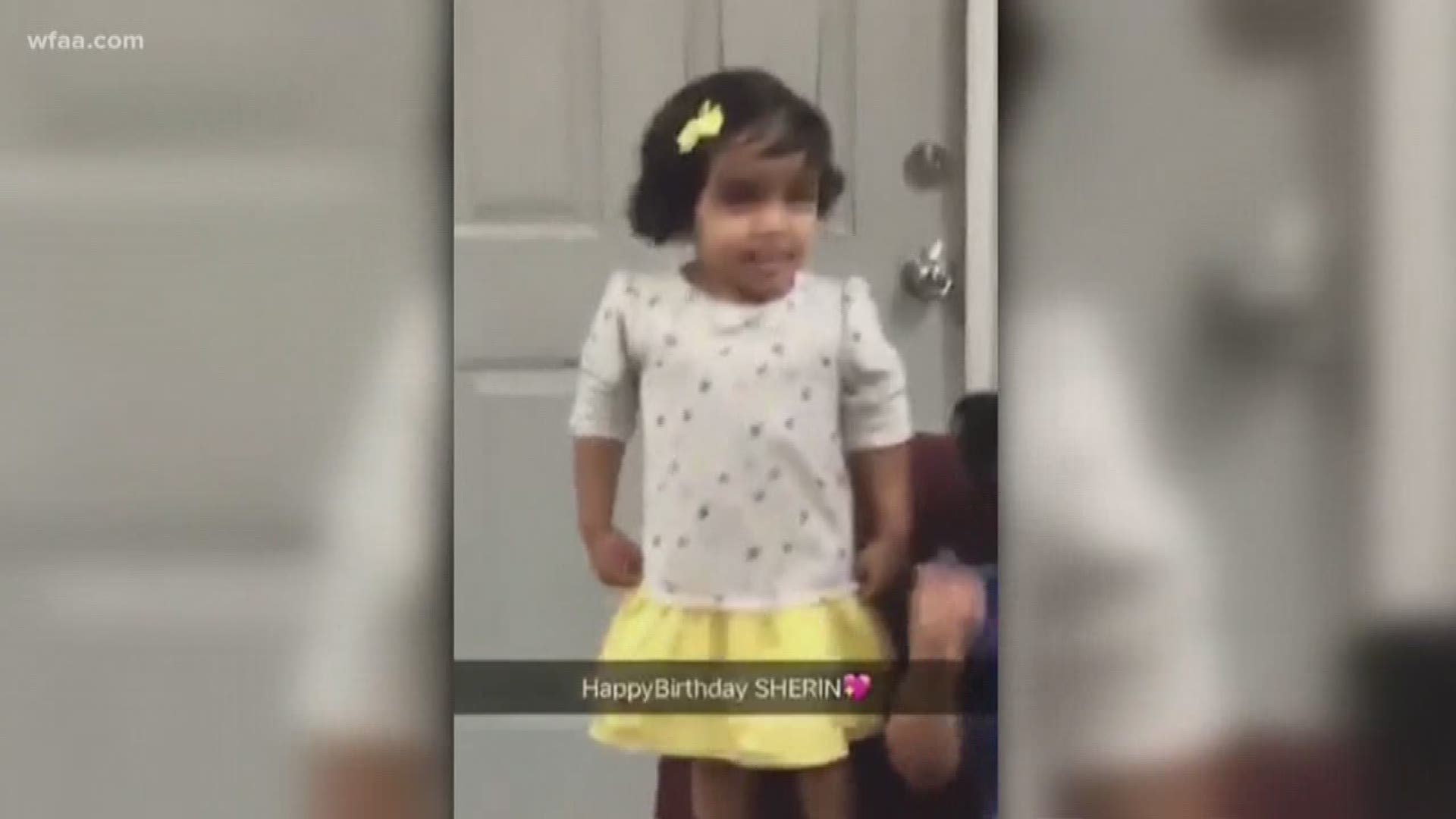 DALLAS — Sherin Mathews suffered multiple bone fractures in the months before her October 2017 death, and her adopted parents did not seek proper medical care for the child, Dallas County prosecutors said in court Friday.

Wesley Mathews, 39, is charged with capital murder in his daughter's death on Oct. 7, 2017. Mathews initially reported the girl was missing after he put her outside because she wouldn't drink her milk.

The 3-year-old's body was found weeks later in a culvert near the family's Richardson home.

Sherin's adopted parents knew about the child's injuries yet neglected to get her proper medical care, prosecutors said Friday during a pre-trial hearing.

State District Judge Amber Givens-Davis said she would decide June 11 whether prosecutors could call a doctor to testify if the trial reaches a punishment phase.

The capital murder trial is scheduled to begin on June 24.

A criminal case against Sherin's mother, Sini Mathews, was dismissed in March. The Dallas County District Attorney said there was not enough evidence to prosecute the child endangerment case against Sini Mathews.

Prosecutors said Friday that both parents failed to seek medical treatment for Sherin's broken bones in February for at least a week. They said, if allowed to testify, the doctor could explain that the parents said Sherin broke her arm during a fall from a couch.

But fractures to the girl's shoulders were consistent with yanking or pulling and not an accidental fall, prosecutors said Friday.

Doctors discovered other fractures on the child's body, including her tibia and femur, which had not been reported to the parents.

Prosecutors also said they have evidence showing Wesley and Sini Mathews sent text messages to each other indicating they knew about the fractures before taking Sherin to the doctor.

Sherin was adopted by the couple in the summer of 2016. She was believed to have special needs and was undernourished.

Court records show that the Mathews "failed to provide adequate nutrition to Sherin Mathews from Sept. 1, 2016, until the time of her death."

RELATED: Adoption agency on Sherin Mathews: 'The child had no problems'

Defense attorneys requested Friday that Mathews appear in court without shackles during his trial.

Angrum said he believes the shackles are necessary for Mathews because the man has been placed on special watch for suicide prevention. Mathews is not believed to be an escape risk.

Givens-Davis said she would decide on the shackle issue at a later date.