The Southlake couple was accused of bringing the 5-year-old girl from her Guinean village in 2000 and forcing her to work without pay in their home. 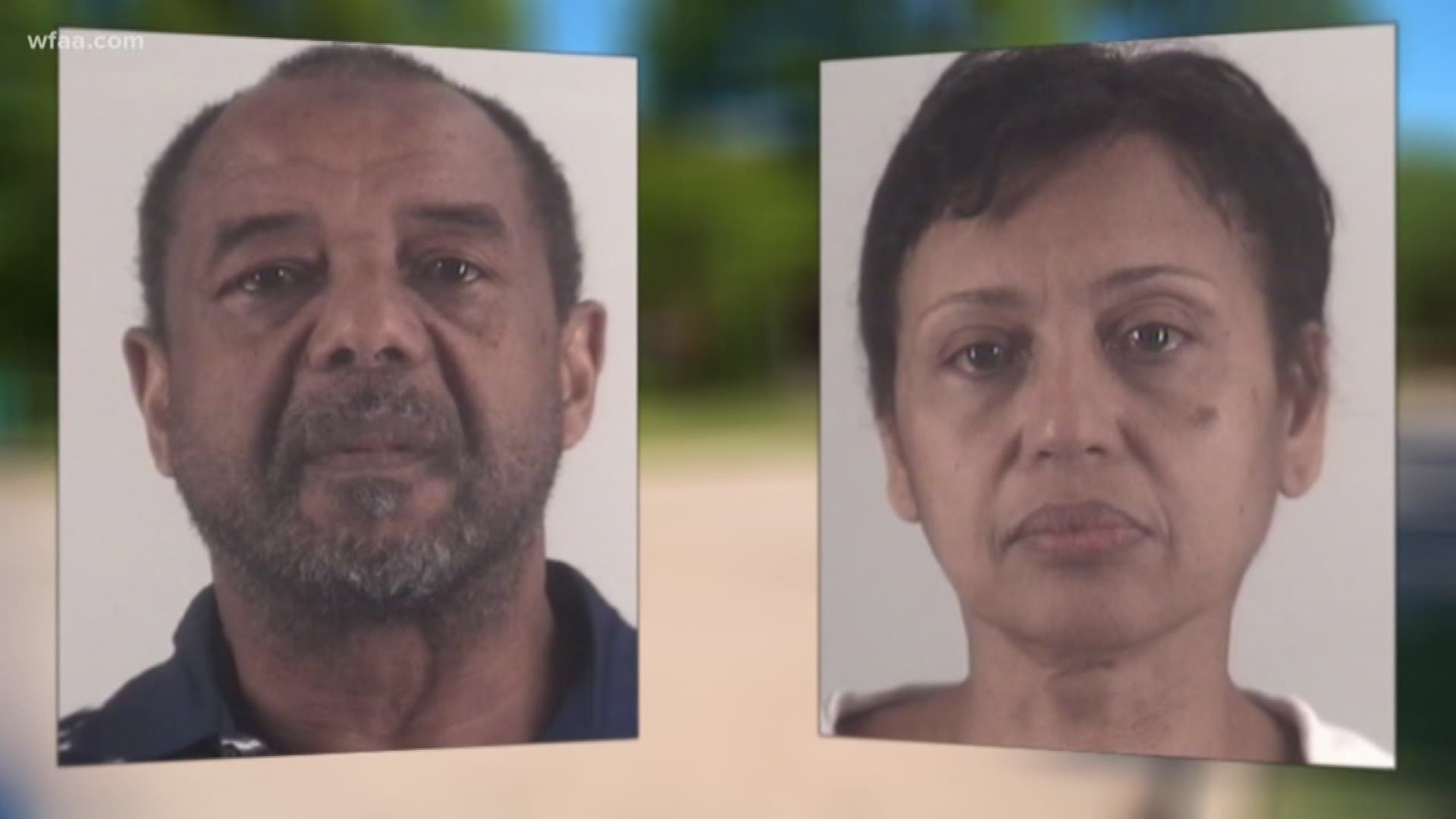 FORT WORTH, Texas — A federal jury has found a suburban North Texas couple guilty of enslaving a Guinean woman for 16 years.

Jurors found Mohamed Toure and his wife, Denise Cros-Toure, guilty Thursday of forced labor. They face up to 20 years in prison, but no sentencing date was immediately set.

Toure is the son of a former president of the West African country of Guinea. The Southlake, Texas, pair was accused of bringing the 5-year-old girl from her rural Guinean village in 2000 and forcing her to work without pay in their home for years. Authorities began investigating after the victim fled the couple's home in 2016.

RELATED: Wife accused in Southlake domestic servant case: "We would not do that to anybody"

“The defendants preyed on a young and extremely vulnerable girl. Their despicable actions included cruelly abusing her, forcing her to work in their home, hidden in plain sight, for years without pay, and robbing her of her childhood,” said Assistant Attorney General Eric Dreiband in a statement released Friday. “Human trafficking is a disgraceful and unacceptable crime, and this verdict should send the very clear message that the Justice Department will investigate and vigorously prosecute these cases to hold human traffickers accountable and bring justice to their victims.”

The defense attorneys said they would appeal the verdict.