Wife accused in Southlake domestic servant case: "We would not do that to anybody"

Mohamed Toure and Denise Cros-Toure, both 57, were released from federal custody Tuesday after being arrested for forced labor of a girl from Africa 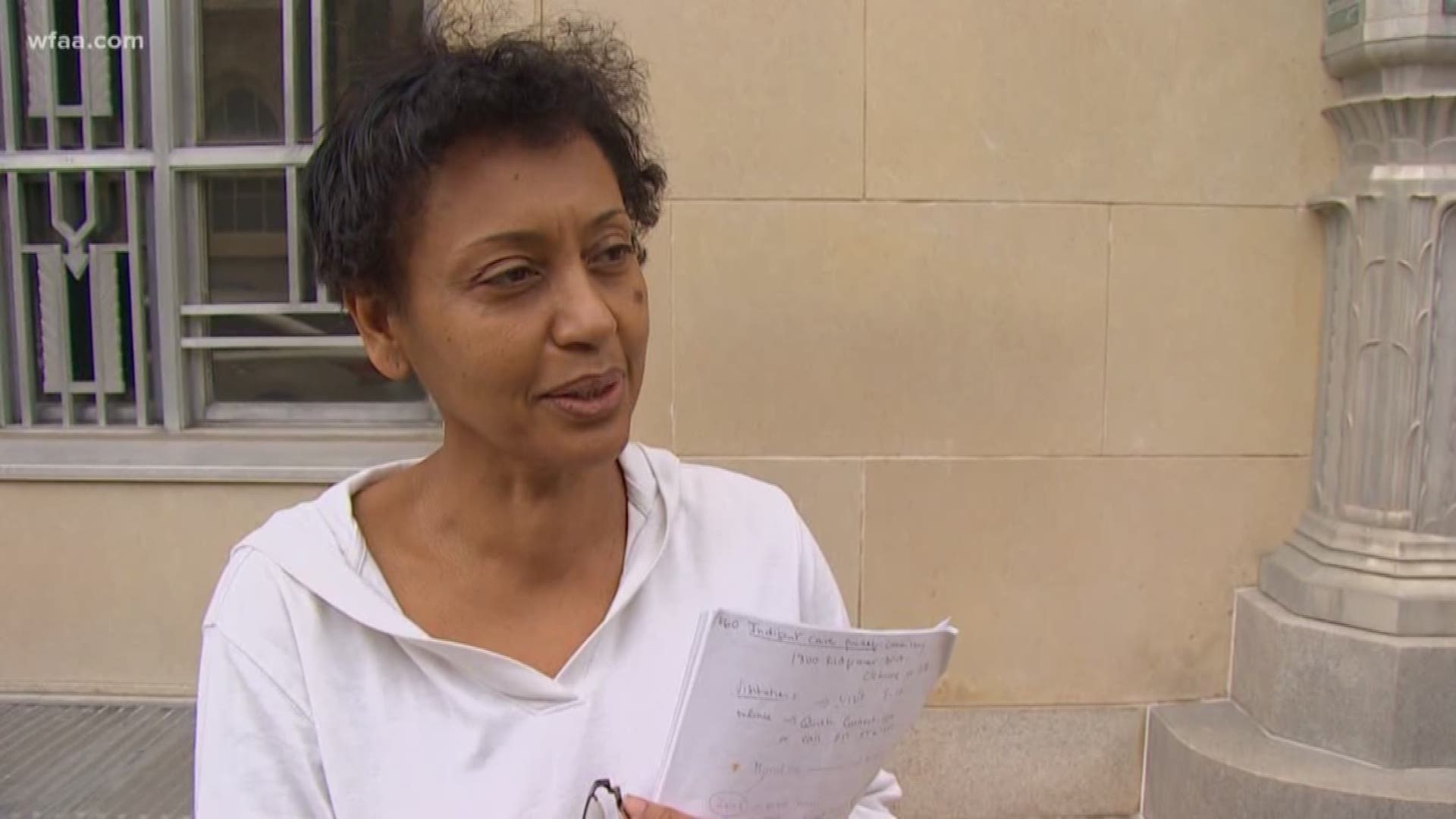 Moments after being released from federal custody, Denise Cros-Toure opened up exclusively to WFAA about the accusation that she and her husband, Mohamed Toure, kept a West African girl as a servant for 16 years.

"Was she related to you?" we asked.

"And was she brought here to be a domestic servant?" we asked.

Mohamed Toure is the son of the first-ever president of the African Republic of Guinea, the same country the girl came from. Mohamed did not want to speak to us, but his wife Denise addressed the case, telling us the truth will soon come to light.

"Were you surprised by this?" we asked Cros-Toure outside of court.

The accusations against the Toures have rocked their community in Southlake. In a criminal complaint, federal investigators claim the couple flew the young girl from Guinea to Texas in the year 2000. According to those documents, the girl was as young as 5 at the time. Cros-Toure's attorney believes she was closer to 13.

The girl told authorities she worked from sunrise to bedtime seven days a week, doing housework, yard work and childcare. She told them she wasn't educated and often slept on the floor, and investigators said she had scars on her arms consistent with being struck with an electrical cord.

"In the criminal complaint, it said you guys physically and emotionally abused her," we said to Cros-Toure.

"Of course not," she responded. "We would not do that to anybody."

Cros-Toure's attorney Scott Palmer released photos of the girl, who's now much older, from Instagram, indicating she had a normal life. Palmer said the family treated her like a daughter.

Authorities said she escaped in 2016 and is now with family in Houston.

The Toures are now under house arrest-- one of the many bond conditions they face-- as they wait for their next day in court. Palmer says the government now has 30 days to get an indictment from a Grand Jury.