'It all started with some coward and a knife': Man killed in suspected road rage stabbing in Greenville, family says 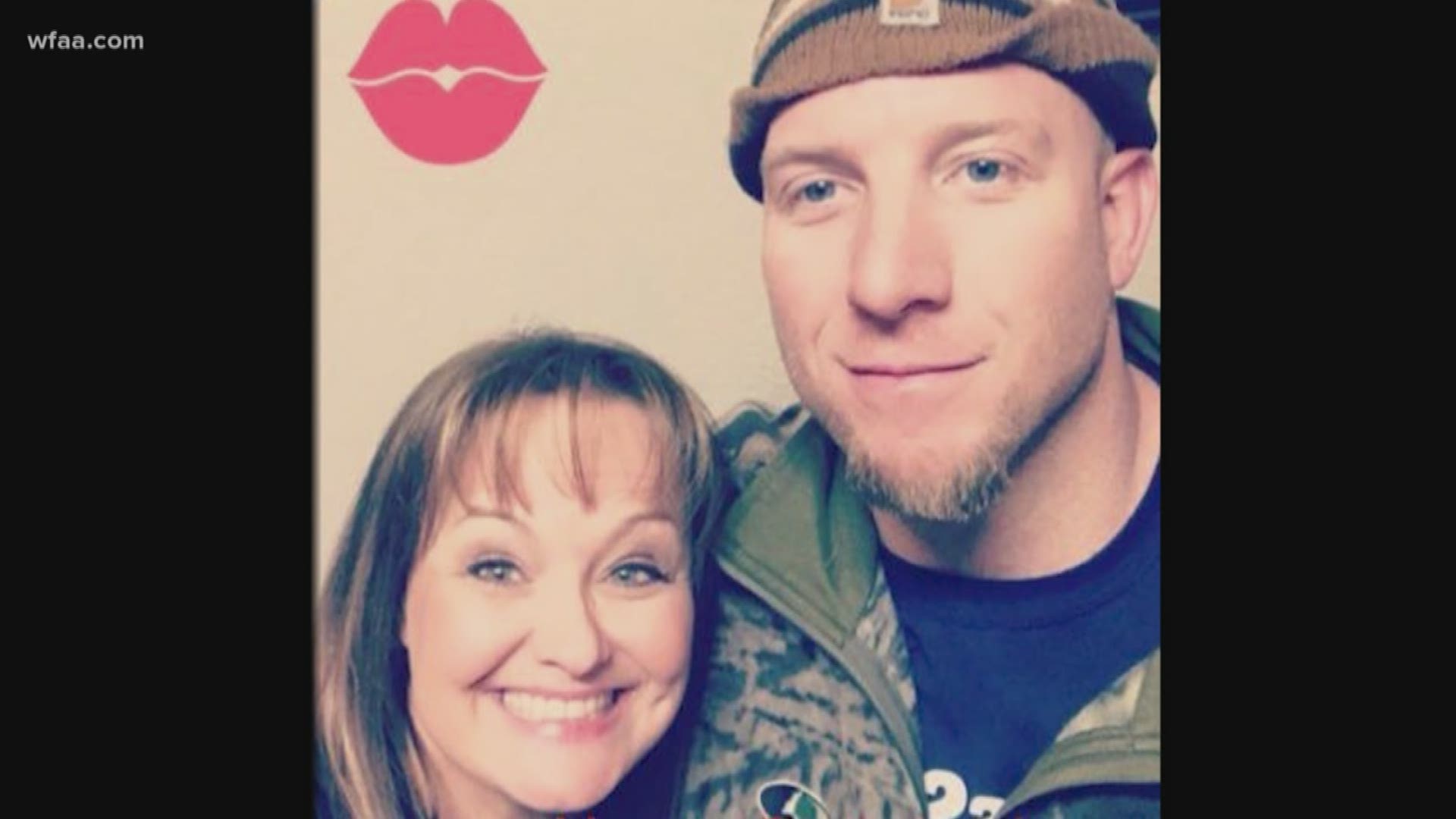 GREENVILLE, Texas — Bruce Smith, 43, was killed in a road rage incident on Friday, Jan. 24, according to Greenville police.

Greenville police confirmed to WFAA a man has been arrested for allegedly stabbing and killing the Lone Oak man.

Police had been called to a Walgreens on Wesley Street near I-30 in Greenville. They found Smith inside.

His wife, Gina Smith, said Bruce Smith was stabbed at a stoplight. He made his way to Walgreens to get help. She was across the street at the time, waiting to have dinner with him, when he called her.

"I was in the Schlotzsky's parking lot, waiting for him," Gina Smith said. "And he calls me, and he says 'Hey babe, I'm not going to make it to dinner. I've just been stabbed.'"

She dialed 911 and rushed to her husband.

"Me and the police officers ran into Walgreens, and he was laying on the floor in Walgreens," she said. "He had been stabbed multiple times."

Bruce Smith was flown to Medical City Plano to be treated, but he did not survive.

"He was my best friend," Smith cried. "[The suspect] took away my husband, my kids' father, and my grandkids' grandpa."

She said Bruce loved his two grandchildren and was a big part of their lives.

"We thought he was coming home, we didn't think it would come to this," Gina Smith said.

"It all started with some coward and a knife," he said. "I am more than heartbroken. I'm lost."

Since they were little, he said Bruce Smith had pushed him to be a better man.

"If there were categories or a definition of what a big brother should be, he fit it all," he said. "He was 100% the best big brother you could ever have."

"I would have never thought in a million years I'd be in this spot right now," Gina Smith said.

Anyone with information related to the incident is asked to contact the Greenville Police Department at 903-457-2900.