"The part that hurts the worst is that you can't really absorb all their pain," said Diamond Dixon. Her daughter has had four surgeries after a road rage shooting. 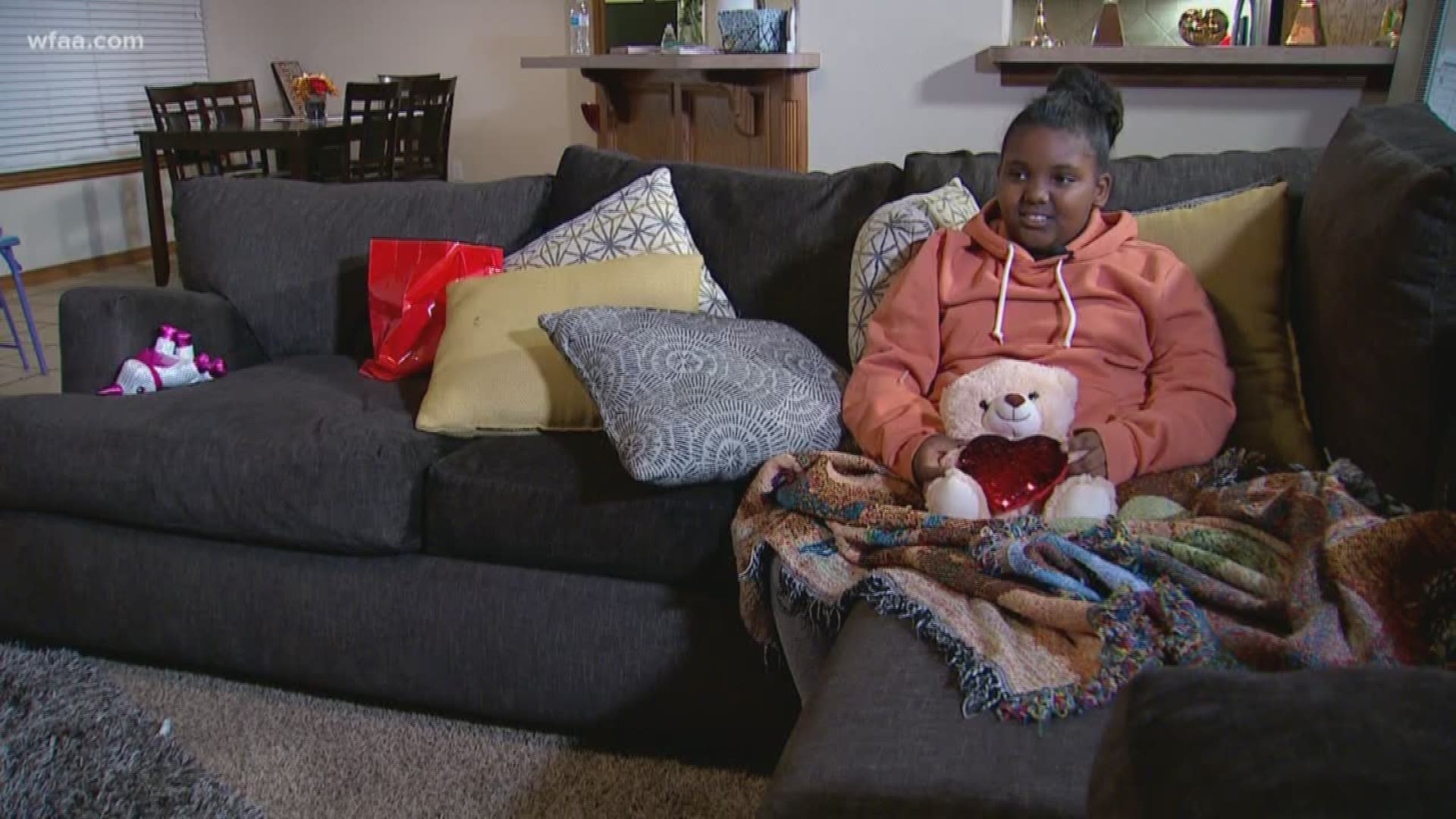 Diamond Dixon lives in Oklahoma City, but frequently heads down to Dallas to see friends. It's only a three-hour drive, and she often uses the weekends to make that trip. Last weekend, she took her second-oldest daughter named Rubye with her.

"This is the one weekend I actually had a child with me," Dixon said.

What was supposed to be a simple trip to Dallas turned traumatic when they were involved in a road-rage shooting. Rubye was riding in the SUV with her mom and her mother's friend when another driver fired several shots into the family's vehicle, according to Dixon. It was around 8:30 p.m. Sunday on Interstate 35 North.

Dixon says an older-model sedan raced in front of them and cut them off. She honked at the driver and Dixon says she raced ahead to get away from the suspect.

Dixon says the driver slammed on the brakes twice in front of her.

"You could hear it bouncing it off the car too...I heard like a ping-ping-ping," Dixon said describing the bullets hitting her SUV.

Dallas police said there were three shots fired into Dixon's car. One bullet hit Rubye on the left side. The family told WFAA the bullet rested near her pelvis but struck her kidneys and small intestine.

"[She] immediately started screaming: 'Mom I got shot, I got hit,'" Dixon said.

Dixon frantically drove to Children's Hospital in Dallas. Rubye has already had four surgeries, and a fifth surgery is set for a month later. She'll miss close to three weeks of school.

It hurts to walk, so she is mostly limited to the couch.

"The part that hurts the worst is that you can't really absorb all their pain," Dixon said.

Dallas police is searching for the shooter. Police initially described the shooter as a slightly balding white man with a salt-and-pepper goatee. He was last seen headed north on I-35 near the Mañana exit in a white, older-model sedan.

Crime Stoppers will pay up to $5,000 for information that leads to the arrest and indictment for this felony offense and other felony offenses.