'I didn't know what was wrong with me': Residents at iconic Dallas building say they're getting sick from high levels of mold

Four lawsuits have been filed against South Side on Lamar after residents say they got sick from mold in their air conditioning units. 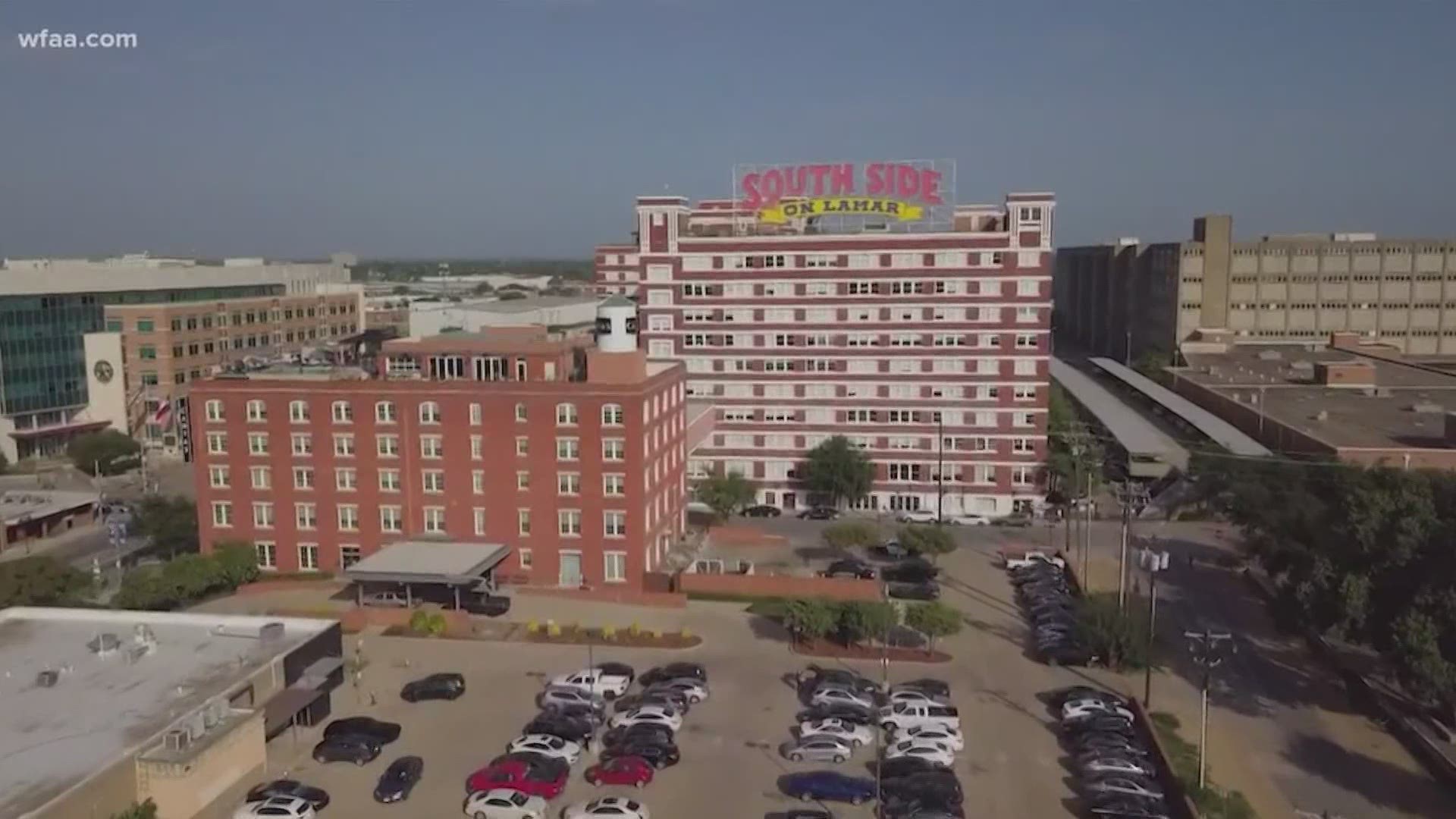 DALLAS — A lawyer said he's filed four lawsuits on behalf of clients over mold at the South Side on Lamar apartments in Dallas.

Several residents say they started getting sick just weeks after moving into their unit.

"I experienced, you know the worst migraines of my life. I just kept going to physicians and they kept putting me on more and more medicines,” said Kaitlyn Glass.

Glass said she also had trouble breathing and her symptoms kept getting worse.

"I knew something was wrong I just couldn't pinpoint I knew I was sick, but I couldn't figure out what was making me sick,” said Glass.

Glass, who is a nurse, said she was baffled until she saw our story on Laura Levine last June. Levine was also sick.

RELATED: 'I thought at times I was dying': Woman says mold in her downtown Dallas apartment made her chronically ill

Levine moved into an apartment at South Side on Lamar in July 2019. After only a few weeks, she said she became ill.

"A few weeks after I moved in, I got an upper respiratory infection. After that, I got ear infections in both ears,” said Levine.

She said she went to seven doctors and even had a sinus operation, but she didn’t get better.

"I’ve had surgery and I thought what is wrong? And there were times when I thought I was going to die,” said Levine.

She suffered chronic health issues for nearly a year.

Then she said she went to a specialist, who finally figured out what was wrong with her.

“And it wasn’t until eight months into living there, maybe nine months, until I found out mold was potentially the issue,” said Levine.

She said they found mold after doctors took a nasal culture.

Then Levine hired Mold Inspection Sciences of Dallas to check her apartment and the report showed high levels of mold in her air conditioning system.

Levine said she went to the apartment management for help and they offered to have the system cleaned. But Levine and her attorney said the mold is in her furniture and her belongings, and can’t be removed without specialized equipment.

She moved out and has been living with friends.

"It’s really a long process, and it was going to cost me upwards of up to $8,000 for my furniture, and that does not include the clothes,” said Levine.

Levine has sued South Side on Lamar’s owners for her mounting medical bills and the cleaning of her belongings.

“What she has been through, we are here to right a wrong,” said Wishnew.

Glass also had her apartment and air conditioning units tested by Mold Inspection Sciences of Dallas. She said they also found high levels of mold in her apartment.

Doctors also tested Glass. Her medical records show she had toxic molds in her body.

“My blood showed 15 different environmental factors, many of them being toxic mold,” said Levine.

Their attorney said he's filed four lawsuits against South Side and asked them to clean or replace their HVAC systems.

But he claims nothing is being done.

"I don't think they've done anything, but they need to do something, and people need to know, because what's happening to people is scary,” said Wishnew.

WFAA has repeatedly reached out to South Side of Lamar management and they've declined to comment.

Glass and Levine have moved out but say their health issues continue.